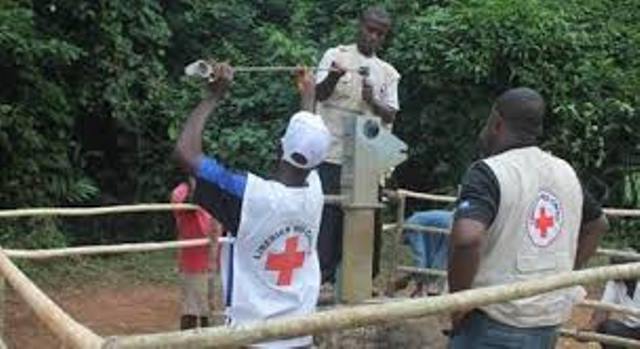 According to the Bomi County Red Cross field officer, the assessment was intended to start the rehabilitation of hand pumps and latrines in those communities that affected during the outbreak of the Ebola virus disease.

Speaking further, Mr. Quoye said their assessment discovered that most of the hand pumps in the seventeen Ebola worst hit communities in Bomi County are not functional.

The Red Cross Bomi County head field officer told Local Voices Liberia that the lack of safe drinking water is posing serious health hazard to the residents.
Mr. Zinnah Quoye in conversation with Local Voices Liberia disagrees with the ministry of public works reports that Bomi County has the highest water point in Liberia. He said currently in Bomi County, hand pumps are being observed running dry especially during this dry season.

Mr. Quoye said the towns of Klay, Dewein, Suehn Mecca and Senjeh districts are to shortly get hand pumps and sanitation facilities. He added that the process is to shortly commence and be completed ahead of the raining season.