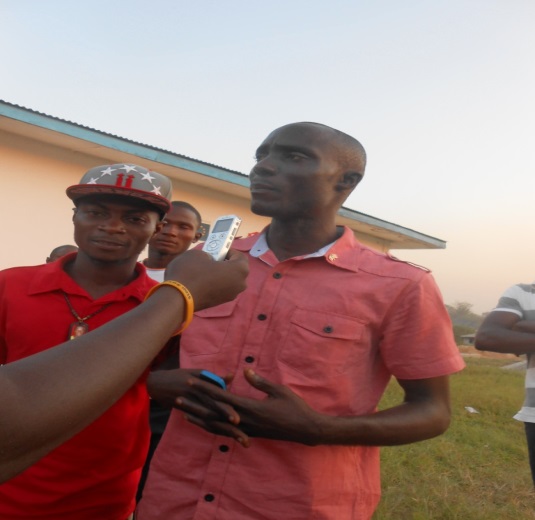 Speaking to Local Voices Liberia in Zwedru, Grand Gedeh County, the Media Officer for the Adolescent group of PPALin Grand Gedeh County said the teenagers will be distributing condoms across Zwedru and surrounding towns throughout the month of December.

Melvin Kamara said they are also creating awareness on sexual reproductive health in addition to the sharing of the condoms. He disclosed that the targeted beneficiaries are people above the age of 18 years. Melvin, age 13 told Local Voices Liberia that the move is part of the PPAL’s efforts to reduce the spread of sexually transmitted infections and unwanted pregnancy in Grand Gedeh. He said the group was trained by the Ministry of Health and Social welfare and BMZ – Germany’s Federal Ministry for Economic Cooperation and Development.

The PPAL is being supported with the supply of condoms and flyers by the Lutheran Aids Club and BMZ. Melvin asserted that as adolescents, they enjoy sensitizing young and older people on the sexual reproductive health and promoting preventative methods to avoid STIs and unwanted pregnancy in Liberia. “We enjoy talking with big people about STIs, unwanted pregnancy and the use of condoms, and our parents don’t have any problem with what we do. People consider our messages as valuable because of our orientation and ages too.” Melvin told reporters. He added that though their work is voluntary, they are succeeding in getting the message across because people listen to them on the field. He said they are working in collaboration with some youth groups in the Districts of the County to educate people on the prevention of STIs, unwanted pregnancy and the use of condoms. “The United Sisters in Putu (Konobo District) is one of the groups actively working with us,” Melvin said. Melvin also mentioned that the group is made of only adolescents and members graduate upon reaching ages of consent. “When you reach 18, you graduate from PPAL but we can still use you as a resource person,” added the 13 year-old who is a six grade student of RB Richardson Baptist School in Zwedru.

For his part, Prince Nimley, the General Service Provider of the adolescents praised the efforts of the Ministries of Health, Youth and Sports, Federation of Liberian Youth and the Grand Gedeh Youth Development Association and other partners for the level of support accorded the group. He also cited the lack of mobility, airtime on local media and funding as challenges confronting the PPAL Grand Gedeh Office.

In other news: MRU Youth Gets New Leaders

Speaking during the official pronouncement of the result, the Election Commission Atilas Kai said about 30 electorates from fifteen youth groups participated in the election. He said each of the voters was allowed to cast ballot for all three candidates. He told local voices Liberia that about fifteen youths grouping from the eight administrative district of Grand Gedeh which includes: Youths for Peace, Gbao Youth, Naio Youth Arti, Tchien District Youth, Grand Gedeh Youth for development, Putu Youths for Development among others participated in the election. Kai said each youth group sent in two electorates to vote for their two candidates. He noted that the electoral process was free and transparent through the massive support of the civil educators. He applaud the youths of Grand Gedeh County for demonstrating some level of majority in the process adding this is what we need from young people in our Country.

Following his election, Melvin Clarke thanked his fellow youths for the decision to elect him to the MRU youth Parliament, adding that he will prioritize information dissimilation in representing his colleagues.
For his part, Jestino Gaye applauded the youths of Grand Gedeh County for voting him to the parliament. He vowed to reconcile the young people of the county and to lobby for projects that will impact the lives of his people.