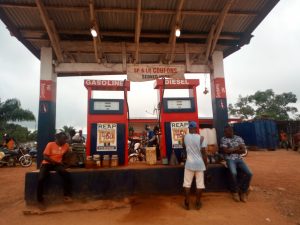 Buchanan – The increasing prices of major commodities and services in Grand Bassa County is posing hardship for locals, according to a to local residents.

Residents say it’s the first time major commodities prices are skyrocketing at this level in the county since the inception of Madam Ellen Johnson Sirleaf presidency in 2005.

They are blaming it on the delay into the electoral process, which fate will be decided by the Supreme Court in a couple of days. The conclusion of the presidential election has been delayed due to a rejection of results from the first round of voting on October 10 by opposition Liberty Party. The party is claiming “irregularities and fraud”.

Jackson Doe, a resident of Peace community in Buchanan, said, “citizens are now living in Liberia as if they are still experiencing the civil war days”.

“This country is getting too hard just like we are having war,” he said. “Even half bag of rice has climbed up to two LD$2,000.”

Doe said that some families can no longer have food on a daily basis because there is no job or money to keep them up.

Samuel Dayougar, a gasoline retailer,  told LocalVoicesLiberia that the prices of gasoline and fuel are climbing because of theuncontrollably increasing exchange rate between the United States and Liberian dollars.

Marie Jones says women who are now breadwinners of their families amid these difficulties in the county are feeling the brunt. Jones says her business is struggling because she receives fewer customers these days.

“All these things are happening because this one election is yet to finish, they are saying the matter is in court but we the citizens are the ones suffering from hardships,” she said angrily.