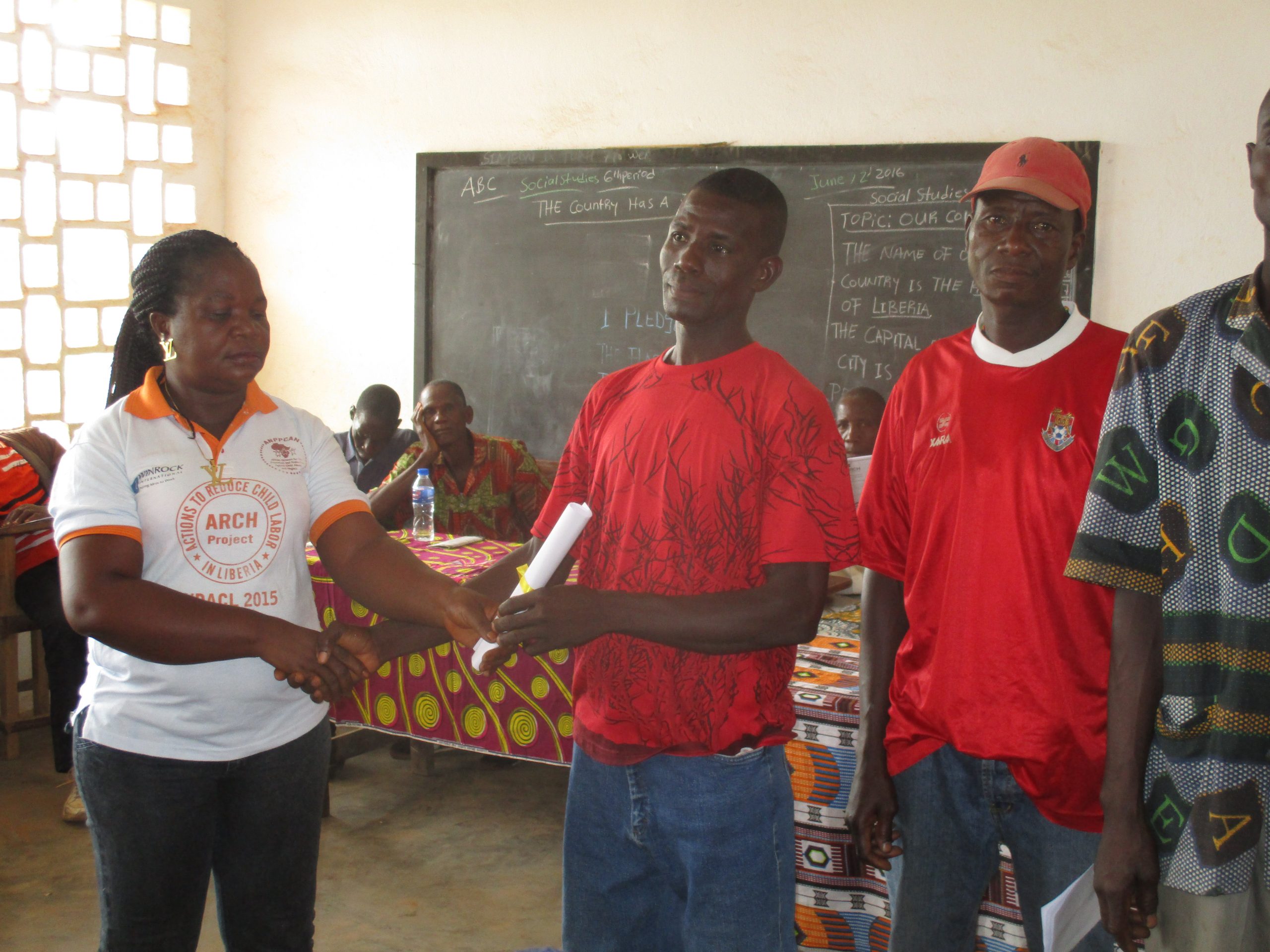 Belle District, Gbarpolu – Students at the government-run Fomba Public Elementary and Junior High School in Belle district are troubled by the lack of safe drinking water and the deplorable state of classrooms.

They are frustrated that the school, which is the second most populated in the district, has no access to safe drinking water.

The entire elementary session is currently holding classes in the unfinished office being built by the Parent Teachers Association (PTA).

The school has 529 students – 230 females and 299 males – and they have to usually return home during recess period to avoid drinking contaminated water.

“Really, we are suffering here, you see our school? We don’t have hand pump – nothing here,” said student Benetor S. McGill of the 8th-grade class.

“I am kindly asking the government to help us get water in our school”.

According to her, access to safe drinking water will help keep them in school.

Another female student, Iran K. Zaza of the 9th grade is worried about the deplorable condition of the classrooms.

“This building our lawmaker built for us is only used by the junior high classes,” she said of a four-classroom building constructed under the Legislative Support Project (LSP) fund.

“The students in the elementary division are learning in [the] dust,” she added, pleading with the government and NGOs to help complete the school.

“Our people started this school building for us. Because they have not finished with it, you see, there are no doors, some of the walls have fallen, and there is no floor, all the classrooms are dusty and open – they do not protect students”.

“Our little brothers and sisters are suffering too; they walk long distances just to come to learn,” student Zaza stressed.

Fomgba Sheriff took over in 2009 as principal of the school. He works along with 14 teachers and five volunteers, who are heavily supported by the PTA.

“Our people here support situation as they see it. They started that school, but they are still fighting it. In fact, every Wednesday they work for the school,” he said of the PTA contribution to the school.

“It’s regrettable to say that they too have a limitation, if they had the resource and know-how, by now, that their PTA project is finished, hand pump was not going to be a problem.”

Meanwhile, John Bellah, town Chief of Fassama and a member of the PTA, says he’s aware of the many challenges facing the school.

Many parents who spoke to Local Voices Liberia vowed to never give up on the education of their children despite the challenges.

“Our children just need to keep struggling as students in the midst of these difficulties so that they can be successful and that will be a history for them, too,” said Korto Johnson, a mother of two pupils at the school.

“I just hope that something good will happen in our children favor during this Pro-poor government,” added James Seekay a resident of Fassama Town, Belle District.

Hundreds of Students are drinking From Stream in a Swamp and bucket too
Logging Communities in Gbarpolu, Lofa Counties Demand Social Benefits