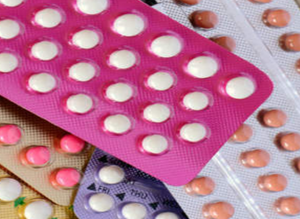 Bopolu City – Some concern citizens of Gbarpolu County have expressed their frustration over the delay in the full completion of the Voice of Gbarpolu, the county’s radio station.

They also want proper accountability on the usage of US$190,666.00 allotted to the “one-county-level radio project”.

“Let them make us understand, why this station is not on,” said Alfred Scott, a rural human rights activist.

“We need to audit these people,” R. Lincoln Johnson, a prominent youth of Gbarma district added.

Johnson wants the local authorities account for materials and cash that were intended for the project.

“I have seen the building with my own eyes, for somebody to tell me that the building is $50,000 dollars, equipment in the building is 50 plus thousand United States dollars, and then the station is off up to present, and no money for the staff to even start work to be informing our people. I think the project management Committee (PMC) chair needs to further explain to the people of Gbarpolu County,” he said, stressing that the PMC must be audited.

Milton Johnson, co-chair of the county Civil Society Organizations secretariat, added that the issues surrounding the expenditure of monies on the project are critical.

According to him, through radio, the voices of the local community can be heard in the county.

For Joseph Mulbah, a student advocate “the community should not be too fast to say the money was mismanaged.”

“We should hold our peace; this government is a government of accountability,” he said, adding that the “CDC led-government will never spell any corrupt act”.

“People will pay for what they have done. They have to make a report, the new government will audit them for all necessary funding for that building and how it was spent,” he said.

“You can’t tell me that US$50,000 building; this is the building you go and show me matches box.”

For the rural women president, Bendu Jah, she is hopeful that the station will serve as a light for the people of county but says the station must get back on air the soonest.

“I think if our big people can make sure to it for this county radio to come on, it will be a light in the darkness,” she said.

Sam K. Zinnah, the head of the PMC, insists that US$50,000 was spent on the construction of the radio station, while US$51,000 was used to purchase a 2.7 kilowatts transmitter.

“I think the civil society organization shall actually be calling the PMC, the county authorities to a meeting,” he suggested, adding that a forum would create the platform to ascertain the obstacles of the radio project.

“We are accountable to the county and our feet should be

Paul M. Kimba, the county development superintendent, told LocalVoicesLiberia that when the new county leadership takes over, it will act on various reports in order to move the county forward.

Funding for the radio project was allotted during the August 2016 County sitting when 56 delegates approved the project.

In that same year, on September 28, the PMC, county administration, district commissioners and stakeholders held a one day consultative meeting where the working group reviewed, corrected and harmonized errors in the past resolution and then approved the US$190,666.00 for the radio station project.

The fund was intended for the construction, purchasing of equipment, furnishing, and operation of the radio station, according to the working group’s meeting’s minutes

The Newly constructed county radio building is located in Bopolu City; opposite the Bopolu Central high school on the old telecom spot.

It comprises of a conference room, production room, news space, broadcasting/main studio, Manager’s office, Business offices, four rest bathrooms and a reception space which will be used for the daily running of the station