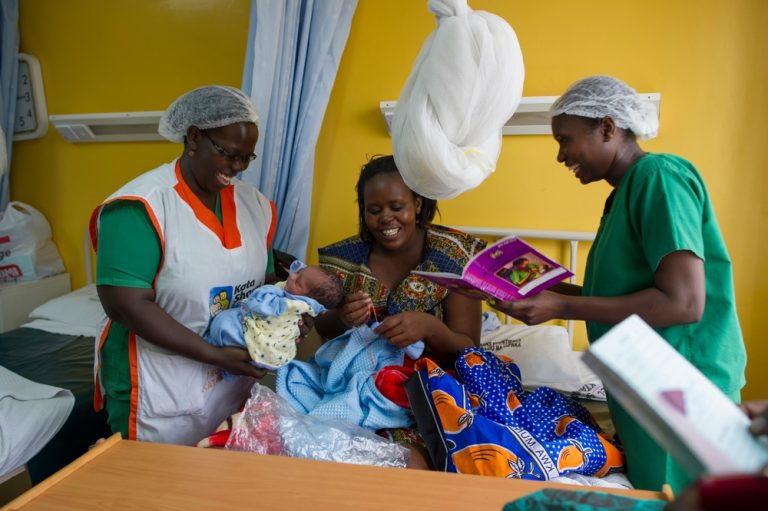 Bopolu City – Women in Gbarpolu County have called on the government to increase their participation in local governance to enhance togetherness and livelihood development in the county.

Report By: Henry B. Gboluma. Jr

They made the statement at an elaborate induction ceremony of the new county superintendent, Hon. J. Keyah Saah, who officially took over from Armah M. Sarnor on Saturday, June 30, 2018, in Bopolu City.

The induction ceremonial was fully attended by citizens and chiefs from the six administrative districts, local line ministry representatives and local officials of the county.

The rural women made the plea based on the exclusion of women in key positions in the local administration of the county.

President George Weah nominated Hon. Saah along with 16 other local officials on February 12, 2018. Since then, only J. Keyah Saah and Anthony Yorkor; Superintendent and Assistant Superintendent for Fiscal Affairs respectively have been confirmed by the Liberian Senate, while the rest are still awaiting confirmation.

Though the appointments were welcomed by the president of the Rural Women Organization of the Gbarpolu, Bendu Jah she was also concern about increasing women participation in the county leadership.

“The women are happy to work with you Mr. Superintendent, but please carry our message to President Weah that there are qualified women in Gbarpolu County,” she said.

She admonished the new Superintendent to work with the women in order to unite and move the county forward.

Also, speaking at the event, paramount chief William K. Mawolo, Sr., described Gbarpolu as “one of the happiest counties in the history of Liberia”.

According to him, since the creation of the county in January 2001, it was the first time for the superintendent to be appointed from Belle district and official induction to have been held where the outgoing leadership was in attendance.

The Bondi Mandingo Chiefdom head said, “Today, we the people of Gbarpolu County in general not only in Bopolu District, promised to work with you. Pease send our message to the president that he did not make mistake”.

In his turning over remarks, Armah M. Sarnor said a comprehensive report from the outgoing administration work with the PMC will be submitted to the new administration.

The formal superintendent added that his administration worked with the county’s legislative caucus and citizens to initiate several projects in the County.

According to him, there are some finished and unfinished projects.

Delivering his induction statement, Superintendent Saah said it was his dream to contribute to the development of Gbarpolu County through the collaboration of the entire citizens of the county.

He pointed out reconciliation as the first step towards sustainable unity and development after the 2017 elections.

The new superintendent commended the outgoing Superintendent for taking Gbarpolu to another level in terms of developments and assured citizens that his office is open to the former leadership to work in the interest of the county.

He cited healthcare delivery, good education, and good working relationship as the primary steps to development in the county.

Some residents called on the new superintendent to work with the lawmakers in order to fast track the confirmation of the other appointed county officials.