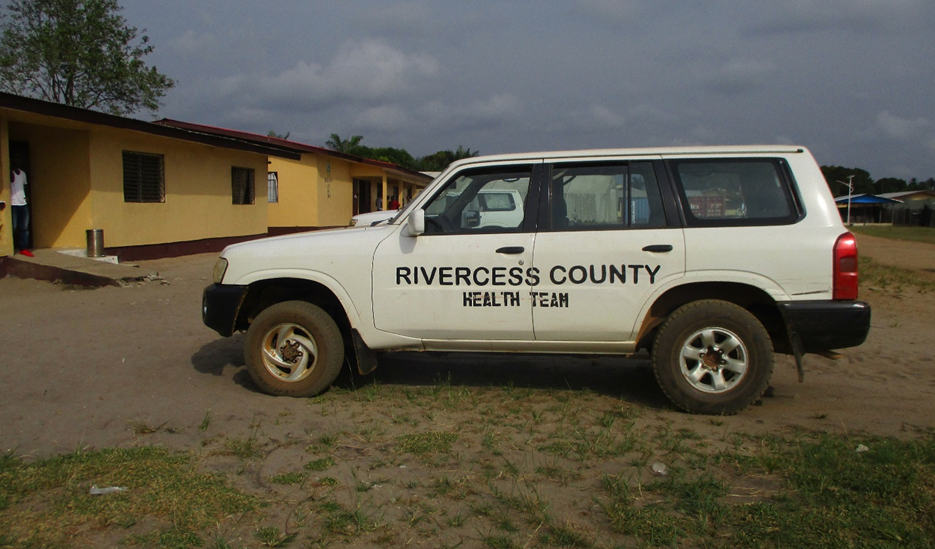 Pleebo, Maryland County – Business people in Maryland County say bad road condition is posing serious challenge to them. The situation is gravely impacting the local economy, thereby increasing the hardship on many Liberians.

Many vehicles are most time stuck in the mud for weeks, leaving travelling traders in predicament

A LocalVoicesLiberia reporter, who was on a recent field trip to Pleebo – the county’s commercial city – spoke with several traders and commuters who said that the condition of the road to Maryland is a major impediment to the business community.

At the same time, retailers are complaining about the increased of the prices of basic commodities such as rice, cement and gasoline.

“The people who sell (in) wholesale are making the goods expensive every day,” Judy Moore, a rice retailer said. “Last week, the rice was LD$2300, but this week we are now paying LD$2500.”

Judy Moore, a rice retailer in Pleebo’s general market, says the price of a bag of rice is increasing almost every other day

Rice retailers in the county are no longer using the usual one pound measurement cup; they are rather now using a one kilogram container which is sold for LD$95 and LD$100 at some places.

Frank Wah, the CEO of Frank Wah Inc. told the LocalVoicesLiberia that the prices of commodities are decided based on the transportation fares to the county.

“Last year, we were paying 3,500 Liberian dollars from here to Monrovia on taxi, but now we are paying 5,000 Liberian Dollars,” Wah said.

“So, when we pay all that money, we have to get it back from the goods.”

According to him, the drivers increased the transportation fares to Monrovia every year during the rainy seasons.

Meanwhile, Arku Kollie, the President of the Federation of Road Transport Union, confirmed that high fares are charged to transport basic commodities such as rice, cement and gasoline to the county “because of the road condition.”