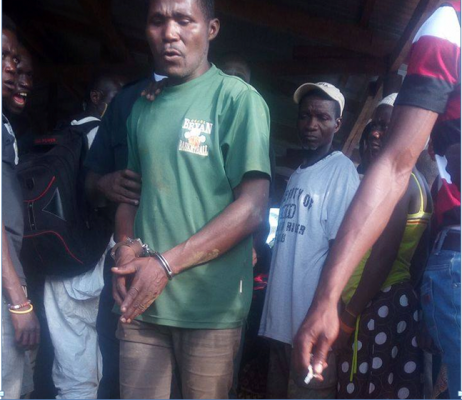 LocalVoicesLiberia has established that about 35 drugstores are currently operating in the county in collaboration with the county health Team.

According to health authorities, these drug stores are operating in direct compliance with the Ministry of Health regulations and are supervised by the County’s Board of Pharmacy.

LVL has also gathered that private clinics and drugstores – which also provide first aid treatment – have major drugs on their shelves that are not sometimes available at the Martha Tubman Memorial Hospital, the only referral hospital in Zwedru City.

Felecia Togba, age 41, a mother of five children residing in the Zoe Bush community in Zwedru, said both clinics and drugstores mean a lot to people of the county.

She argued that drug stores and private clinics are not only looking for money for themselves but they are providing actual services that even the government hospital appreciates.

“Though we are paying money for our own health but I think is it better to pay to drugstore owners where you can get the complete proper treatment than going somewhere else,” said Felecia.

She added that most times patients of the Martha Tubman Memorial Hospital are refer to private drug stores due to acute drug shortage.

Felecia urged the government to lay special emphasis on the health of its citizens in rural communities including more supplies to the Martha Tubman Hospital to effectively respond to the health needs of the people.

“I am very much happy with the way drugstores are coming in our county; in times past we found it difficult to get certain medicines the doctors prescribed for us, but now I can go in any drugstore when the doctor gives me paper to get drugs,” explains Ma Sarah Glay, 51, a resident of Kudah Bye community in Zwedru.

Glay, who recently bought pills from a drug store in Zwedru, added, “Here (drug store) the people can talk to me good, they can make me happy, I feel like I am in my home each time I come to buy my tablets”.

Jerome Y. Gaye, 39, lives in a community at the outskirts of Zwedru. He praised the Martha Tubman Memorial Hospital for its commitment to the county.

“While it is true that MTMH does not supply us all the needed drugs, they continued to diagnose our cases,” Jerome explained.

Meanwhile, Adullah Jalloh, Manager of Choice Pharmacy, a popular drug store in the county, says drugstore and pharmacy are quick means of accessing medication in the county.

Jalloh told LocalVoicesLiberia that the pharmacy doesn’t only sell drugs to patients, it also do first aid treatment in line with the County Health Team’s health protocol.

“On a daily basis, we are closely been monitored by the health authority in the county, we most often refer complicated cases to the hospital for further investigation and treatment.”

“We most of the time sell drugs prescribed by the Hospital to our clients,” Jalloh said.

The Choice pharmacy proprietor called on the Gorge Weah-led government to prioritize the health sector if the Pro-Poor agenda must benefit the common people.

“Though we are selling drugs to get money but I think our government needs to supply more drugs to our hospitals across the country. The hospitals should be equipped with drugs so that rural dwellers will not spend all their little earnings on medications during sick time. If my business collapsed where do I go when I get sick?” Jalloh said.

For his part, Martha Tubman Memorial Hospital Nurses Director, Thomas Neewry said “the County Health Team is doing all it can to provide full range of health services to the general public”.

“It is true that drugstores and pharmacies are providing requisite drugs to patients prescribed by health workers but our primary objective is for life to be saved.”

“The location of one’s treatment does not matter but what matter is for the life of that individual to be secured,” added Neewray. He emphasized that the establishment of drugstores and pharmacies across the county is a complete boost to the health sector, while encouraging residents of the city to consider Martha Tubman Hospital as the first means of accessing medication.