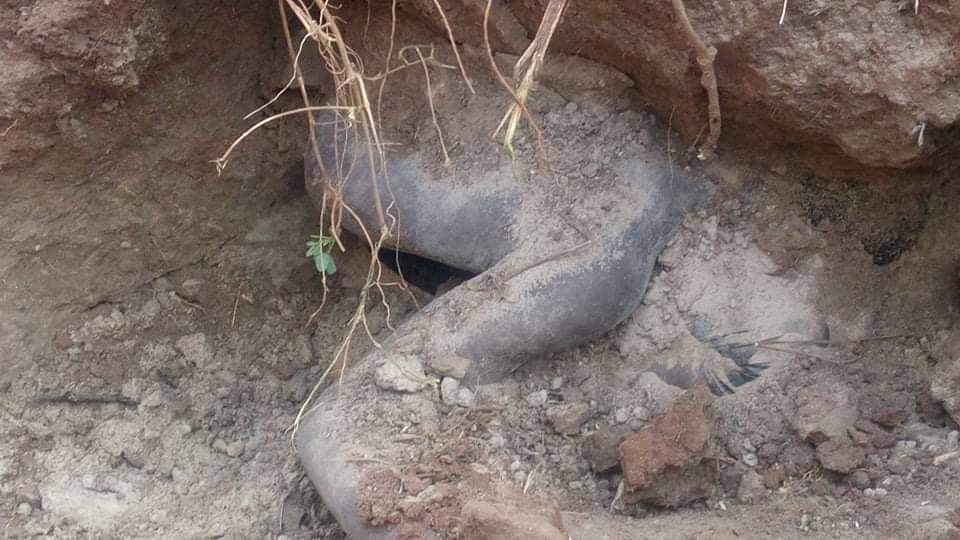 17-year-old Sam Sharty, Jr. and his half-brother have kept their family surviving all the while on sand mining, residents told Local VoicesLiberia.

According to the Clan chief Nacy Saylee, Sam and his six-year-old brother had gone to mine sand when a landslide occurred, burying him alive.

Eyewitnesses said the deceased’s little brother, who was unable to rescue him, rushed to inform residents in a nearby village, but before help could arrive, Sharty had already died.

He tried to free himself while shouting for help, but there was no bigger person around to help pull him out and I stopped hearing his voice, explains his 6-year-old brother in tears.

Sharty’s lifeless body was later removed from the sand. Several officers of the Liberia National Police from the county detachment were on the scene during the failed rescue attempt.

The deceased’s father, Sharty, Sr., said his son and some of his age-mates had been involved with sand mining and rock crushing for the past couple of years.

Residents of Poker and surrounding towns are known for river sand mining, which is used for building construction. It’s a booming sector and a pickup load of sand or crushed rocks are sold for $700 in the area.

When contacted,  the school principal Jackson Toe described the deceased as “one of the most discipline students in his class and also hardworking during workdays on the school campus.”