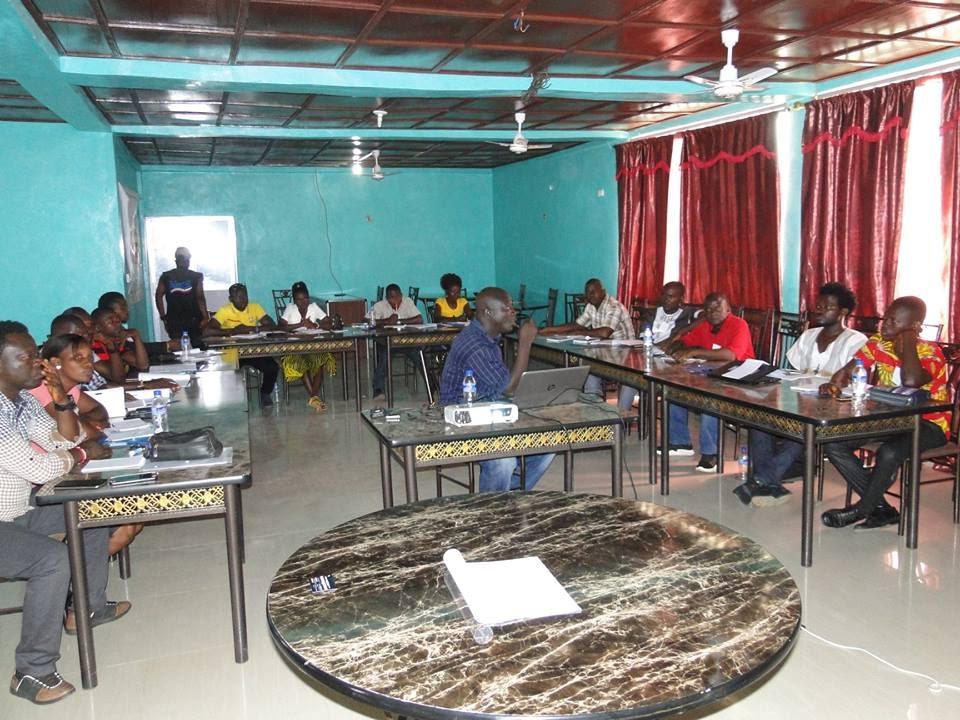 The training is being done by Intervews as part of its Citizens Engaged to Advance Electoral Reform in Liberia (CLEAR) project.

Internews is implementing the Liberia Media Development Program funded by USAID, with aim of increasing all Liberians access to independent and reliable information.

The CLEAR project seeks to strengthen the capacity of Liberian journalists to report on electoral reforms in ways that resonate with all citizens across the country.

Additionally, the project is providing journalists nationwide, skills and resource materials to enable them to pursue long term reporting on the National Election Reform Dialogue.

Speaking Monday at the opening of the training session in Ganta, Internews’ senior community radio advisor, Jefferson Massah, challenged the media practitioners to pay keen attention and grab the concept and lessons that will be thought during the course of the three days.

“We don’t want this training to be just like the ordinary training where afterwards, we don’t see any impact; we will continue to engage with you people to produce stories on electoral reform,” Massah said.

He said the participants will learn the difference between electoral reform reporting and elections reporting to help them effectively communicate with their different audiences on the subject matter.

In addition to training journalists across the country, Massah said during the eight months lifespan of the project, Internews will work with Liberian media partners to stage 30 community media forums throughout the country to enable citizens engage in electoral reform dialogues with the goal of building consensus on constructive reform initiatives.

Success Sulonkolo, a student of Cuttington University and a reporter at Super Bongese Radio in Bong County said the training is giving her a new knowledge as a journalist.

“The training is giving me a broader knowledge about electoral reform reporting, especially getting voices of citizens in the community about reform in elections,” Sulonkolo told Local Voices Liberia at the close of the first day of the training.

Upon her return following the training, Sulonkolo said she will use the radio to sensitize citizens and get their views on electoral reform issues.

The trainers are drilling the participants through the purpose of the CLEAR project, for electoral reform in Liberia, the 2017 election findings and recommendations of the Election Coordinating Committee, the National Elections Commission’s media engagement and communications channels, its electoral reform agenda, and tips on effectively reporting on electoral reform, among others.