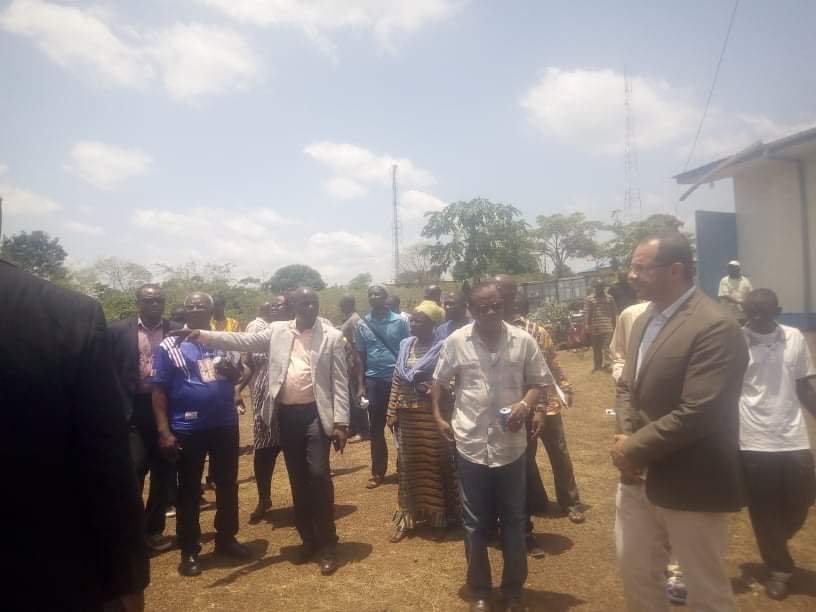 During their one-day assessment of the county’ health sector, the UAE visited the Chief JallahLone Medical Center and held a meeting with stakeholders and ordinary citizens of the county.

Dr. Francis Ketah: said the visit was a result of President George Manneh Weah’s recent visit to the Crown-Prince of the United Arab Emirate.

He said while President Weah was in the UAE, he had discussions with various entities that expressed willingness to support the CDC-led government.

He added that the UAE delegation had visited some health facilities and ascertain the condition of the health sector.

According to Liberia’s Chief Medical Officer, the team was “very, very curious and they said that progress cannot be made when the people are not healthy.”

He stressed the need for medicine and supplies and additional equipment and training of the staff as some of the priorities area for support.

Dr. Ketah said the Liberian government also proposed the construction of a modern health facility in Gbarpolu County and delegation asked for a site visit.

“So, this is why we are here today, so we want to see a real hospital in Bopolu City,” he said,

According to him, information gathered on the construction of the proposed hospital will be worked on and the project will start very soon this year.

Meanwhile, the County Health Officer of Gbarpolu, Dr. Musa Zuannah reemphasized the need for a hospital “that will cater to the people of today, the population of tomorrow and the challenges of tomorrow.”

He described the arrival of the UAE delegation as “a dream coming true for the Gbarpolu”.

“As you can see, we do not have X-ray, no enough space for good Lab in the Facility we have now. We need a hospital that will accommodate the patient we having, that will able to give us state of the art equipment that will help our diagnosis easily, to look after our patient very fine and make our work easy.”

He commended the central government for prioritizing Gbarpolu and as express thanks to the county authority for making 12 acres of land available for the proposed hospital.

The news of a proposed 100-bed hospital has sparked jubilation amongst people of the Gbarpolu County including county inspector, Edwin Davis.

“I want to appeal to the citizens of the county so that we all shall be prepared to put a hand under this project,” Davis said.

For her part, the rural women president of Gbarpolu Bendu Jah told LocalVoicesLiberia that “this is good news for our women and children.”

Many people that attended the meeting were happy and hopeful for the construction of the facility very soon.

Currently, Gbarpolu has one health center as the main referral health facility in Bopolu City and 14 clinics across the six administrative districts.