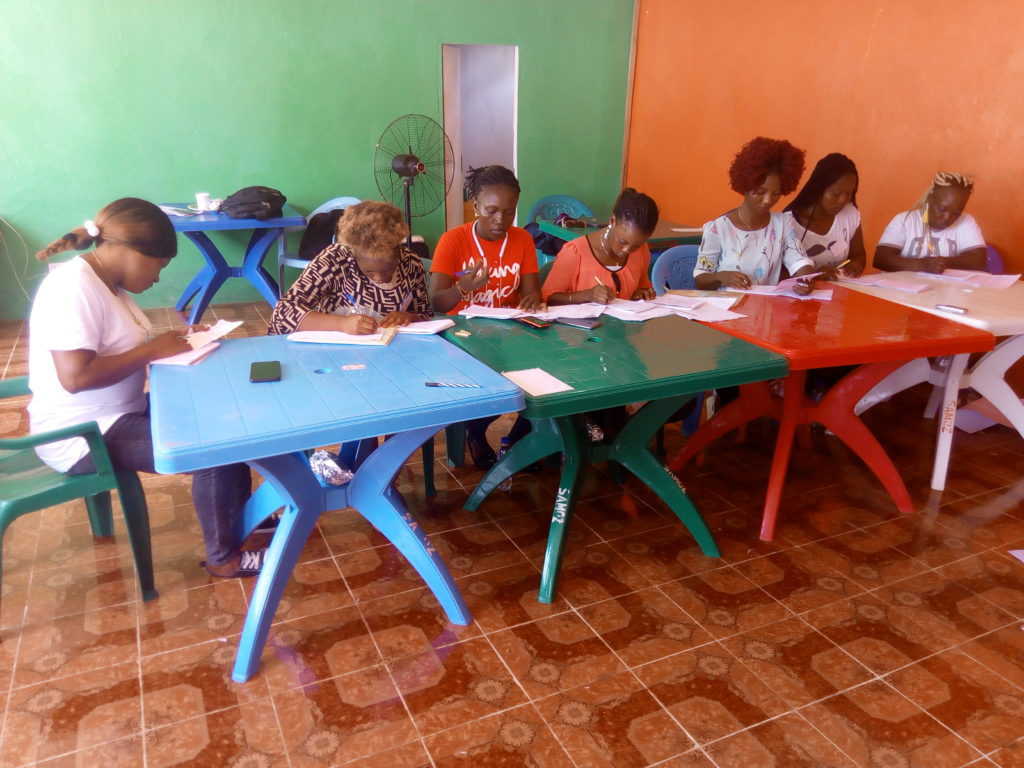 The training was part of Internews Liberia Media Development program’s Citizens in Liberia Engaged to Advance Electoral Reform ( CLEAR) which is funded by the United States Agency for International Development (USAID).

FEJAL President Siatta Scott Johnson told LocalVoicesLiberia that the training was intended to build the capacity of female journalists so they could master Electoral reform reporting.

“We came to train female journalist from five counties which include Margibi, Bomi, Gbapolu, Cape Mount and Grand Bassa Counties  on electoral reform,” she said.

“It is my expectation that those female journalists that were trained make use of the training by put the training to work”.

Thelma T.  Jacobs, a reporter Radio Wee in Grand Bassa County, praised  FEJAL and Internews for the workshop, and said the electoral reform reporting training was her first experince.

“I am going to use the knowledge gain to teach other women in my community, also I will do as many stories as a can for the radio,” Jacobs said.

Vasta Tarlue, Journalist based in Margibi County, told LocalVoicesLiberia that the training was an eye-opener for them.

“I am going back to my county to help educate others on what I have learned,” Tarlue said.

“I want to use this media to appreciate the partners who funded the training.  I am encouraging them to continue helping to train more females in Liberia.”