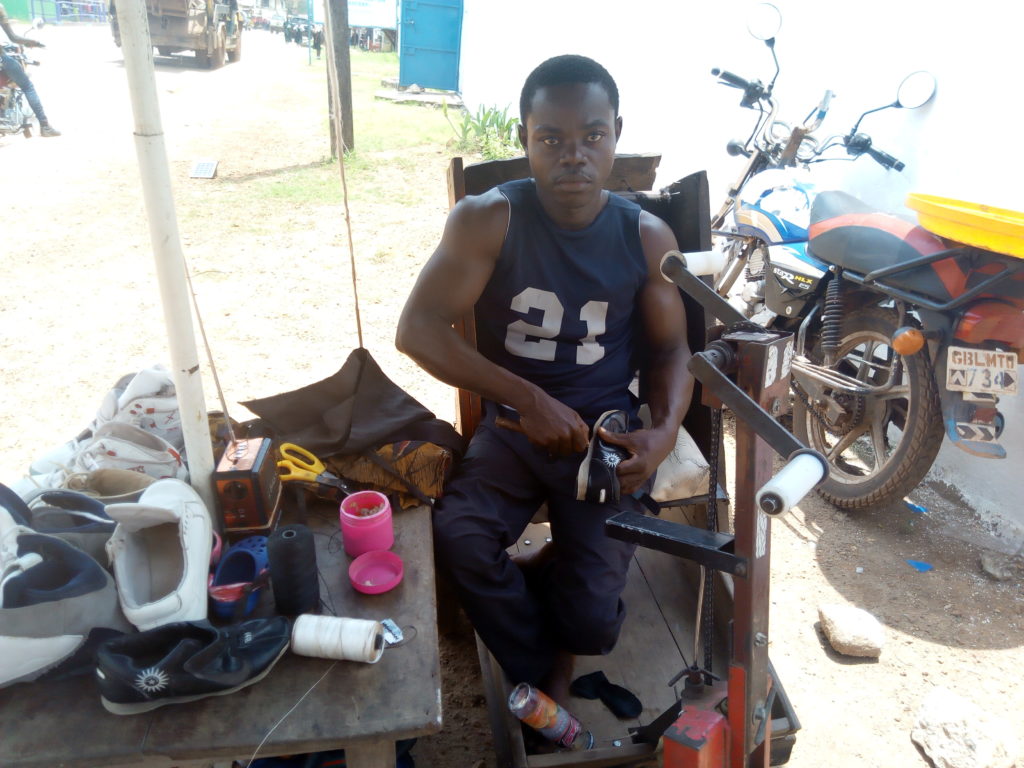 Buchanan – The coordinator of the disabled community in Grand Bassa County says the “many challenges” they are enduring is making their future bleaker, adding that those of them seeking tertiary education are being denied access.

Jerry Laffa told LocalVoicesLiberia that “it is difficult for us to attend the [community] college due to the distance, damaged bridge and the college structures are not disabled-friendly”.

“I graduated from the Liberia Christian High School two years ago. I managed to make my way to the community college but I couldn’t continue due to the challenges,” Laffa said Friday, April 12 in Buchanan City.

“I can be ashamed to enter class because I have to drag myself on the ground before entering the class with my dirty clothes”.

Lamenting how he could not use his wheelchair on the school bus, which commutes students to the college Paynesberry Campus daily, Laffa said he was constrained to discontinued classes.

“The college campus is very far from Buchanan; other students use the bus but we as disabled students do not have access to the bus due to our wheels,” he explains.

“On one occasion, I nearly fell in the river with my wheel when the heavy rain damaged the bridge leading to the college and it was reconditioned.”

Laffa, who coordinates activities of the community of physically challenged students in the county, stressed that they have complained several times about these challenges but the county administration is yet to listen or intervene.

“Only our votes are important to them but our wellbeing is not their concern. If they don’t think about listening to our cries, we as disabled are not going to form part of any voting process in Liberia,” he said.

Due to the existing challenges, Laffa says he has dropped out of school and has now become mending old shoes as a means of survival.

“Look, see what I am doing now,” he tells a LocalVoicesLiberia reporter who had gone to interview him. “I have turned to be a shoe repairer because I need to survive.”

Like many public buildings in Liberia, Grand Bassa Community College (GBCC) does not have a ramp, which makes the facility accessible to wheelchair users.

Dr. Nathaniel Gbassagee, former President of the college in one of his reports to the college board, promised to make the college accessible to disabled students.

Dr. Gbassegee’s promise was never fulfilled as he was replaced months later. And the current president has been struggling to deal with a massive challenge created by the collapse of the major bridge connecting the campus with the rest of Buchanan City.

Meanwhile, Laffa has renewed calls to members of the physically challenged community in the county to quit depending on handouts because “we need to do something for ourselves”.