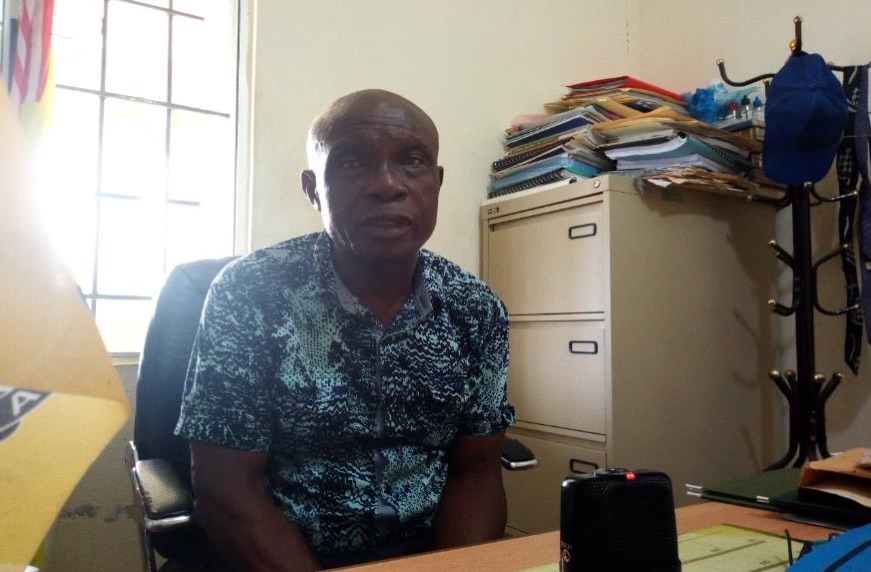 BOPOLU, Gbarpolu – Ahead of the 2020 senatorial elections, the stipendiary magistrate of the Bopolu City Magisterial Court, Augustine Tokpa, has recommended the establishment of a special tribunal to try cases of elections disputes.

The constitution gives the National Elections Commission adjudication power over election disputes: “Any party or candidate who complains about the manner in which the elections were conducted or who challenges the results thereof shall have the right to file a complaint with the Elections Commission.”

Tokpa believes that NEC’s existing role creates a potential conflict of interest, as the agency would be a player and a referee at the same time.

He called for an amendment in the law to allow for transparency and impartiality in adjudicating electoral grievances and petitions in cases where NEC is a respondent.

“If someone complains [against] me, I cannot be the same person to judge that particular case. That will be a conflict of interest, and that way of proceeding with interceding elections-related matters will not always be fair or even trusted by our people,” he said.

According to him, while it is true that cases to NEC are also subject to the right of appeal to the Supreme Court, it is now the right time to put in the necessary corrections in the laws to make the government more credible in the eyes of the public and to build their confidence.

The Bopolu City magistrate also believes that NEC lacks the necessary capacity to adjudicate issues in a timely and clear manner. He added that there is no evidence that elections magistrates have legal knowledge or have a proper understanding of the laws.

“So, we need a special electoral tribunal to help build trust in our democratic system in this country,” he said.

The judge also hailed the ongoing efforts to reform the country’s elections system and management by amending key laws.

He welcomed the recent statement by Deputy House Speaker Prince Moye at a forum organized by the Elections Coordinating Committee committing the House of Representatives to implement recommendations for electoral reforms aimed at improving future elections.

“What makes me happy and saying this is because of what the deputy speaker of our country said the last time on the radio that they stand ready to support a law that will boost future elections in the country and even make more people take part without fear,” he noted.

“So, I want them to legislate a law that will remove the judicial power from the National Elections Commission, to avoid potential conflicts of interest between the NEC executives, the citizens, and judicial functions.”

The establishment of an extrajudicial body to assume NEC’s judicial responsibilities is among several recommendations made by the ECC, but NEC’s chairman, Jerome Korkoya, rejected the recommendation.

“NEC is the referee, not by accident, [but] because NEC develops the rules for the elections,” he said in a previous Bush Chicken interview.

According to Lighe, the current line of responsibilities given to the elections commission to be the first to handle elections disputes is not unique to Liberia. He believes that NEC should keep its judicial power because he said the board of commissioners, which hears appeals, does not involve itself with operations.

He also disclosed that setting up an extrajudicial body would require additional funding, and given that elections are not conducted every year, he said the government would have an extra burden of maintaining the special tribunal.

He said NEC is better equipped and more knowledgeable to adjudicate electoral dispute cases, as the roles of the commissioners and the secretariat are separate.