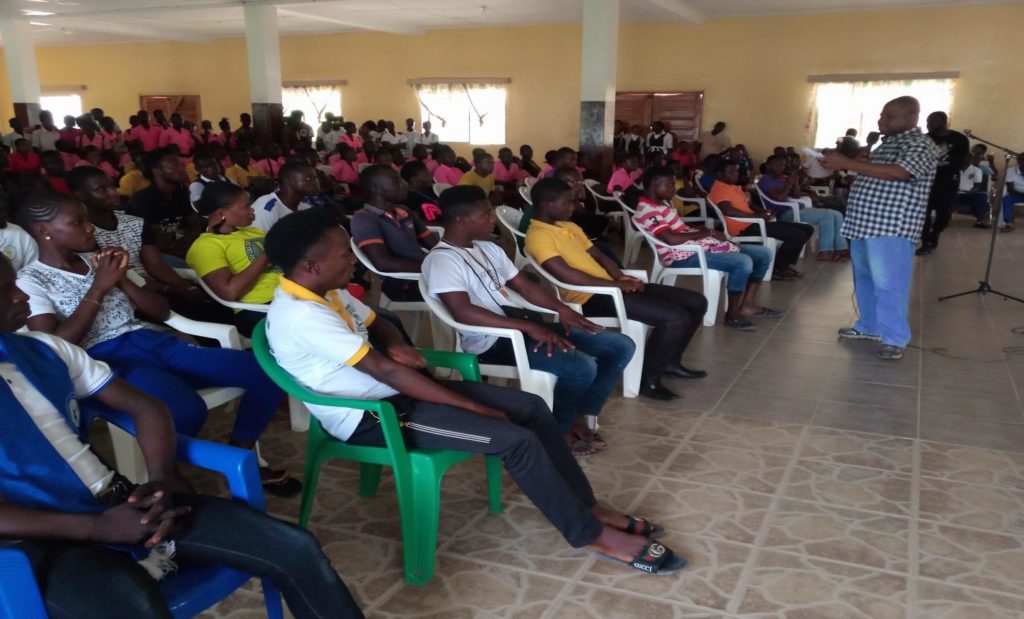 Based on the current laws, NEC is clothed with the authority to hear election disputes and make ruling, although a contending party has a last resolve by seeking appeal at the Supreme Court.

But Liberians in Lofa County are wary of such power vested in the country’s electoral body.

They believe that the current procedure for channeling grievance emanating during elections to the NEC hearing board is unfavorable for aggrieved individuals and parties since, in fact, allegations are made against the commission.

“How can I complain somebody and then go to the same person to look into my case. Will that person ever say he’s wrong?” said Akoi S. Borlay, the Clerk at the 10th Judicial Circuit Court in Voinjama.

Borlay was amongst hundreds of Liberians attending a one day community media forum held under the auspices of the Liberia Media for Democratic Initiatives (LMDI) in with support from Internews under its Liberia Media Development (LMD) Program funded by USAID.

The project dubbed “Citizens in Liberia Engaged to Advance Electoral Reform” (CLEAR) is a nationwide engagement implemented by LMDI under its dialogue program to solicit citizens’ views about the current elections laws of the country and to determine where reforms could be made.

Participants recommended that an independent body – void of any influence from NEC – be set up to look into electoral disputes so as to instill public trust in the system. They also called for a change of the election date.

Samuel Dorbor argues that the current date for the election is one of the primary reasons for low voter turnout during elections.

Another issue also raised by one of the participants at the one-day forum was the issue of voters’ trucking that exists along the border.

Student Mayamu Sheriff of the St. Joseph Catholic School said many politicians take advantage of the porous boundaries by trucking in foreigners from neighboring Guinea and Sierra Leone to vote in the elections.

“If you go to Guinea, we have Mandingos, Lormas, and kissi there. But these polple should not be allowed to vote in our elections. If they come and decide for us; they go back to their country and we will have to live here with the result no matter what”, said Mayamu.

Student Mayamu wants government put in stringent measures to deal with politicians who are truck in foreigners.

For her part, Mayamu Kamara of the Voinjama City Corporation, she wants more representation of women in government. She said women should be seen as front liners in the body politics of Liberia.

Kamara says women continue to provide leadership at different layers of society and as such, they should be given the opportunity to serve in bigger positions.

Said Mayamu: “If you check the various schools around…Multilateral, Kintoma or Sweedish school majority of those students in those schools are supported by single parents. They know how to raise children to be good in society. If we give them big positions, I am very sure they will do well there.”

Speaking earlier at the forum, Tonia A. Gibson Legal Analyst of LMDI said the CMF is aimed at sampling the views of ordinary citizens on issues that affect them during elections in the country.

Mr. Gibson said the forum is also intended to provide a platform for citizens to positively engage their lawmakers to revise those provisions in the constitution that are not in the best interest of the electoral system.

The Forum brought together several citizens, youth and students from Lofa including the senior Electoral Magistrate for upper Lofa Mr. Albert Smith who made short remarks, highlighting current steps taken by NEC to transform electoral laws in Liberia.