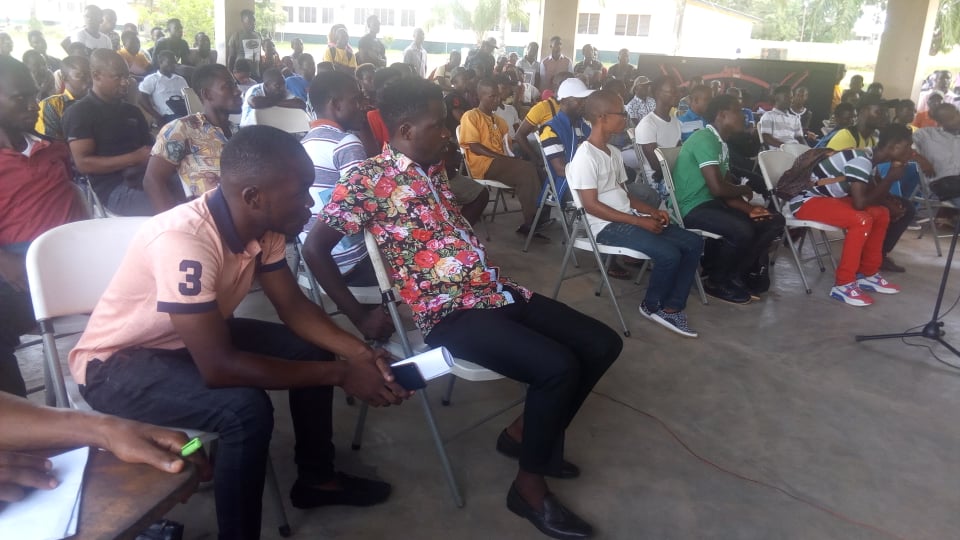 Harper, Maryland County – Liberians in Maryland County have called for a change in the country’s election’s date, saying that the current date poses serious challenges to voters.

They made the suggestions in Harper city during a community media forum (CMF) organized to discuss election reform issues.w

The CMF, which was organized by the Liberia Media for Democratic Initiative, brought together students of the William V.S. Tubman University (TU), in Harper and civil society actors.

“Alluding to the fact of Article 83 (a) of the constitution of Liberia that voting for president, Vice President, members of the house representative shall be conducted throughout the Republic of Liberia in October is something that needs to be revised during to this time and change of climate,” says Wright V Sola, student of the College of Health Sciences at the TU.

Sola suggests that the date should be changed from October to December. He said this will avoid disturbances by the rainy season that compounds the already bad road condition.

He added that the change in date would ensure adequate campaigning and civic and voter education.

At the same time, John Tarr, president of the TU student government, added that electoral reform is very important because “it helps to improve our electoral system by removing or correcting faults, and other problems”.

Tarr agreed that the date should be moved from October to December to allow for sufficient campaigning and civic and voter education, adding that this will minimize interruptions created by the rainy season and bad road conditions.

“I don’t know whether those days’ lawmakers took into consideration the improved and bad change in weather condition before enacting into law the election dates or time from the October to December?”

At the same time, Richlue Morlu, who is the CEO of Peace Liberia – a local NGO, said the rainy season which causes bad road condition contributes to voter apathy. He frowned at the framers of the law, alleging that they intended to limit the participation of indigenous Liberians.

“I see this whole thing (law) as an arm-bush set aside by our past leaders who were ‘all Congo people’ so that the indigenous people who own this country cannot be given the opportunity to participate on election day,” says Morlue.

Meanwhile, Theophilus Quaye, a student of the College of Arts and Sciences at TU, condemned the adjudication of electoral disputes by NEC.

“I will like to use this platform to call the attention of state actors, recommend that the judiciary should be placed directly in charge of election dispute cases and that the National Elections Commission be relieved of all judicial powers and responsibilities,” says Quaye.

For Wonder Wah, who is the speaker of the student government, the tenures of the president and lawmakers should be reduced.

“Our president leads the country for six years while the senators serve for nine years, and six years’ for the members of the House of Representatives, this is completely unfair and I strongly against it,” Wah contended.

He suggested that senators be elected for six years, and the president and members of the House of Representatives be elected for four years, adding, “with this I think the issues of today’s electoral confusion will be reduced”.

Julie Moore, Maryland County Youth President, also recommends that “a law should be passed to avoid sitting elected government leaders from contesting for another elected position if they do not resign their position”.

“If these guys are in position, and they want to participant in any elections or position. For me, I think there is need that they firstly resign whatever position they occupied because this is wasting a lot of government resources while the massive are suffering daily,” Moore noted.