Bomi County: Superintendent Under Fire After Telling Lawmaker To ‘Slow Down’ Development 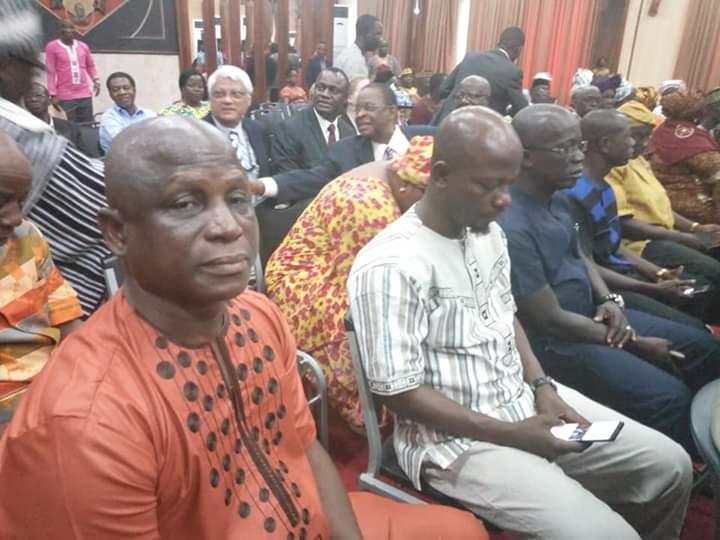 Tubmanburg, Bomi County – Bomi County Superintendent Adama Robinson has revealed in a stunning comment that he opted for the slow pace of development in Klay District, Bomi County.

Superintendent Robinson said he had earlier opposed “the speed” at which Bomi County District #2 (Klay District) Representative  Manneh Bishop Johnson was moving with his development programs in the district.

He added that he felt very uncomfortable with what the lawmaker was doing and told him to stop.

“I must confess I am the one that told Representative Mannah Bishop Johnson to slow down development in the district because of the speed he was moving with,” said the county superintendent.

The statement made by the Bomi County Superintendent came as a shock to many citizens of the county, describing it as unfortunate.

The superintendent made the statement over the weekend at a one-day meeting organized by Klay District Representative Johnson to deliver his Legislative report to his constituents.

Following the superintendant’s comments, some residents who called a popular radio talk show in Bomi County criticized him for his action and comment and called on President Geroge Weah to dismissed him.

Some of the callers referring to themselves as members of the ruling Congress for Democratic Change claimed that the Bomi County Superintendent is against the vision of the Pro-Poor Agenda for Prosperity and Development and as such he should resign from the position.

Since becoming superintendent for the county in April 2018, Robinson has come under criticisms for alleged corruption and financial malpractices, while others have slammed for “poor administration” skill.

Two months ago, Mr. Robinson was accused of controversially ordering the sale of scrap irons and yellow machine equipment owned by the county. The situation sparked serious confusion across the county follow by protest.