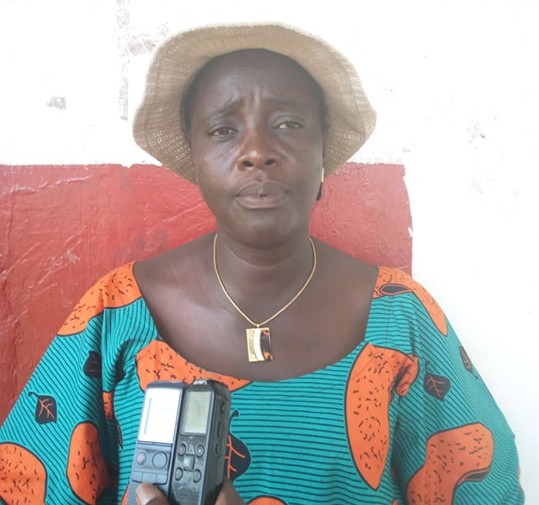 Bong County – The Civil Society Chairperson of Bong County Madam Marline Jarboe says “it will be good to move the date of the elections from October to December” to allow adequate campaigning and civic and voter educations.

The current Liberia elections’ date is the second Tuesday in October of each election year, according to article 83 ‘a’ of the Constitution.

However, some locals, many of whom are farmers, say they abstained from the 2017 elections due to the condition of the bad road in major communities across the Bong County.

Other said they were unable to cast their ballots due to heavy down pull of rain that also resulted in the bad condition of the road.

“We left from here that morning and we chartered car to carry us but unfortunately, we were stuck in the center of the road for more than seven hours,” recalls Moses Kerkulah, a resident of Kpoyalah.

“At least when the date of the election is changed, from the rainy season to dry season, many of us who are living in rural parts of Liberia will be able to form part of the decision-making processes of in our country.”

Kerkulah added that it would be an added advantage for people in rural Liberia to exercise their voting right if the government through its Legislative branch would ensure a change in the election’s date.

For Tiangeh Taylor, Executive Director of Impact Girls Liberia – a local NGO, he wants a framework to be put in place to prevent sitting elected lawmakers from contesting for another elected position without first resigning his or her current post.

She said the current system allows a waste of public funds because of the prevalence of by-elections caused by already elected public officials being elected to another post.

“When they change the date, it will help NEC because poll workers will not be disturbed by rain, they will do their jobs better,” added a community youth leader, Amos Mulbah.

According to Mulbah, “if we uphold the contemporary date of the elections, there will always be low turnout due to the rain and bad roads”.

Benedict Roberts, Director of CARITAS Gbarnga, says he “strongly supports the citizens who are requesting a change of the election’s date”, adding that “such change will also help the country”.

At the same time, the Upper Bong NEC’s Magistrate has admitted to challenges poll worker usually go through during elections.

According to Magistrate Daniel Newland, the recommendations by locals in the county were not far from what has been proposed by local and international organizations who observed the 2017 general and presidential elections.

It can be recalled that after the first and second rounds of the 2017 elections, which were generally certified as calm and orderly by NEC and international observer missions, the Elections Coordinating Committee and other International observers put forth recommendations for electoral reforms.