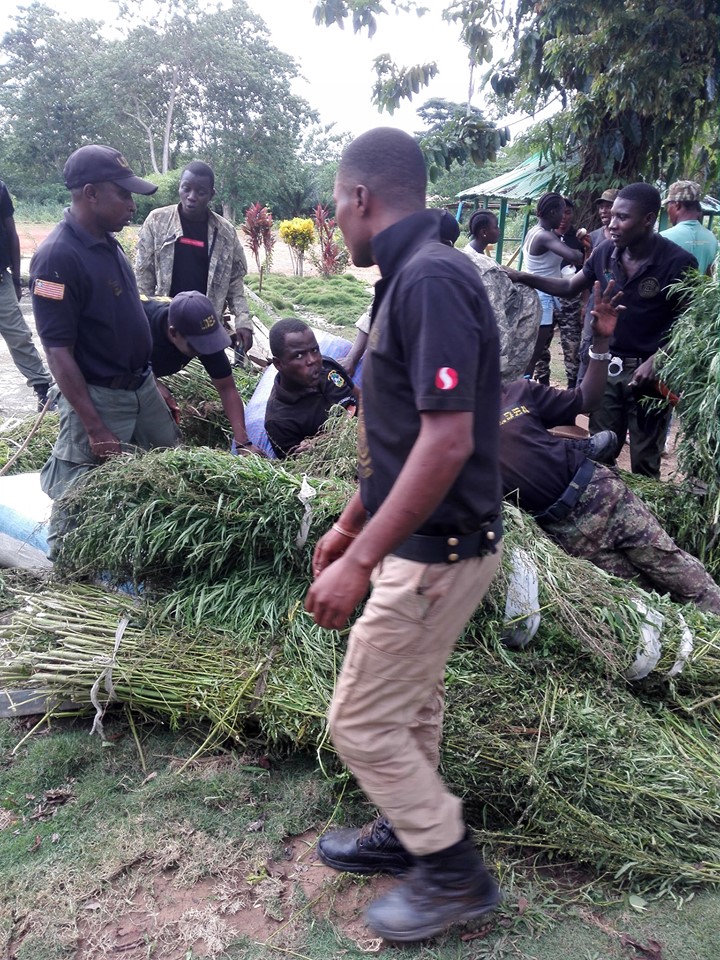 The marijuana was cultivated by officers of the LDEA, and community dwellers and was transported to Zwedru for the public to see.

The LDEA has complained about the country’s weak drug laws, which the agency says makes it difficult to crack down on what remains a largely domestic marijuana trade.

Speaking to reporters after raiding the farm, Octavius Manning, the LDEA County Commander said the exercise was prompted by a hint from the community.

“Based upon the tip-off, my guys and I went early this morning to the town, we stop our motorbikes and car on the highway, walked on the farm, but while we were going toward their tent in the farm they all fled in the bushes so we did not grab any suspect,” Manning said.

He, however, added that arrests have also been made due to constant awareness of the dangers associated with the use and sale of harmful drugs and substances.

“I don’t know that my people are producing marijuana in my town, it is strange to me because I can’t follow people that go in the bush for farming,” Gwion told LDEA agents in the presence of reporters.

Ahead of national drugs burning day on June 26 this year, the LDEA detachment has embarked on a robust sensitization campaign about the dangers associated with the use and sale of harmful drugs and substances in the county.

The campaign is targeting several groups and institutions, including schools, civil society organizations, women and youth groups, as well as intellectual centers across the county.

Commander Manning told the citizens of B’hai district that the campaign is intended to “discourage drug users, producers and sellers from engaging in such ugly acts”.

He lauded the county administration, local leaders and community members for the level of support in the enhancement of his work.

Meanwhile, Manning has cited lack of transportation and other logistics as challenges facing his team, while calling on the requisite authorities to address the situation.

He said over the past months, they have made arrests of huge quantity of narcotics substances from both Liberians and foreign nationals, especially Nigerians at various crossing points in the county.

The LDEA Commander announced that the drugs seized will be destroyed in the public in the coming days.