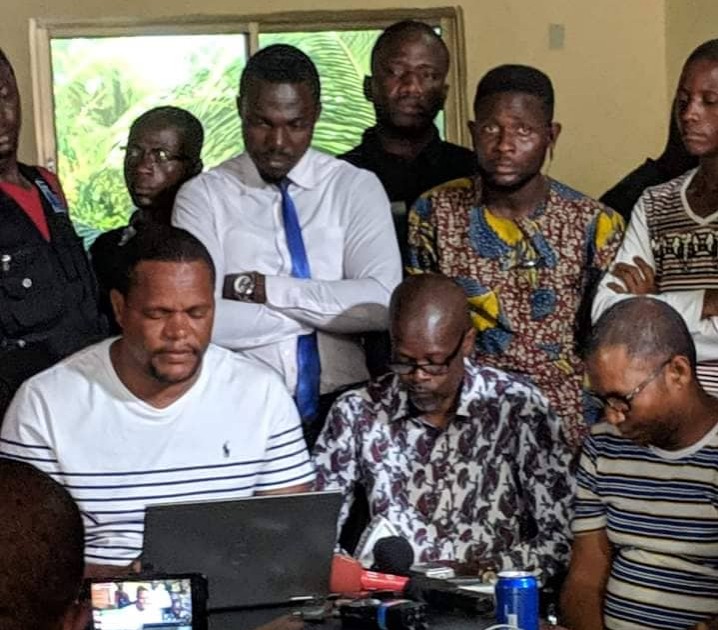 Monrovia – The organizers of the June 7, Save The State protest, the Council of Patriots (COP) want the three branches of government of Liberia to urgently proceed with efforts to amend the country’s electoral laws.

The COP’s electoral reforms recommendation is the first listed under the Governance, Human Rights and Rule of Law amongst the many recommendations contained in a petition released by them on Sunday, June 9, 2019, at the headquarters of the All Liberian Party.

Henry Costa, a member of the COP read the petition on behalf of the planners of what has been considered the largest protest in many decades of the country’s history.

The COP wants the Executive, Legislative and Judicial Branches of Government to urgently proceed with efforts to amend and/or repeal the current Electoral Law.

Although they did not point out any particular article to be reform, their call is in line with many suggestions coming from Liberians, who have been making suggestions at several community media forums across the country as part of the ‘Citizens in Liberia Engaged to Advance Electoral Reform’ (CLEAR) – a project implemented by Internews’ Liberia Media Development, which is funded by USAID.

At some of the ongoing electoral reform’s CMFs, many Liberian have recommended that additional electoral laws be enacted to preclude sitting lawmakers from participating in by-elections unless they resign their existing position.

There have also been suggestions for the change in electoral date because of challenges posed by the rainy season.

Others have also called for the establishment of a special court to hear election disputes instead of the National Elections Commission, that has been criticized for being a player and referee when there’s a dispute.

At the same time, some Liberians even believed that amending the tenures of elected officials might hasten development in the country.

NEC has hailed the ongoing awareness on electoral reform issues and has hinted at its support for consolidated national effort for future Electoral Reform.

NEC also wants Liberians to use any future referendum to convert electoral reform suggestions into Laws.

In fact, the Elections Coordinating Committee (ECC) and other civil societies, National and International Organizations or Missions have said that it is befitting to reform Liberia’s electoral laws to help rebrand or uphold the integrity of the government and enhance future elections.

Even the  Chairman of Liberia Law Reform Commission, Cllr Boakai Kanneh said to ensure that the NEC remains neutral and more focused on running the election systems, it would be prudent that elections disputes are placed in the province of the Judiciary not only at the very terminal stage of the Supreme Court. And this will require reform as well.

Moreover, the Deputy Speaker of the House of Representatives has assured that the body is committed to the passage of reforms that will improve the conduct of future elections in the country.

Representative Prince Moye said at an event in Monrovia that “Promoting the improvement of our election process should start as soon as possible and the Legislature is committed to playing its part”.

Meanwhile, the organizers of the Save the State protest have given the CDC-led government one month to address their concerns.