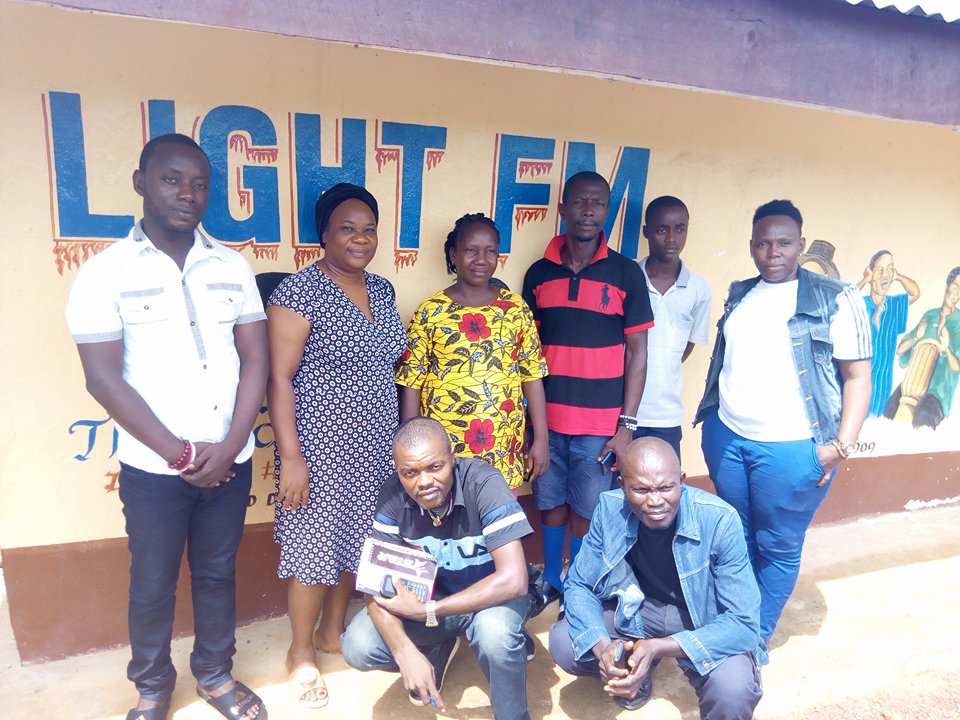 The station was constructed by Representative Mary M. Karwor with the aim of lifting the voices of the rural communities of the county. But it has since lacked basic training for its reporters and staff.

Torwon Sulenteh Brown, Internews Media Advisor who conducted the training, told LocalVoicesLiberia after the workshop that it was intended to educate staffs of the station on how electoral reform reporting works.

“Electoral Reform Reporting is different from election reporting. The difference is that Election reporting focuses on trending issues during elections but electoral reform reporting does not focus on that but rather focuses on citizens’ perspective on the election laws,” Brown said.

Richard When, Manager of Light FM, said the training enlightened his staff about the key elements of electoral reform reporting, adding that it is the first opportunity for the station staff to be trained by national media development partners.

“I have been worried about who to train my workers including me but I am so happy that Internews came in and helped us,” Wheh said.

“We learned many new things during the training, some of which are tracking fake news, Electoral Reform Reporting, the importance of investigation before reporting and many other things.

“The training was a blessing for us and so I want to say thanks to Internews and USAID for helping us. We that are located in the rural areas are suffering due to the lack of training.”