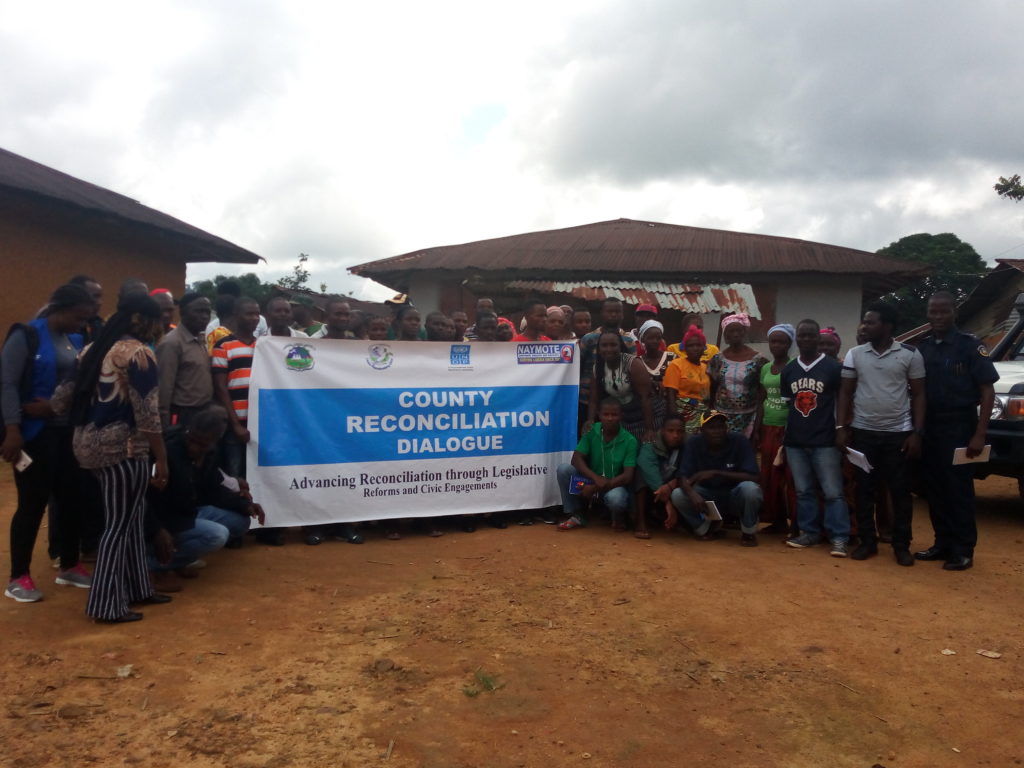 Bopolu City – Several people of Gbarpolu County have recommended the establishment of a county-level taskforce to monitor the mining sector in order to help reduce the rise in illicit mining activities across the county.

They are worried about the increasing rate of drugs abuse and the influx of aliens involve with illicit mining activities across the six administrative districts of the county.

“The mining activities in this county has [also] increased sexual assaults by aliens in the mining areas especially in Dorkorta,” says Samuel Morris, who is the president of Gbarpolu Students’ Union, while making a group presentation in the Bopolu city on July 19.

“Our girls are being allegedly used by Ghanaians who are mining here.”

According to him, the mining activities are posing more threats to the livelihood of citizens in affected areas.

“With all these huge mining going on, our people are still living below the poverty line – no good roads, limited health facility and the worse of all, the mining activities is a driving force to the reduction of students enrollment in schools,” he added.

“This group is recommending that [a] taskforce be instituted to be monitoring the mining sector in our county to minimize some of these acts.”

Joseph Akoi, Development Superintendent of Gbarpolu County, has also pointed accusing fingers at the Mines & Energy Ministry’s agents in the county, claiming that they are influencing illicit mining across the county.

According to him, mining agents are refusing to share their reports on the ongoing mining activities with the county leadership.

Mr. Akoi claimed that the mining arrangement in Liberia is poor, adding, “When they’re doing their mining, whatever they get, they are not reporting at the county level – when you asked the mining agents, they refer you to the ministry”.

“This is increasing the illicit mining activities and in fact, no accountability in the mining sector,” he said.

Bendu Jah, head of the rural women of the county, suggests that if actors of the mining sector work with the local leadership, illicit mining could be curbed.

Said Jah: “Mining agents alone checking on the mining business is not helping us. We the women are suffering from this – because in these mining places, more foreigners are coming in every day, drugs abuse is rampant and sometimes rape and gender-based violence.”

She then called on the government to take “quick action to address some of these issues” including the setting up of a task force.

These alleged reported missteps in the mining sector are leading to more unlawful mining which is also robbing the government of revenue, according to Parry G. Young, senior revenue collector of Gbarpolu County.

“We need a holistic mining sector to improve our revenue at the county and even improve the living condition of people living in mining-affected communities.”

At the same time, many participants attending the palava hall dialogue organized by Naymote Partners for Democratic Development held July 19, have called for more awareness on issues affecting the communities, empowerment of local leaders and the sharing of information amongst stakeholders.

The town hall meeting was held in Sappimah Town and in Bopolu City as part of county-level reconciliation dialogue under the topic advancing reconciliation through legislative reforms and civic engagement.

Naymote, a pro-democracy advancement organization, initiated the dialogue with support from the Liberia Peacebuilding Office through UNDP.

“We want to ensure we have diverse citizens’ participation in localize reconciliation efforts and to create the space for inclusive and participatory dialogue in support of reconciliation and development across Liberia,” said Moses Bailey, the regional program officer of Naymote.

According to him, the dialogue provides the platform for citizens to discuss issues that could trigger conflict in society.

According to him, Naymote Liberia piloted the project in Bong and Margibi counties in 2017 and subsequently developed a five-year reconciliation plan for each of the county.

“Bong and Margibi are gradually using their plan. So, that is why we want to do for Gbarpolu. At the end of the day, these responses will be put together and we will develop a reconciliation and development road map for this county,” Bailey said.