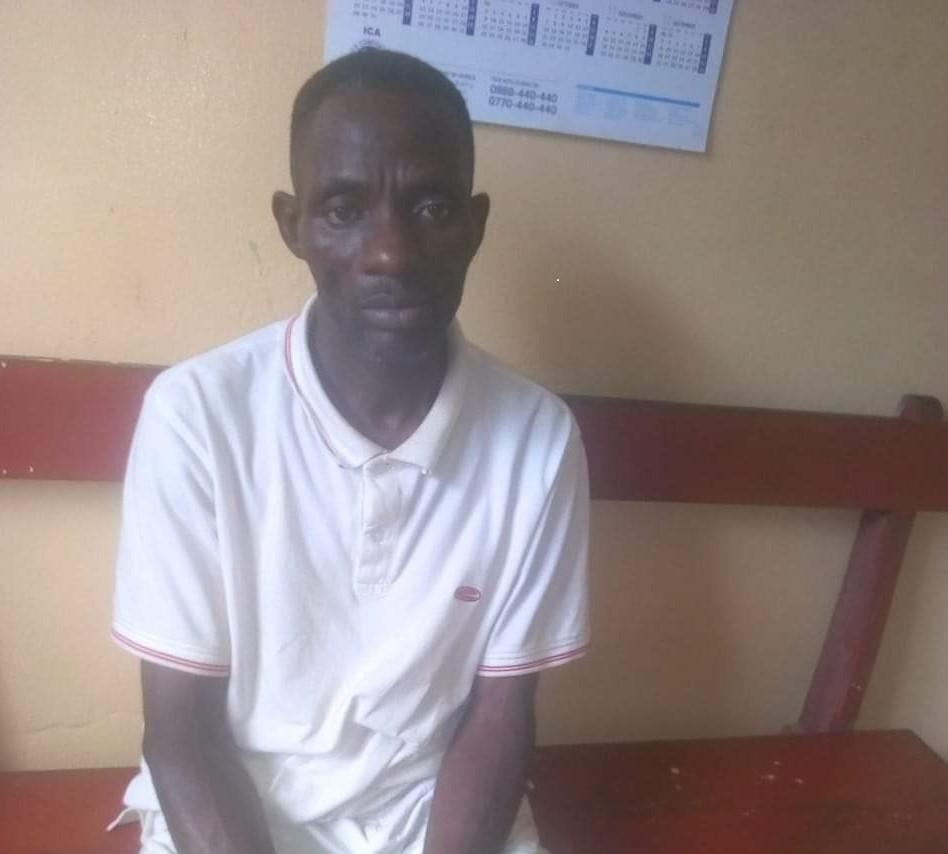 Zwedru – The Women and Children Protection Section (WACPS) of the Liberia National Police in Grand Gedeh County has arrested and sent to court a 46-year-old pastor for allegedly raping an eight-year-old girl.

According to the acting county commander, Othello T. Saygbeh of WACPS, the alleged incident occurred on July 23, at about 5:00 pm in the Sinoe Road Community, Zwedru City.

The police charged sheet shows that the suspect identified as pastor Trawaine Kayeah has been charged with statutory rape and was forwarded to the Zwedru Magisterial court on July 27.

He is now incarcerated at the National Palace of Correction outside Zwedru, where he will remain and await trial at the 7th Judicial Circuit Court of Grand Gedeh County.

Officer Saygbeh told reporters that suspect Kayeah’s documents show that he is a pastor of the New Hope National Assembly – a breakaway ministry of the Liberia Assembly of God Church (LAG) – located in the Sinoe Road community.

The victim mother, whose name is being withheld to protect the child’s identity, says she left her daughter in the house and went to fetch water at a hand pump when the alleged perpetrator called the victim in his room and committed the “ugly act”.

She claims that her daughter told her that the pastor allegedly used his fingers and penis to penetrate the eight-year-old.

“I was surprised when my sister came to call me at the hand pump that evening [telling me] that my daughter was losing blood, and at the same time crying,” the mother said.

“When we got home, I met my child bleeding, that’s how my sister hurriedly rushed her to the Martha Tubman Memorial referral hospital in Zwedru, where it was confirmed that she was tampered with by a huge penetration”.

When the suspect appeared at the Zwedru Magisterial court on July 27, before he was later taken into detention, Kayeah admitted committing the crime and said “I did it out of temptation from the pit of the devil” but begged for mercy from God, the court and family of the victim.

Kayeah’s detention on July 27 was witnessed hundreds of people including clergymen and women, the Sexual Gender-Based Violence taskforce of the county and various women groups.

They all called for justice to be an example for citizens that are in the habit of rape to stop.

Meanwhile, the Women and Children Protection Section’s record shows that despite donors’ investment by conducting workshops and awareness about SGBV in the county, rape is still on an increase.

In early April 2019, a four-year-old girl was allegedly raped by her stepfather, Victor Lambo, in Cavalla District, Grand Gedeh County.

The case was compromised by family members, particularly the victim’s mother who, sources say, did not want to destroy her relationship.

Nevertheless, the incident was reported by a friend when the victim’s health condition had worsened by June 2019.

The Police reported, at the time, that the alleged rapist stepfather is at large