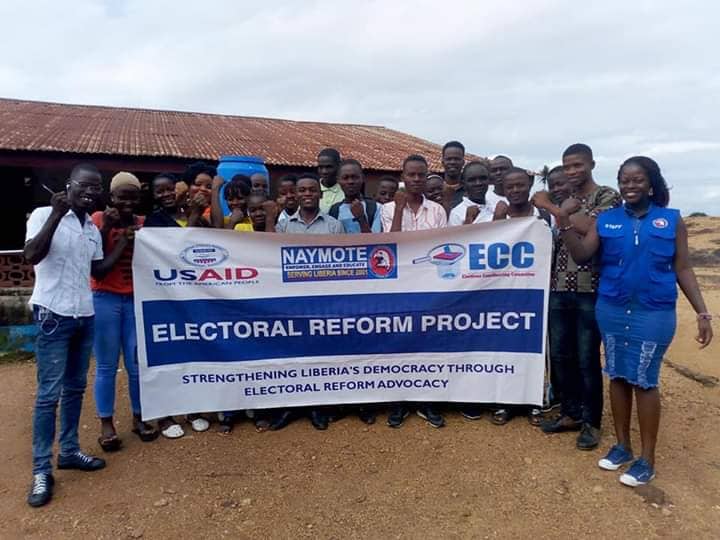 They want NEC board members to be elected and their tenure reduced as a means of adding “some integrity” and give the commissioners the leverage to “work independently”.

Jeffery Carter, who represents the Federation of Liberia Youth (FLY) in the county, said NEC board of commissioners members tenure should be reduced from seven years to six years.

“We the youths want the board members to be in offices for six years and two terms are good and they must be elected also,” he said.

“I am in support of electing members of the board of NEC. Because when we elect them, they will be accountable to us, not the president like we see it these days,” added Bendu PaiPai.

“So, we must do something quickly to restore the entity’s credibility in our electoral processes in this country and I think this event is timely for us as youths to contribute to the electoral reform,” Mulbah suggests.

According to the second chapter of the new Elections Laws of Liberia, the President of Liberia with the advice and consent of the Senate shall appoint seven members of the NEC board of commissioners.

However, many of the youths want NEC board members to be elected to allow them to be working at the will and pleasure of the electorates. They spoke at an electoral reform dialogue in Bopolu City.

Twenty youths from several youths grouping across the county participated in an event, which was held in Bopolu City on August 8.

The electoral reform project is been supported by USAID through the Liberia Voice Accountability Initiative or LAVI.

The gathering gave ordinary Liberians the opportunity to contribute to the ongoing consultations on electoral reform issues across Liberia, according to NAYMOTE Electoral Reform Coordinator, Madam Peace Tood.

Tood admonished participants to expand discussions about electoral issues across the county to enable other youths to share thoughts on the ongoing electoral reform discourse.

She said, “If that is done, it will help prepare Liberians to fully participate in future constitutional reforms that will be focusing on reforming our elections laws.”