Gbarpolu County: Chiefs Are Concerned about Not Being Elected 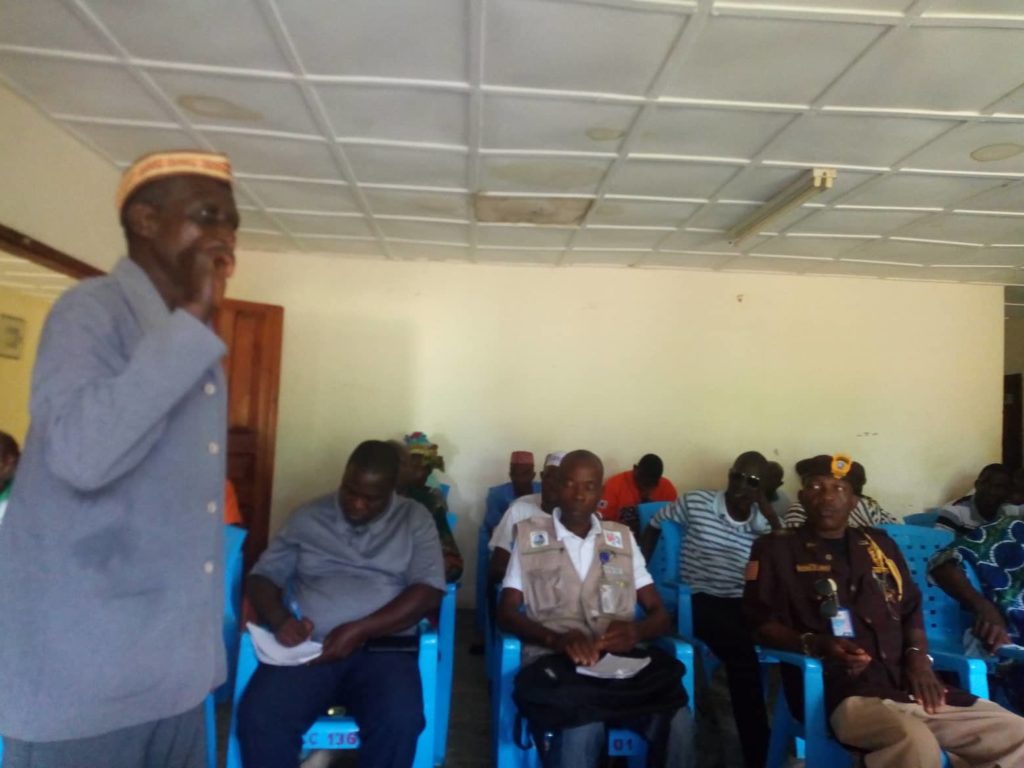 Gbarpolu County – Chiefs of Gbarpolu County are calling on the national government to fully implement Article 58-B of the 1986 Constitution, which calls for the election of chiefs in the counties.

In 1986, the Constitution successfully integrated the functions of the chiefs into a modern democracy, allowing for their elections. But elections have not been held as provided by the laws and these chiefs are worried that the respect and power are nor being accorded them.

“It has been a long time now, chiefs’ elections are not taking place which is against our own law,” says Sekou Kamara, town chief of Gungba-Town in Bokomu Administrative District.

“This is not good for us as local leaders,” adds Francis Chowor, town chief of Fallah Clan in Bopolu district.

“It is making our work difficult because we are not working with our people mandates. We supposed to be elected but why not us, only lawmakers?”

The Clan Chief of Bondi-Mingingo Clan Norbor Mawolo of Bopolu District says “even though chief elections used to be by headcount, but at least chief had respect.”

“But right now, chiefs, I mean general town chiefs, clan chiefs, and paramount chiefs, are sometimes controlled by both lawmakers and the executive branch of government.”

John Try, a paramount chief speaking through an interpreter in an exclusive interview said with Local Voices Liberia said, “I think it’s about time that elections for chief as stated in our Constitution be looked at carefully.

“If it is because of no money business that the government is not conducting the election for us (Chiefs), then, I will recommend that the superintendent be the one to appoint chief since the chief reports to his office.”

According to Article 58 B of the 1986 Constitution, there shall be elections of Paramount, Clan and Town Chiefs by the registered voters in their respective localities, to serve for a term of six years.

They may be re-elected and may be removed only by the President for proved misconduct. The legislature shall enact laws to provide for their qualifications as may be required.

Already, chapter two section 1.7 of the new election law of Liberia clearly described the guidelines promulgated by the NEC for the conduct of Chieftaincy Elections for Paramount, Clan and Town chiefs.

Under the same chapter, NEC is clothed with the power to determine how much to pay, as application fees not exceeding the Liberian dollar equivalent of US$50.00.