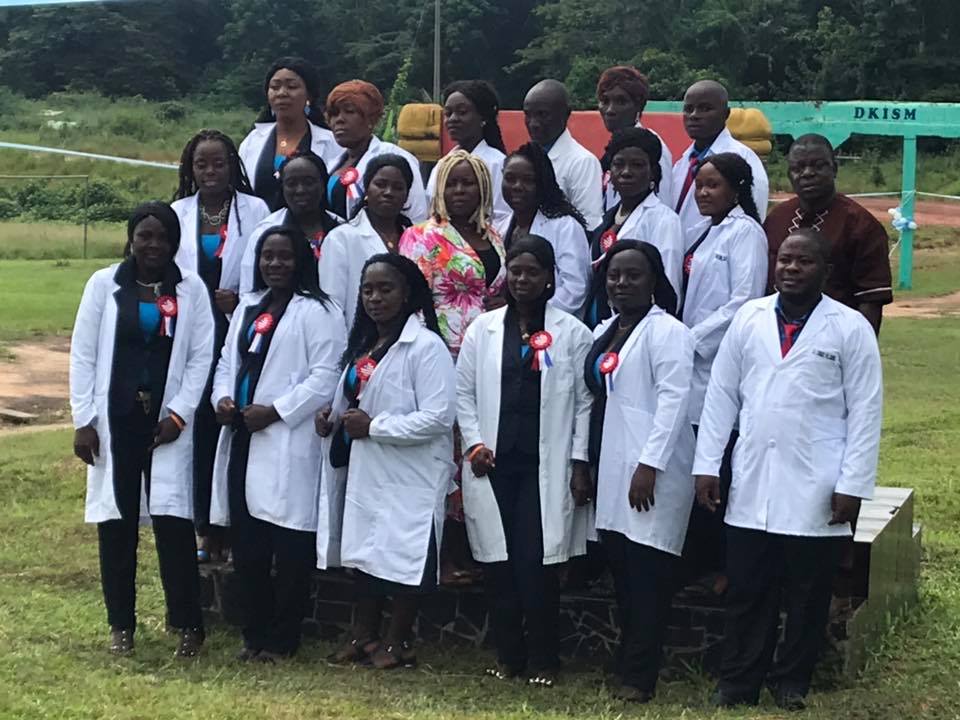 Zwedru – In an effort to improve the mental health sector, Carter Center in collaboration with the Ministry of Health has completed training of 18 mental health clinicians in Zwedru, Grand Gedeh County.

The graduation program was held Friday, August 30 on the campus of the Deanna Kay Isaacson School of Southeastern Midwifery Training program. It brought together several key actors of the sector including Deputy Health Minister Vaifee Tulay and James Dorbor Jallah, Country Representative of Carter Center and several others.

The graduates were trained for six months as children and adolescent mental health clinicians. The funding for the training was provided by the government of Japan through the World Bank.

He said a statistical data from the World Health Organization on mental health reveals that 20% of the world’s children and adolescents have mental disorders, while 50% of mental disorders begin before the age of 14.

Estimates show that about 800,000 people worldwide commit suicide caused by mental illness between the ages of 15 – 29 every year, while around 10 – 20 million people with depression individuals attempt suicide every year and approximately 1million complete suicide, according to the WHO.

With these alarming situations, the WHO in 2016, declared depression as a leading cause of disability worldwide, Tulay noted.

He also described mental illness the “pandemic of the 21st century” and will be one of the major global health challenges if not addressed quickly.

“It is estimated that 350 million people experience depression yearly on the average, it takes almost 10 years to obtain treatment after symptoms of depressed mood begin and two-thirds of depressed individuals never receive adequate care. Mental health disorders are the most common diseases of childhood, more than the number of children with cancer, diabetes, and AIDS,” Minister Tulay said.

“Severe mental health problems including major depressive disorder, schizophrenia, bipolar disorder, and substance use disorders affect all age groups and occur in all countries, of which Liberia is no exception.”

He then urged the graduates to help integrate mental health services into the larger healthcare system through the knowledge they’ve acquired.

For his part, Carter Center’s country representative said the completion of the training as “a big achievement” for the health sector.

Recognizing the critical nature of mental health in a country that has gone through a protracted period of civil war and crippling Ebola epidemic, Mr. Jallah emphasized the need for the government to prioritize the sector.

“Years ago, Liberia had just 1 psychiatrist but of now the Carter Center has worked hard with the Liberian government and partners and have trained over 400 mental health clinicians, of which more than 100 are specialized in child and adolescent issues,” he said.

Speaking on behalf of the newly trained clinicians, the class president who is also an Inspector of the Liberia National Police, Sembay Koluba Sembay lauded the donors, Carter Center, and the Liberian government.

Sembay called on the government to provide more budgetary support to the mental health sector.

“Mental health should be included in our national curriculum to be taught as a separate course in universities, and colleges. Let there be a scholarship program to seek advancement in mental health ,” LNP Inspector Sembay suggested.

In 2010, Carter Center launched its national mental health program along with the Ministry of Health to train a new batch of health care professionals to focus on mental health.

And then in 2011, the program graduated its first batch – comprising 16 mental health clinicians.

Olaska Wulu Barh, the administrative assistant to the county superintendent, praised the Carter Center and the MOH for implementing working to tackle mental health in the country.

He then, on behalf of the superintendent, pledged the county administration’s commitment to supporting the graduates perform their duties.