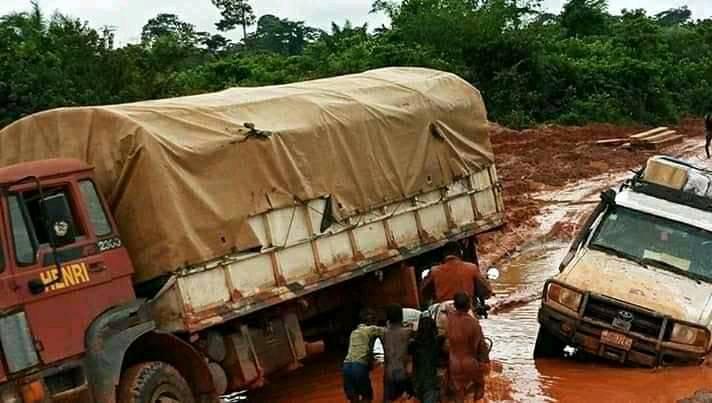 Prices of rice, petroleum, scratch card, vegetable oil, and brewages have all doubled as transportation fares also increase on a daily basis.

The bad road situation is being compounded due to the rainy season.

Some local traders, who traveled regularly via the Tappita – Zwedru high way and the Zwedru – Harper corridor, have told a Local Voices Liberia reporter that economic activities have declined because of challenges they face to get goods to the market.

“Motorbike is the only easy means of transportation between Ganta-Zwedru, Zwedru-Greenville and Zwedru-Fish Town, River Gee Counties making it very difficult for us to move goods,” said Prince The, a businessman based in River Gee County.

He said the most deplorable part of the road is the Kpelleh village stretch, which is about 8 kilometers away from Toe Town, northern Grand Gedeh County.

Chayee Gaye, a motorcyclist who plies the road often, said despite being the only option to commute passengers and goods, they also face mounting challenges on the road.

“We suffered too along this road because at major spots we offload the goods and asked these boys around to push us from the mud and paid them not less than L$400 to L$500,” Gaye explains.

“Now the cost of gasoline, engine oil, and even the motorbike spear parts are very expensive, so I have to charge a high fare in order to have [money] remaining to pay my susu”.

When contacted, Grand Gedeh County administration called on locals including businesses to remain patient as the national government prepares to address the situation.