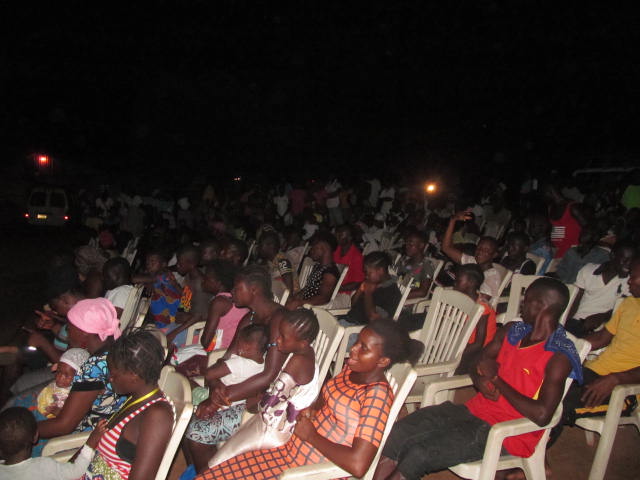 Monrovia – The Liberia Media for Democratic Initiative in December 2019 held series of community media forums in an effort to expand nationwide discussions about human trafficking or trafficking in persons (TIPs) in the country.

These CMFs were supported by the United States Agency for International Development (USAID) through the Internews’ Liberia Media Development program and highlighted the gravity of human trafficking in Liberia as a means of igniting action by the Liberian government.

At three community media forums in Grand Cape Mount County, which is known for its rich mineral and fish deposits, locals also expressed fear of exploitation, the ring of trafficking in persons, forced labor and increasing sex trade.

The three forums were held in Robertsport, Bo Waterside and Manor River Kongo, were discussants alleged that Ghanaian fishermen are engaged in an entrenched ring of sex trade and trafficking of “poor” Liberian girls and women.

In Robertsport – the capital of the county – hundreds of people gathered to witness the CMF to understand the elements and impact of TIPs. 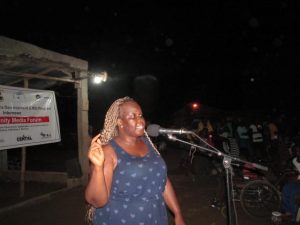 Pauline Davies Nimeley of the Ministry of Gender and Social Protection office in the County outlined the enormity of a ring of trafficking in persons and sex trade by Ghanaian fishermen using fishing boats and dugout canoes.

Ms. Nimeley alleged that Ghanaian fishermen are involved in “systematic abuse of under aged Liberian girls in a continuous sex trade locally known as “fish for feesh”, meaning fish in exchange for sex. She also alleged that the fishermen demand sex with girls as young as 9 to 15 years.

Nimley further alleged that the young girls who get impregnated in the illicit Ghanaian fishermen sex trade are sometimes trafficked to Ghana or other Liberian coastal fishing communities, where they are kept in sex slavery or servitude along with their children.

She claims that the situation is glaringly alarming but there are no actions taken by Liberian security forces in the area to curb the situation.

Nimley averred that bribery is at the core of the lack of action by Liberian government authority against the alleged human trafficking and illicit sex trade by the Ghanaian fishermen, while calling for immediate and stringent government actions to minimize if not stop the crime within the communities.

During the Robertsport’s CMF, the audience also revealed that child trafficking is rife and common in communities. They narrated that seemingly affluent people who live in Robertsport often go to rural communities and lure parents into giving up their children to them to acquire education and good life but these children end up being used as bread winners.

They said in some instances, trafficking of children to Robertsport has turned into a trafficking ring amongst locals with children being used for organized marketing of goods and services across communities in Grand Cape Mount County.

During the CMF in Bo Waterside – a town located near Liberia’s western border with Sierra Leone – residents and security officers explained how trafficking in persons takes a different but expected form than other communities.

They said in some instances, trafficking of children to Robertsport has turned into a trafficking ring amongst locals with children being used for organized marketing of goods and services across communities in Grand Cape Mount County.

Captain Scott alarmed that Fulani traders and women are amongst the highest alleged traffickers of persons in Liberia, Guinea and Sierra Leone. He alleged that they often cross the border twice weekly taken along with them several children.

The Fulanis will claim that it is their culture to take along their children, even on a brief visit to friends and relatives, he said. He added that security investigations are often interfered or hindered by their bosses.

Another security officer, Major Spencer Jackson of the Liberia Immigration Service said girls and young women from Sierra Leone are often crossed into Liberia and are taken to Monrovia, where they are promised to be transported to Lebanon and Saudi Arabia for job opportunities.

Major Jackson disclosed that in December 2019 over 70 women attempted crossing the border from neighboring Sierra Leone but were booked, stopped and returned back to their country.

Meanwhile, in Bo Waterside there are also concerns about internal child trafficking and forced labor being carryout by affluent locals, who deceived the parents of these children that they will get better life and education. 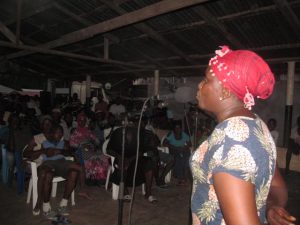 Also, at the CMF held in Mano River Kongo, local expressed concerns similar to the situation in BO Waterside but probably worse.

Mano River Kongo is a mineral rich town also at the border with neighboring Sierra Leone. The town is known for its huge deposit of gold and diamond. In spite of greater attraction for wealth and the potentiality of crimes, there is less presence of security officers in the area.

Officer David Kollie of the LIS says there is daily trafficking of persons across the Mano River – which border Liberia and Sierra Leone. Workers are brought from across the border into Liberia to work in the mines.

Kollie said most arrests of criminals are hindered by instructions from “big authorities” at Bo Waterside, Robertsport and Monrovia. He says most of such cases only get heard about when the victims cry out about the failure or refusal of their alleged traffickers to pay them remuneration for work they do in the gold and diamond fields.

During the forum, several community members confirmed that the alleged trafficking of laborers to the mines and they also complained about the insistence of internal child trafficking or forced labor by affluent people, who are most often diamond and gold brokers or    dealers.