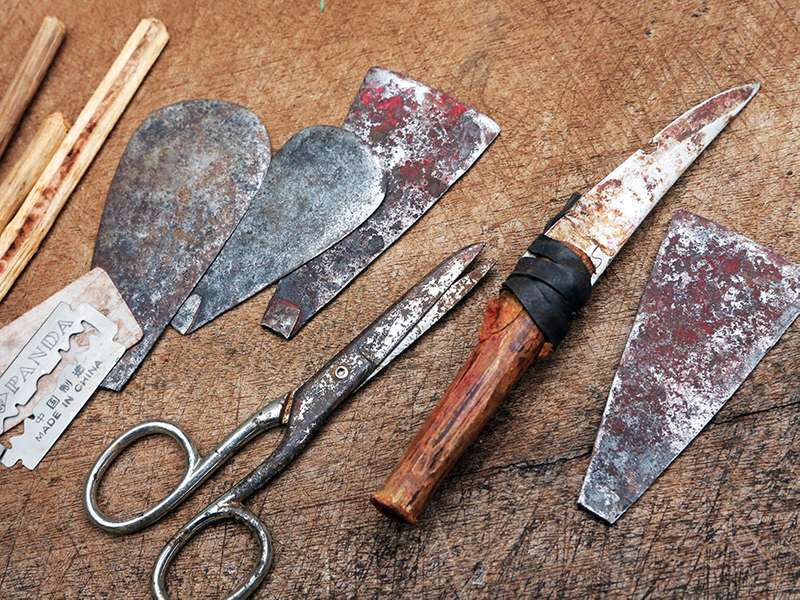 BRUSSELS, LONDON, SAN FRANCISCO- Female Genital Mutilation or Cutting (FGM/C) is happening in more countries around the world than widely acknowledged, and the number of women and girls who are affected is being woefully underestimated, finds a new global report.

FGM/C is occurring in at least 92 countries, but only 51 (55%) have specific legislation against the practice, leaving millions without adequate legal protection.

The End FGM European Network, US Network to End FGM/C, and Equality Now have partnered to produce the report ‘Female Genital Mutilation/Cutting: A Call for a Global Response’, bringing together for the first-time wide-ranging information on the practice and pervasiveness of FGM/C in countries not currently included in official global data.

According to figures released by UNICEF in February 2020, at least 200 million women and girls have undergone FGM/C in 31 countries worldwide.

This figure only includes states where there is available data from large-scale representative surveys, incorporating 27 countries from the African continent, together with Iraq, Yemen, the Maldives, and Indonesia.

Our research has now identified at least 60 other countries where the practice of FGM/C has been documented either through indirect estimates, small-scale studies, anecdotal evidence, and media reports.

The growing body of evidence featured in our report reveals that FGM/C is taking place in Asia, the Middle East, Latin America, Europe, and North America. It also highlights key gaps in data availability and anti-FGM legislation.

FGM/C occurs on every continent except Antarctica and across all cultural, religious, and socio-economic groups, although it is not recommended in any religious texts.

Not a single country in Asia or Latin America outlaws FGM/C. In the Middle East, it is only illegal in Oman and the Kurdistan region of Iraq, alongside Egypt and Sudan in North Africa.

FGM/C involves the partial or complete removal of external female genitalia for nonmedical reasons, thereby interfering with the natural functions of girls’ and women’s bodies.

There are various types of FGM/C. It includes clitoridectomy, which is the partial or total removal of the clitoris, and excision, which involves the removal of the entire clitoris and the cutting of the labia minor.

In another form, known as infibulation, all external genitalia is removed and the two sides of the vulva are stitched together to leave only a small hole. Other procedures involve pricking, nicking, or in other ways damaging the female genitalia.

The procedure itself can be fatal, and data on the total number of deaths each year is unavailable.

The practice has no health benefits and can have serious lifelong physical and psychological harm.

It is typically carried out on girls between infancy and age 18, with women occasionally subjected. While it is often done without an aesthetic, it is increasingly happening in medical settings performed by healthcare professionals.

Although the type and justifications for FGM/C can vary somewhat within different cultures, it is deeply rooted in gender inequality and often reflects the patriarchal desire to control the sexuality of women and girls.

Despite mounting evidence demonstrating the global pervasiveness of FGM/C, levels of awareness and acknowledgement amongst government authorities and the public remain unacceptably low.

The dearth of accurate data is enabling governments reluctant to tackle FGM/C to ignore the issue.

Better statistical information is invaluable because it can help put pressure on states to act and provides a baseline from which the scale and effectiveness of interventions can be measured.

Governments need to strengthen investment for evidence-based research and enact and enforce comprehensive laws and policies. There is also an urgent need to improve the wellbeing of survivors by providing critical support and services.

The international community and donors should bolster their global political commitment by increasing resources and investment into the provision of assistance to survivors and the empowerment of women and girls.

Dr. Ghada Khan, Network Coordinator of US End FGM/C Network said: “The global relevance of FGM/C, as highlighted in the findings of the report, once again calls for the collection and dissemination of reliable data on FGM/C prevalence across all regions, countries, and contexts in order to support FGM/C prevention efforts, and provide care and services to all women and girls who have undergone the practice worldwide.”

Accurate data also assists grassroots organizations and researchers to attract funding as a lack of financial backing is a major problem hampering the work of women’s rights activists.

Flavia Mwangovya, Global Lead at Equality Now said: “The stories shared by brave survivors and activists demonstrate how women across the world are uniting in their commitment to end this harmful practice, irrespective of the type of FGM involved or where it occurs.

We owe it to survivors and those at risk to ensure that political commitments made by governments to end FGM are finally fulfilled.”

FGM/C is recognized as a human rights violation under international human rights law. In 2012, the United Nations General Assembly adopted a resolution to eliminate FGM/C, and in 2015, the 193 countries unanimously agreed to a new global target within the Sustainable Development Goals for the elimination of FGM/C by 2030 (SDG5).

Fiona Coyle, Director at End FGM EU said: “FGM must be recognized as a global issue that needs global prioritization. With only ten years to go to achieve the goal of zero girls undergoing FGM, we have no more time to waste. We need to work across communities, countries, and continents.

“Everyone everywhere is called to substantially increase efforts towards the abandonment of FGM. We need increased political will, stronger laws and policies, increased community engagement, and increased investment to truly end this practice.”