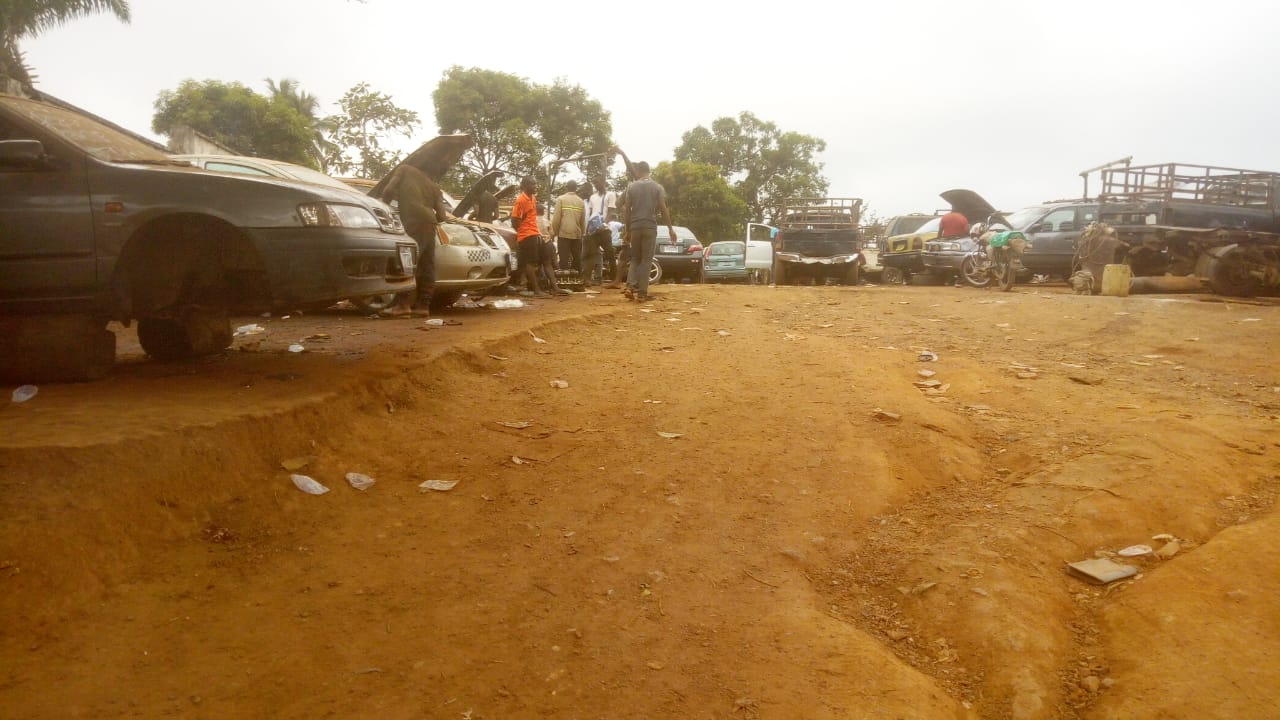 Bong County – The presence of over 350 children working at garages in Gbarnga, Bong County is generating concerns about possible human trafficking, as some claim they are being forced to work without compensation.

The business department of the Gbarnga City Cooperation (GCC) says there are 55 garages in the city, where most of these underage boys work.

A source within the City Corporation said during inspections of these garages, they notice that children are often being treated “very badly”.

“These children are suffering; they are being forced to work against their will. They are sometimes beaten and even threatened by their bosses,” the staff, who asked not to be named, said.

“Some of them worked from morning to night; they don’t eat in time and they abuse their rights as if to say they [children] do not have a parent or guardian”.

It is unclear whether these boys are being trafficked. Some residents have alleged that most of these children are brought into the country from Guinea.

Some of the young apprentices have called on the county administration, civil society and human rights organizations to urgently intervene in their situation.

“Our boss men (bosses) can beat us almost every day sometimes when we do not come to work sooner, when we do not clean the garages early. Sometimes we will not eat from the morning till in the evening when we are about to go home,” said a 12 year old boy, whose name we decided not to publish for the purpose of protecting his identity.

“For me, I came in this garage at the age of six from Guinea, according to my boss man, I am 21 years of age now and don’t even know the people that born me.

“Whenever I asked him, he tells me that we will go to Guinea sooner or later to see my real parents but I need to work harder to settle some things.”

Another boy added: “My boss man is very bad; he treats me like he doesn’t have a child. Since I got to know myself I haven’t seen my mother and father. All he tells me is keep working.

“I want to go back home, as I speak to you right now I have not eaten for two days all because I never cleaned the garage early in the morning and my boss has also threatened to throw me out of the garage, where will I go after using me for all these years”.

Now 18, he claims to have begun working in the garage at nine. He’s also worried about not acquiring a bit of formal education.

“But when I tell my mother that I want to leave the garage to do something else she tells me to stay – that one day things will be better.” 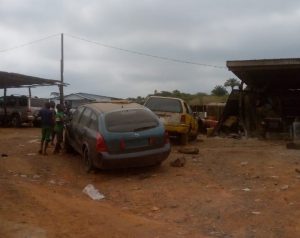 Some of the young apprentices have called on the county administration, civil society and human rights organizations to urgently intervene in their situation

The UN Protocol on human trafficking defines the crime as “the recruitment, transportation, transfer, harboring or receipt of persons, by means of the threat or use of force or other forms of coercion, of abduction, of fraud, of deception, of the abuse of power or of position of vulnerability or of the giving or receiving of payments or benefits to achieve the consent of a person having control over another person, for the purpose of exploitation.”

Also, Article 111 section 20(1) of Liberia’s children law states that “every child shall have the right to be protected from work and other practices that may threatened her or his health, educational, spiritual and moral development.”

“For me, I came in this garage at the age of six from Guinea, according to my boss man, I am 21 years of age now and don’t even know my biological parents.

As concerns heighten about the alleged maltreatment of these children, the Liberia Immigration Service (LIS), which is one of the government agencies responsible to curb TIPs, says it is unaware.

Hawa Kromah, the County Coordinator of the Women and Children Protections Section of the Liberia National Police — Bong County Detachment, says the police do not monitor activities at garages for possible human trafficking cases.

She added that the police rely on the community for tips to further investigate but added that “many people do not understand the basic facts and information about human trafficking”.

But some residents have said that there are often noticeable signs of violation of these children’s rights.

Jeremiah Williams, a resident of the new Ganta parking area, alleges that many children working at these Gbarnga’s garages were brought from Guinea.

Meanwhile, owners of garages, who agreed to speak to LocalVoicesLiberia, have denied allegation of trafficking.

“I have being operating this garage for the last 12 years and the children you see here, some are Liberians and some are from Guinea. They are children that their parents sent here willingly so they can learn something for the future,” said Mohammed S. Zubair.

“The children we bring from Guinea are our relatives, not different people children and we do not keep them against their will,” added Sheriff Fonana, another garage owner.

The situation at these garages has grabbed the attention of several stakeholders in the county including a local organization, Nasser Youth Initiative, which has called for “serious” investigation.

But County Superintendent Madam Esther Walker thinks the situation is complicated to solve.

“At time, you get to some of their parents and they will tell you that the country is hard — no job and their children father died either during the war or by other means. So, because of that they sent their children to those garages in order to hustle for their survivor,” Madam Walker said.

“To be honest with you, most of the children that are working in these garages are children from Guinea but to tell you whether they are brought into the country legally or illegally that is something I cannot say here.”

“The children we bring from Guinea are our relatives, not different people children and we do not keep them against their will.” – Sheriff Fonana, Owner of a garage

Meanwhile, County Attorney Jonathan N. Flomo has called for a “holistic fight” against human trafficking, adding that if communities can learn the common indicators of trafficking, they will help report suspicious activities to the police.

“We [government] remain resolute in investigating and prosecuting all forms of trafficking especially labor and sex trafficking cases wherever they occurred in this country,” Atty. Flomo added.

And George Philip Mulbah, Justice and Peace Commission Regional Coordinator for Bong, Nimba and Lofa Counties, agrees that communities need to be sensitized about human trafficking.

He said in order to stop traffickers and protect victims, tackling the system that allows the crime to thrive must first be stopped.