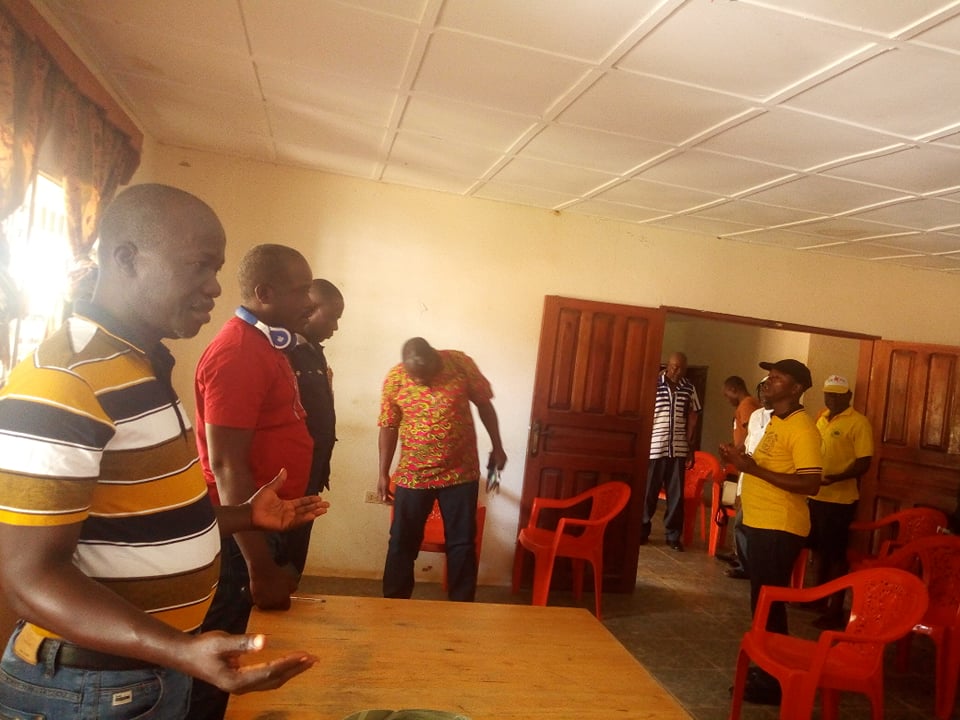 Gbarpolu County – Twenty-six religious leaders of Bopolu District in Gbarpolu County have welcomed the closure of all churches and mosques in the county, which was mandated by the government as means of stopping the spread of the Coronavirus.

Mr. Saah had outlined to them the importance of abiding by the measures for 21 days.

“In fighting this virus, our government has asked you to closed all mosques and churches. But last Sunday, some of you went to church and even, crusader has been going on in this city,” Supt. Saah told the religious leaders, stressing that the meeting was intended to mitigate the situation.

The discussion earlier sparked diverse views among religious leader, with some arguing that the government’s mandate was too abrupt while others called for “continual prays against the virus”.

Jerry S. Karmon of the Korninga Lutheran parish said although the mandate came when worship service had already began, there was “hand washing facilities” available and the congregation observed the “social distancing rule”.

Added Gibson Y. Bottoe, pastor of the Adventist church in Bopolu City: “Now that you have called this meeting to reinforce the government mandates, we will put stop to services for 21 days until the health people [health authorities] tell us to do so.”

But Mother Emma M. Nyanquou of the Bopolu Bible Mission suggested that the government should allow “us to keep praying but with a reduced congregations”.

And Samuel Y. Genoway of the RCCG church agreed, “Let the government allows us to battle this virus with prayers day-by-day.”

In contrast, Alfred B. Scott of the United Pentecostal Church in Bopolu, who cited a Biblical reference, called on his fellow religious leaders to abide by the government’s regulations, adding, “obey, because after God, the government is next”.

At the same time, Imam Mamadee Kenneh said the religious community “could support the government with prayers, but if it is not needed now, we will wait for a little and see”.

At the end of the meeting, the religious leaders agreed that suspension of all worship services would contribute to the fight against the COVID-19.

“I am glad that we have brainstormed the government’s actions that directly affecting us, by putting stop to all congregational activities in the fight against the Pandemic in our country,” said Superintendent Saah.

Unlike the current COVID-19 outbreak, the government struggled to impose restrictions against public gathering including the congregating of worshipers during the Ebola outbreak which began back in 2015. There were resistances from religious communities, who insisted on upholding their basic religious rites and ordinances although there were warnings that it may lead to the further spread of the viral hemorrhagic fever.

Now, some public health experts have said that people are keen about following the existing health emergency measures because they are aware of the threat of the pandemic based on their experience with the EVD outbreak that caused the death of almost 5,000 Liberians.