‘Children Are Exposed To Trafficking, Kidnapping’ in Buchanan’s Fishing Community 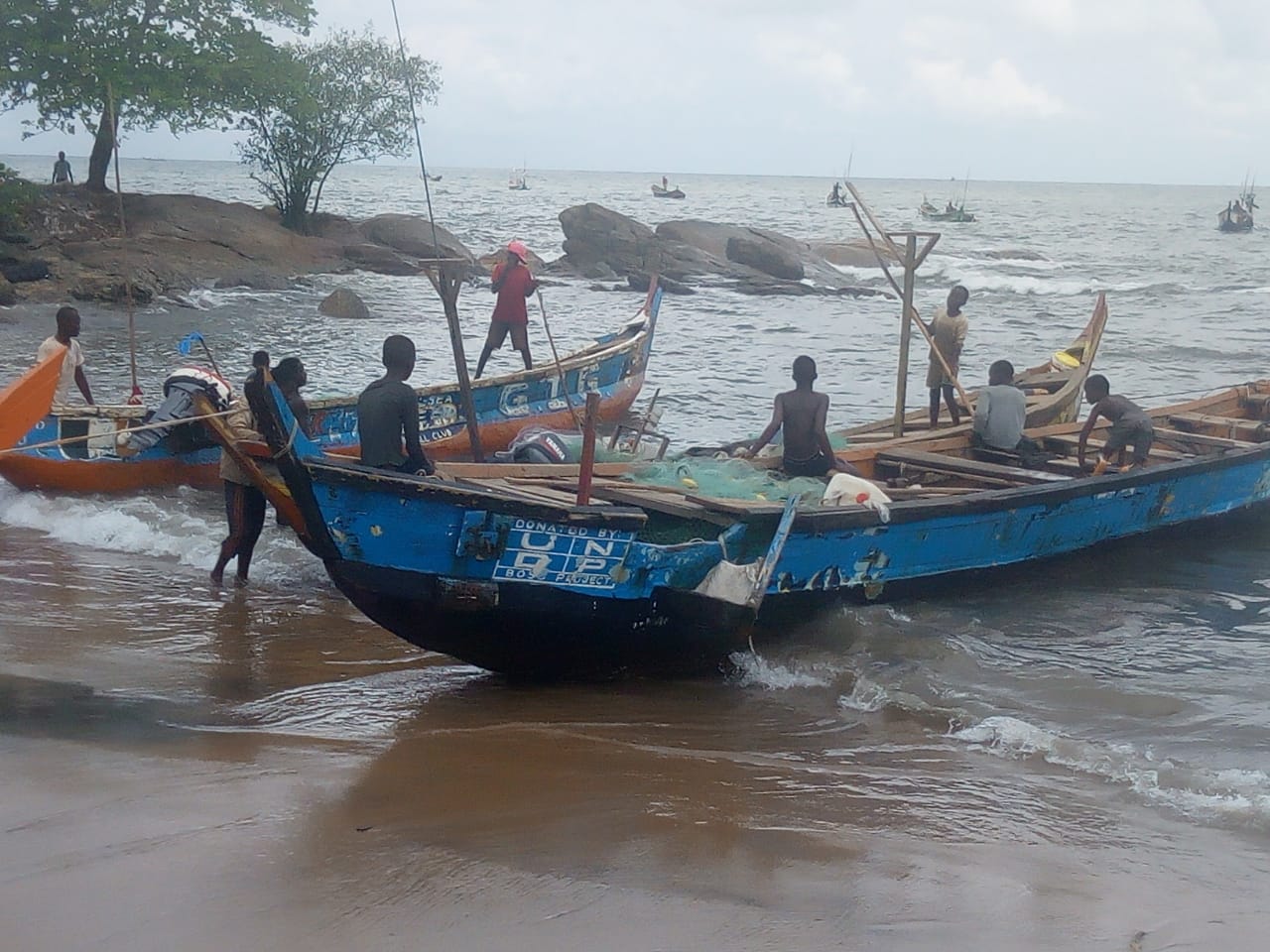 Buchanan, Grand Bassa County – Many underage boys in Fanti Town, the largest artisanal fishing community in the port city of Buchanan, appear to be vulnerable to human trafficking, some residents have cautioned.

Fanti Town has a booming fishing industry that attracts hundreds of local fish vendors and buyers from the county’s hospitality sector including hotels and restaurants.

Despite the town’s contribution to the economy of the county, there are growing concerns that many of the children who either work with fishermen or go about loitering along the beach are expose to the danger of being kidnapped or trafficked.

Solomon Davis is the chairman of the Liberian fishermen union of Fanti Town in Grand Bassa County. He says these vulnerable children and teen age boys often spent most of their time during the day either swimming or working for unknown fishermen, who he said are mostly Ghanaian and Nigerian fishermen.

“On several occasions children from different communities who their parents sent to sell will forget about their market and join the Fanti kids to swim throughout and sometimes go fishing as far as Grand Cape Mount County,” Davis told LocalVoicesLiberia.

“Many times we can beat some of them and take them from the water but the children are very hard to hear. Soon as we leave, they group themselves and get right back in the water to swim.” Solomon Davis is the chairman of the Liberian fishermen union of Fanti Town in Grand Bassa County. He says children who often play along the sea coast are expose to the risk of either being trafficked or kidnapped.

Davis claimed that his leadership has tried engaging the parents of these children so as to avert any possible danger that might come their way but no avail.

He’s afraid that these children risk being trafficked or kidnapped by fishermen who are not based in the county, warning that something needs to be done the soonest to curb the situation.

“On one accession, a little boy whose father was a worker of Segal Security Firm, got missing from here and we took two days to search for him, [we] were thinking that he [the boy] had gotten drown,” Davis recalled, adding that would later discover that the boy was taken on a canoe owned by a Ghanaian fisherman to Grand Cape Mount County, which is several hundred miles away from Buchanan city.

“On two occasions, children have gone missing from here because they normally jump into the canoe of unknown people and just follow the guys to go fishing.” – Michael Basoume , Ghanaian Fisherman

“When we got to know, we asked the man how he got the boy on his canoe but the man said he didn’t know that the boy was in his canoe while going Grand Cape Mount County.

“How possible could that be for a child to enter a canoe without anyone seeing him in the canoe, beside that, why did the operator decide to work along with him in Cape Mount without asking him for his parents.”

Sandra Gayeman is a fish vendor, who goes Fanti Town weekly to purchase fish from fishermen. She says the county authority needs to “do something” to prevent children who often play along the ocean from going missing.

“Every time I enter Fanti town, I can beat some of the children and sent them home because several times children follow people who we don’t even know. They go fishing every day which I think is very risky for them,” Gayeman said, warning parents to avoid overlooking the risk associated with allowing their children play along the coast. “As a mother of three children, I can really feel bad seeing other people children vulnerable in this Fanti town”.

“Sometimes I can wonder whether most of the kids that can leave their homes just to be swimming and going on the sea to fishing for unknown people have parents,” he asked, adding that there’s often a crowd of children on the beach on a daily basis.

“On two occasions, children have gone missing from here because they normally jump into the canoe of unknown people and just follow the guys to go fishing.”

Basoume says the parents of these children “need to ensure that their children’s lives are safe”.

“All the Fanti children here have their brothers, uncles or fathers right here and so they can follow them to fishing but for the Liberian kids they are at risk,” he warned.

Meanwhile, for the leader of the Liberian fishing community, the government needs to set up Coast Guide Security to work in these community to prevent children from being exposed to potential traffickers.

But he said his leadership have recently embarked on an initiative to limit the risk these children are exposed to.

“While we are awaiting the government to act on our call, we have decided to arrest kids who will be caught swimming and going fishing for unknown people and we will take them to the police station,” Davis said.