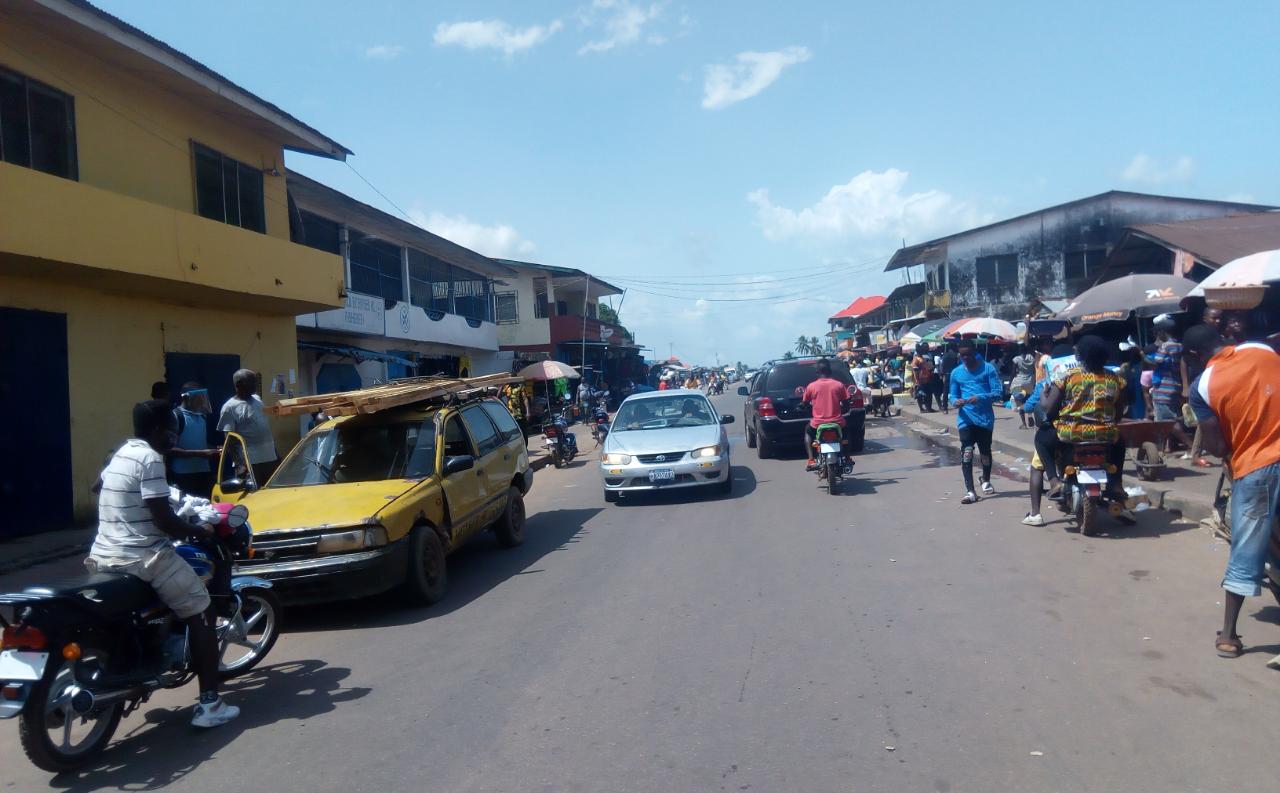 Buchanan – Several residents of the port city of Buchanan have questioned the effectiveness of the anti-human trafficking taskforce in the county.

The residents’ concerns heightened following a radio show that discussed the impact of trafficking in persons on the society.

During the show, many residents, who phoned-in, frowned on the ineffectiveness of the taskforce, claiming that it is undercutting the fight against the crime.

According to the structure of the national taskforce, every county task force is to be chaired by the labor commissioner with other members including the county police and immigration service chiefs as well as the county’s gender coordinator among others.

During the talk show on Radio Dukpa in Buchanan city, a staff of the national secretariat of the anti-human trafficking task force at the Ministry of Labor explained the possible signs of internal and external human trafficking and what the community can do to curb the crime.

Annie Paye, a resident of Own Your Own Community who called on the show, said that the absence of an effective task force is putting victim of human trafficking at more risk.

“Since I’ve been in this county I have never seen or heard anything about trafficking from organizations or the county authorities,” she said, adding that the radio show help broadened her understanding about the crime.

“There is a need for the government to set up a center for people who are victims of trafficking or for someone who want to report the crime.”

She is worried that with the presence of an active sea port and a booming fishing industry in the county, traffickers may be exploiting victims discreetly.

She said that teenagers can be trafficked at any time, adding that kids are taken from rural communities for the purpose of schooling but when they arrived in the city they are turned into workers.

“The other time a lady in my community took a child from District #4 with the objective of sending that child to school but that child turned to bread winner for the Lady,” she said.

“I got angry and complained to the Ministry of Gender but it yielded no result because there is no special center where trafficking issues can be handled”.

Solomon Payne, a businessman in Buchanan, told LocalVoicesLiberia that many children are vulnerable to trafficking in Grand Bassa County.

“This thing is going out of hand in this county and the county authorities have said nothing about it because it’s not serious to them”.

“Look in the street and see the number of children selling for people, some of them are not going to school and their parents who are in the rural regions are not even aware -that’s wickedness”.

Sagacious Benjamin Nyuhn, who heads a local CSO, said lack public awareness on human trafficking makes victims to continue living in danger while their perpetrators are untouched benefit from their victims’ ordeal.

“There have been known education on human trafficking in Grand Bassa and so children and other victims of the crime are just vulnerable,” Nyuhn said.

“This is a very good step you journalists are now taking because teenagers are at risk in this county and the government needs to do something about it “.

Once the county taskforce are not operating up to the task, the National Secretariat of the anti-human trafficking task force at the Ministry of Labor will not get information about human trafficking situation in the counties, said Adolphus Satia, head of the secretariat based in Monrovia.

He said the county taskforce, which should be headed by the county’s labor commissioner, is required to coordinate with offices of other government ministries and agencies to tackle human trafficking in the counties.

However, Mr. Satia said counties do not need “special office” to deal with human trafficking cases.

“The women and children protection section of the Police in each county is the one that addresses human trafficking cases,” he said.

“We do not need a separate office space to hear human trafficking cases; all the community needs to do is to work with the police and other line ministries that are in the county.”