From Street Hawking To Teenage Motherhood – The Ordeal of Human Trafficking 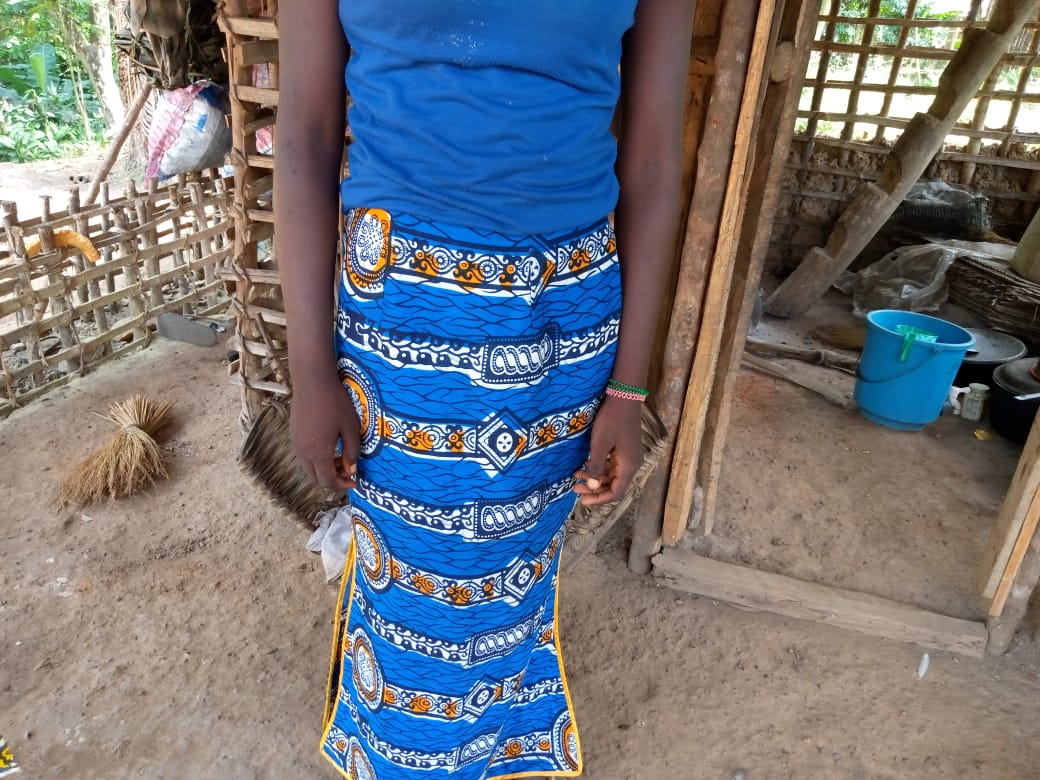 Bomi County – At age 12, Maima Morris moved to Tubmanburg, Grand Cape Mount County in western Liberia to live with her mom’s namesake. The lady had convinced Maima’s mother that she was going to help the 12-year-old acquire education in order to have a better future away from the harshness of life in rural Liberia.

But when Maima arrived in Tubmanburg, the county’s capital, she was turned over to another lady only identified as  Mayamu.

At first, Maima thought her dream of going to school was still in sight but she would soon become a street hawker for several years before ending up pregnant.

Since Mayamu was interested in using the 12-year-old to make money, she insisted that the girl sold pastries and do household chores.

“Whenever I talked about going to school like the other children, she would promise that I will go the next semester and if I reminded her she gets angry and asks me to shut-up my mouth,” recalls Maima as she spoke through an interpreter.

“I was made to sell bread in the streets every day. I was told not to go home if the bread wasn’t finished. I would pass from street to street hoping that I sell all the bread.”

There were good days and bad days for sales. When the sales went bad, Maima had to stay on the streets until dark, something she did to avoid being brutally punished.

And when she experienced any shortage in the sales, she was either made to pay or was denied food for a day or two.

As the months go by, she endured verbal abuses, battering and torment. A partial view of Vorka village in Bomi County. This is where Maima lived with her mother before moving to Tubmanburg to stay with Mayamu | Photo by: Aria Deemie

“Whenever I talked about going to school like the other children, she would promise that I will go the next semester and if I reminded her she gets angry and asks me to shut-up my mouth.” – Maima Morris, Victim of Human Trafficking

At 14 years, Maima was pregnant. A neighbor, who always rescued her with food, was responsible for the pregnancy, she would later tell Mayamu.

“I met this boy who was always helping me with food and gifts, I couldn’t refuse because I was badly in need,” she explains.

“I could meet up with him once in a while to escape from my problems; it felt good until I learned that I was pregnant.”

She was apprehensive and did not want to tell anyone, but Mayamu would later discover her condition and begin seeking answers.

“Mayamu got to know in no time and asked me for the father, and I showed him,” she said. “He took the responsibility of the baby until I gave birth.”

Then, Mayamu refused to accommodate Maima and the child. So, she and the baby were taken back to her mother in the village.

No one ever reported Maima’s situation of being a possible victim of human trafficking to the authorities.

However, the law banning trafficking in persons considers the crime as the recruitment, transportation, transfer, harboring, or receipt of a person by means of coercion, or by abduction, fraud, deception, abuse of power or of position of vulnerability, or by giving or receiving of payments or benefits to achieve the consent of a person having control over another person for purpose of exploitation.

Like Maima, children of poor parents in rural communities are most trafficked by means of deception and coercion due to their desire for better opportunities. With poverty prevalent in these communities, traffickers exploit this avenue by luring parents into giving their children under the deception of seeking better life and education in urban communities. Maima had to move back to live with her mother in the village, where they live in this house [pictured above] | Photo by: Aria Deemie

It’s now more than two years and Maima is still living in the village with her child. She has tried to get in contact with the child’s father but to no avail.

“My daughter and I face difficulties with getting food, hospital money and other things to live,” she said. “We depend on my mother to provide for us with the little that she gets from her garden”.

“Mayamu got to know in no time and asked me for the father, and I showed him. He took the responsibility of the baby until I gave birth.” Maima’s mother, Zoe, is a widow with six children . She relies on farming to cater to the children | Photo by: Aria Deemie

Maima’s mother, Zoe, still regrets her decision to have allowed her daughter moved away with her friend.

“I needed help, as a widow, I alone couldn’t afford to take care of all my children and provide their needs,” said the mother of six, also speaking through an interpreter.  “I feel like it’s all my fault and never again will I make such a decision.”

Now a 16 year-old mother, Maima is still hopeful of going back to school.

“I want to go back to school and learn and I also want my daughter to get education so that she cannot go through all that I went through,” she said.