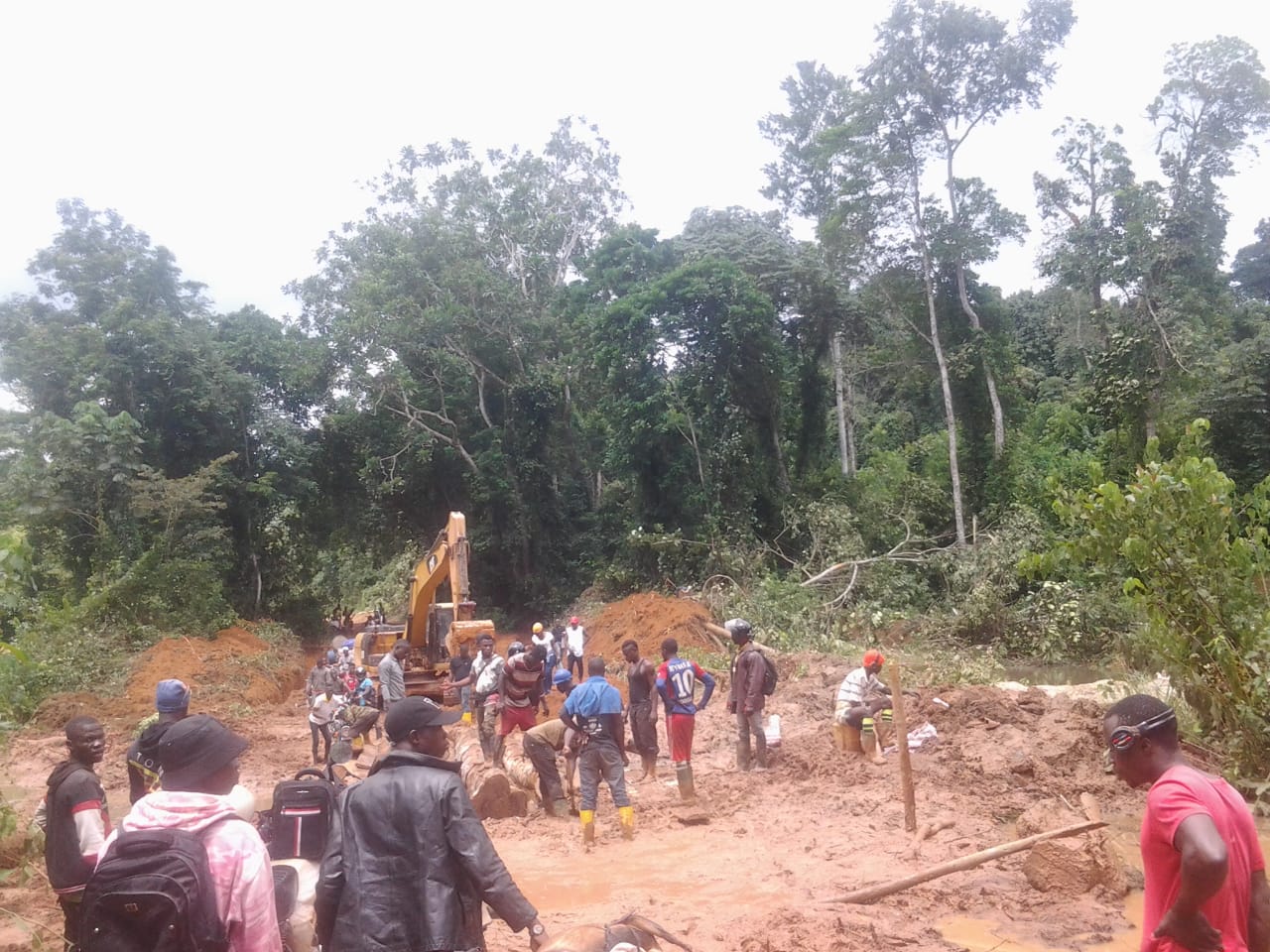 Grand Gedeh County – Until mid March this year, Fata Barry, a local businesswoman of a popular gold mining community in Grand Gedeh County, had not heard about human trafficking or the impact the crime has on the society.

The 43-year-old mother of five has a marekt stall in the populous Clarence Vermont International (CIV) camp located in Konobo district. She had “no idea” about trafficking in persons – how people are trafficked, the ordeal victims endure and what the community can do to help stop the crime – until a visiting reporter asked her about crime.

“This is my first time to even hear this TIP or trafficking in person from you, it’s very strange,” she told a LocalVoicesLiberia reporter.

“I have lived in this camp for 10 years and up until today, nobody has ever come from Zwedru or Monrovia to tell us about TIP or trafficking in person.”

Fata said campaigners have focused more on sensitizing the community about sexual and gender based violence and how the community can tackle them but not much have been talked about human trafficking.

Fata is not the only one without knowledge about human trafficking in the county’s largest artisanal mining community, where there are lingering concerns about suspected child trafficking and sexual exploitation.

Several other residents of CVI said that although they see a lot of children working in the mines, they don’t know if they are being trafficked. Many of them who were asked about TIPs mistook it for drug trafficking.

Speaking to LocalVoicesLiberia at the CVI camp, the community leader Victor Wulue said there has been no awareness against human trafficking in the mining-concentrated community.

“This is my seventh year as camp master and I have never heard about TIP business,” said Wulue, who added that he is willing to help create awareness about human trafficking in his community.

“This will not be a bad thing to work with anybody to enforce the TIP issues in this camp. I’ve been enforcing other laws so I will be willing to enforce it if I am educated about it,” he said.

“We having more children here [that might be victims of trafficking] especially during this Coronavirus era, but nothing I can do.”

In 2005, Liberia’s legislature passed a law that made TIPs a criminal offense.

The law defines human trafficking as: “the recruitment, transportation, transfer, harboring or receipt of a person by means of the threat of use of force or other means of coercion, adoption, fraud, deception, abuse of power or of a position of vulnerability, or by giving or receiving of payments or benefits to achieve the consent of a person having control over another person, for the purpose of exploitation”.

Regarding a framework to tackle the crime, the country currently has a five year plan that focuses on four main program areas: protection, prevention, prosecution and partnership.

The prevention aspect, which also involves sensitizing communities about the crime, encompasses “education, public awareness and other outreach initiatives; effective intelligence gathering and surveillance, as well other pro-active programs”.

However, awareness across the county about the crime and its ramifications has been scanty.

Appearing on a local radio station in Zwedru on April 27, Wallace Barway, Grand Gedeh County Coordinator for the Ministry of Gender Children and Social Protection who is a member of the county TIPs taskforce,  said since the human trafficking taskforce was setup in 2018 in the county it has not been effective.

Mr. Barway said on the day of the lunch of the taskforce, a team from Monrovia headed by Deputy Labor Minister Phil Tarpeh Dixon toured Zwedru and made some public awareness on TIPS.

But Mr. Barway said the awareness campaign left behind limited impact on locals.

He added that since the taskforce was established in the county, its chairman Randall Zulue, the county’s Labor Inspector, has not called a meeting to develop plans that would lead to effective awareness on human trafficking in the county.

“There are lot of trafficking in person cases in Grand Gedeh County, apart from the gold mining camps where there are clear signs of human trafficking, there are incidents in other places but again we are not effective as a taskforce,” said Barway.

“From here I am going to meet the TIP chairman Mr. Zulu to reawaken the taskforce and see how best we can dispatch a team to CVI for raising awareness because people are not aware about TIP.”

A LocalVoicesLiberia report in March this year unveiled how a 13-year-old boy was trafficked to the CVI gold mine, where he was constrained to work in the mines for his aunty. His aunty had earlier promised his sister whom he lived with in Monrovia that she was taking the boy to the gold mining community to go to school.

But according to the boy, his aunty’s promise was not fulfilled and whenever he asked to be taken back to his sister in Monrovia, he was often punished.

Following the publication of that story, which was also aired on a local radio station in the county, Grand Gedeh County Labor Commissioner and some members of the human trafficking taskforce promised to rescue the teenager. But there have been no news about the boy  yet.

Mr.Zulu promised to work with partners in the county to identify suspected TIP cases and report to the authorities for further investigation and possible prosecution. But he is worried that the lack of logistics is impeding his work.

“Since we took over we have no logistics like car or motorbike to move from place to place to sensitize our people on the danger of TIP,” Zulu said.

“I’m hoping to have donor partners as of 2020 to support us combat alleged trafficking cases.”