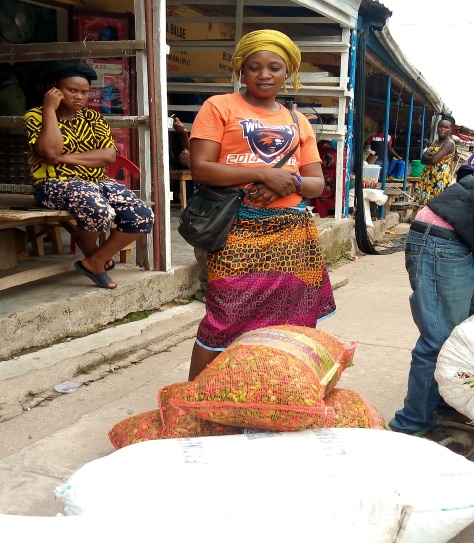 Lofa County – Six years after the fight against the deadly Ebola Virus Disease that reportedly killed more than four hundred people in the northern Liberian county, the people of Lofa County are once more grappling with the outbreak of the novel Coronavirus which has increased pressure on the already struggling economy of the county and exacerbated hardship especially in the wake of closure of borders with Guinea and Sierra Leone.

The Liberian Government announced a national health emergency with the discovery of the country’s first case of the global pandemic on 16 March. In the wake of exponential increase in number of infected persons, the government subsiquently imposed further measures including a nationwide State of Emergency followed by lockdown of all 15 counties and other restrictions in an effort to break the chain of transmission.

According to our reporter in Lofa County, since the State of Emergency and lockdown were declared by the government, many of the market structures in the county have become vertually empty as citizens selling in these markets have all packed up their businesses due to the decline of the local economy and have migrated to their villages. This situation has created scarcity of basic commodities on the market, and more so because economic activities between Liberia and neighboring Guinea and Sierra Leone are shut down due to the closure of the borders. 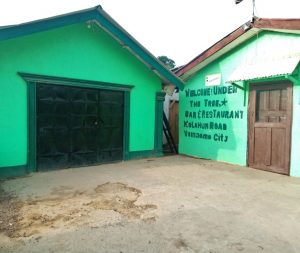 Reports from Lofa says the State of Emergency and the lockdown announced by government are having grave negative impacts on the people and the informal economic sector of the county. The State of Emergency and the lockdown strategies by government to help contain the spread of the COVID-19, have further increase the stress on the already struggling economy of Lofa occasioned by a terrible road network, as many businesses are now struggling to survive.

The graveness of the State of Emergency also include the shutdown of schools, restriction of movement and the closure of the road leading to Monrovia. At the same time, major commercial cities in Lofa are almost empty because residents taken a fall back positions in their villages and towns. It is not however clear whether the move is for fear of contracting the Corona Virus or for other reasons.

However, both the formal and informal business sectors are being affected, while the human capacity development also suffers as most businesses and schools, including the Lofa Community College remain shut down.

As shown in the photo below, the ‘Under the Tree Bar and Restaurant’ one of the county’s booming and renowned eateries located in Voinjama City has long since closed its doors. The proprietress, Ms. Cynthia Arzoaquoi, expressed serious frustration as she explains her ordeal, stating “Business is gone to almost zero because of this State of Emergency and lockdown due to this Coronavirus.”

She said, “90% of my customers are travelers or strangers visiting the county for workshops or other businesses.

But since the lockdown was introduced, you can hardly see people traveling or hear about workshops.”

She asserted that it is very difficult to operate a restaurant without customers. “You can’t sell leftover food to your customers; No! That will not be hygienic and safe for the business.”

Comparing the business climate now with the Ebola period, she considers the Ebola period far better than the COVID-19 situation. She explains that there was no lockdown during the Ebola epidemic, and that people were moving around and more people had jobs to do.

She also said many NGOs were operating and businesses were flourishing. At the time, she furthered, customers were visiting the business all day and night buying food and drinks unlike the situation we have now.

Lamenting the impact of the COVID-19 State of Emergency and the lockdown, Ms. Arzoequoi, intoned, “I took a Loan from the bank and now my business is collapsing day by day. The entire restaurant and bar are closed down,” almost in tears.

Ms. Arzoequoi’s story is no different from almost all those that this reported contacted.  Many of them recounted their obligations to various local banks and expressed fears that they may not be able to pay back the loans after the COVID-19 pandemic.

Indicating that some of the loaners were reluctant in lending them money, some proprietors of local businesses complained that they might run into trouble with the banks at the end of the health crisis if they are not able to settle their obligations to the banks.

A used clothes dealer at the Voinjama General Market with 10 years of experience in the business, Mr. Charles Sonkarlay, tells this reporter his struggle to sustain his business. He also narrates the difficulties to feed his family in the wake of this State of Emergency and lockdown due to the Coronavirus outbreak in the country.

“Before the Coronavirus,” he explains, “my business was declining due to so many factors. These factors include the joblessness of the people, bad roads and because many people spend money nowadays on food to feed their families than to spend on clothes.”

Mr. Sonkarlay asserts that the Coronavirus situation only increased the already poor economic activities in Lofa.

Sonkarlay further recounts that there were foreigners and NGO workers during the Ebola crisis who were spending on clothes and other necessities. He says money was flowing into the local businesses than it does during this coronavirus outbreak that has triggered the State of Emergency and the lockdown.

“This Coronavirus only came to suffer us and kill us because whole day, I can’t even sell up to 4,000 Liberia dollars which is the equivalent of 20USD,” he says.

Besides Mr. Sonkarlay, a local pepper seller at the Voinjama General Market, Ms Helena Folly also explains that doing business during this State of Emergency imposed as a result of the Coronavirus pandemic is completely difficulty.

Helena, as she is called, disclosed her indebtedness to BRAC, an NGO that has been giving loans out to support local businesses.

“Some of us don’t even know how we will service the BRAC loan after this Coronavirus. No commercial transport business like before. As such if you buy goods which are perishable, how will you transport them to the market on time,” she wondered, adding, “Is this how we going to live in this country virus after virus?”

She averred that there is no option in this situation than to sell the market cheap for small profit to just be able to feed the family.

In her thinking, the Ebola crisis provided better business climate than the Coronavirus situation. “I think during the Ebola time, business was better. When you bought goods then, cars were available to transport them Monrovia, unlike now with the State of Emergency and lockdown which have created barriers that have prevented marketers from carrying their markets from the interior to Monrovia easily.”

Another business woman who narrated her ordeal is Mary Boakai, a single mother with three kids. Mary also sells at the Voinjama General Market; but usually sends her business to nearby towns and distant villages to sell.

She said in her response, “I don’t have one and people are not even selling it anywhere here that we can buy from.  So, sometime I use my wrappers when I go out of town to protect myself.”

Like the rest of those interviewed, Mary has similar concerns. “Business is very hard. During the Ebola outbreak, we didn’t have to go home 3:00PM to close. We didn’t have to be worry about who gets Ebola because the sign and symptoms were very easy to notice than this corona virus.”

She said the Coronavirus has caused fear for everyone because the carrier is not easily identifiable; and moreover, there is no money and no business. “Sometime whole day, I only sell like $3,000 (15USD) whereas before the virus, I used to sell over 15,000 (75 USD) a day.”

She implores the government to work harder to end the State of Emergency and lockdown if the citizenry, especially rural dwellers, should not die of hunger, since the prevailing conditions will not allow them to make farms.

Mary concluded that if the farmers from whom most markets are purchased are not farming, the seed rice will be eaten and seedlings will be destroyed.

Located in the north of Liberia, Lofa County is popularly referred to as the ‘Bread-Basket’ of the country for reason of it strength in agriculture and food production. Many of the inhabitants are subsistent farmers, who are focused mainly on producing the nation’s staple food, rice along with cassava.

This is the second time the county is confronted with perilous disease; in 2014, Lofa was recorded for reporting the first Ebola Virus Case during the outbreak in Liberia, and eventually became the first to become Ebola free after putting up a strong anti-Ebola fight.