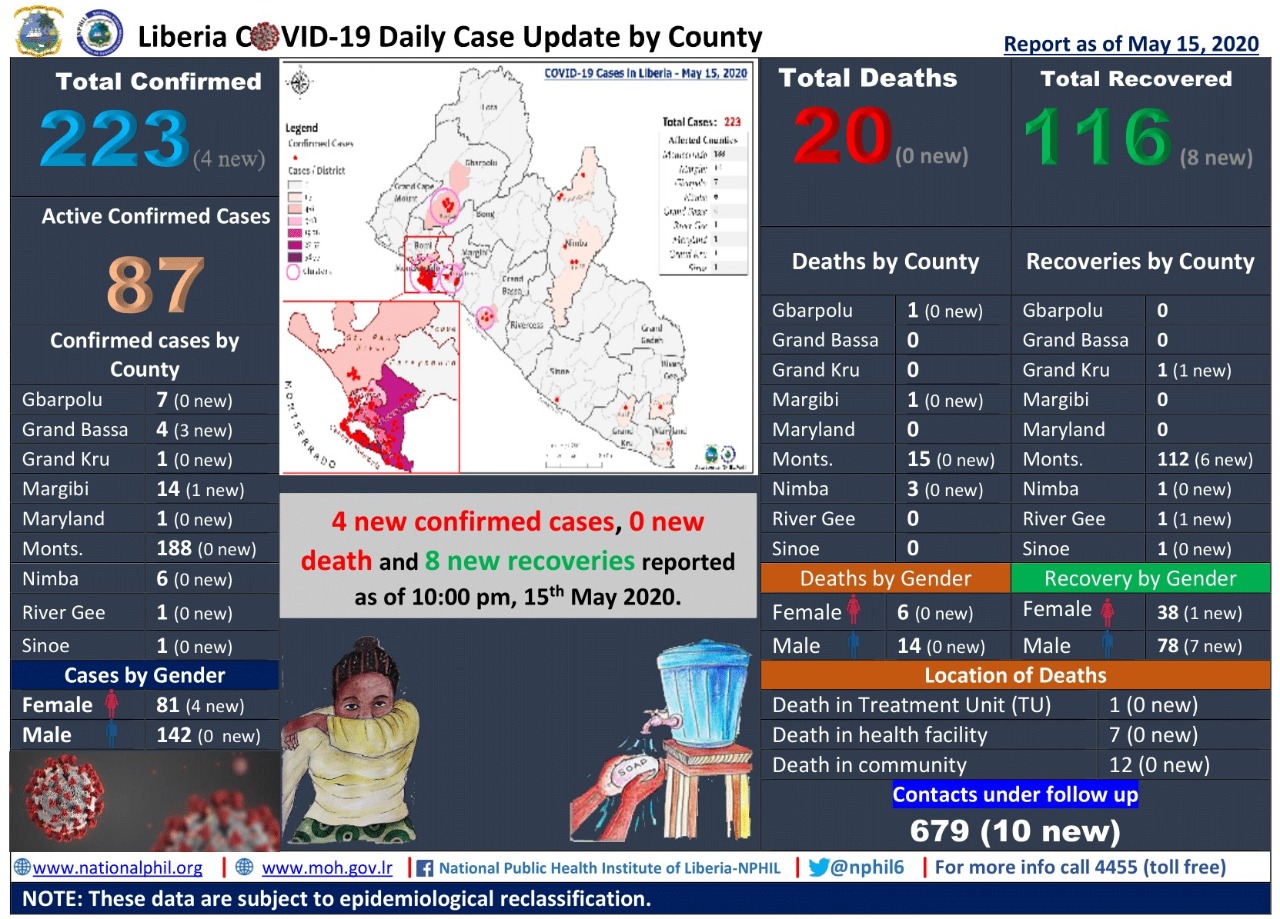 Dr. Tucker also acknowledged during a phone conversation with reporters that the three new patients have now been isolated.

On May 14, Grand Bassa County recorded its first COVID-19 cases – a 34 year old man, who is an employee of ArcelorMittal Liberia,

Recently, the County Health Officer announced that they were carrying out contact tracing to establish people that the patient came in contact with.

He mentioned that 10 persons were under isolation but that investigation and testing were still ongoing.

The pronouncement of the additional three cases have sparked out fear amongst residents of the port city.