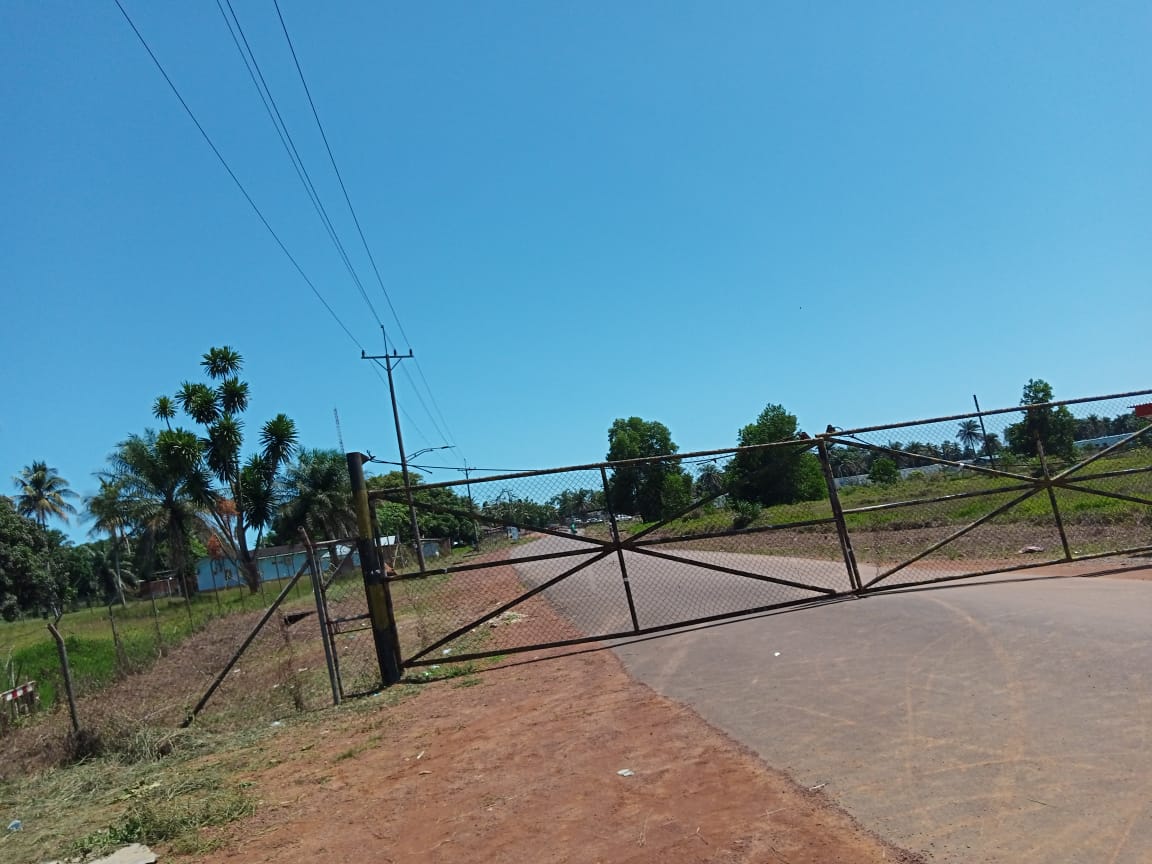 Buchanan, Grand Bassa County – Barely a day after Arcelor Mittal Liberia announced lockdown of its concession area in Buchanan, residents are worried about getting access to a major commercial bank and a supermarket within the company’s restricted areas.

Ecobank and Era Supermarket are within the concession area and with the lockdown people of the port city are likely to be barred from going there.

The decision, which took effect Tuesday, May 19, comes after the county recorded three additional cases following the confirmation of the first case – an employee of the company who tested positive for COVID-19 on May 14.

Meanwhile, several residents of the port city including the spokesperson for the civil society association have expressed reservations about the move.

Samuel Wilson said “ArcelorMittal Liberia’s 14 days lockdown is necessary but closing down the Ecobank and the Era supermarket is totally wrong”.

“ArcelorMittal Liberia cannot lockdown Ecobank because other citizens deposited their monies there and they need access to their funds,” said the CSOs spokesman, adding that public places like banks and supermarkets provide “essential services that should not be tempered with”.

“If ArcelorMittal Liberia doesn’t listen to us, we will take action against them because they have put in place measures for their workers to work but couldn’t find another measure for our people to get to the bank.

“ArcelorMittal Liberia says they are locking down their area but their essential employees who live outside the their area will continue to come to work, but only utilizing the company’s vehicles which will be disinfected regularly during the workday”.

Martha Peterson, a resident of Buchanan, added that the company’s measure is partial because it allows employees to go to work while others are barred from using the bank.

“Why AML wants to suffer our people? Lockdown the place and leave the Ecobank opened because it’s a public place, besides we the government workers get our salaries through Ecobank,” she said.

Eddie Williams, Grand Bassa County Information Officer, has hinted that the company’s decision to include the supermarket and the bank in its lockdown “won’t work”.

“They can’t and shouldn’t close Ecobank and ERA. Government is paying employees now; does AML want to strangulate the people? Lockdown your facilities, fair enough, but not public service providers,” Williams wrote in a Facebook post. It’s unclear if his comments represent the county administration’s position on the issue.

Meanwhile, Varney Kromah, Ecobank Buchanan Branch Manager, has told LocalVoicesLiberia in a telephone interview that the lockdown would not affect the bank.

“We had a meeting with the management of ArcelorMittal Liberia and we came up with a conclusion that the bank won’t be closed but the number of people entering the bank will be reduced,” Mr. Kromah disclosed, adding that customers will have to abide by all health protocols while in the bank.

Meanwhile, Dr. Anthony Tucker, the County Health Officer and Dr. Abraham Jawara, Medical Director of the Liberian government hospital, as well as  several other health workers have been quarantined, according to Gregory Walker, the deputy incident manager for the county’s COVID-19 response.

Walker told reporters that the health workers came in contact with a visiting staff of the World Health Organization who later tested positive in Monrovia two days after a meeting with staff of the county health team in Buchanan.