A training to help health workers identify patients showing signs and symptoms of COVID-19 has been held for clinical staff of the Phebe Hospital and School of Nursing in Suakoko, Bong County. It focused on infection, prevention and control method (IPC) and clinical management.

Similar exercise is expected very soon for all Health workers across the County.

Five officers of the Liberia Drugs Enforcement Agency have been released from 14 days quarantine after testing negative for COVID-19.

Mr. Mehn Morgan, Senior Agent of the LDEA Grand Gedeh detachment, and his officers were placed in quarantine after they reportedly came in contact with the LDEA’s Director Marcus Soko, who died from the virus earlier in May. 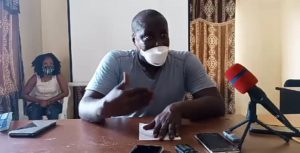 County Health Officer, Dr. Anthony Tucker and eight other senior health workers who were place under quarantine recently have tested negative for COVID-19.

The health workers were declared as “low risk contacts” after they attended a meeting on May 19 with a World Health Organization expatriate, who later tested positive.

They were quarantined for 14 Days as specimen collected was taken for test but came back negative.

Three persons have so far been tested positive for COVID-19 in the county.

On May 25, 2020, a man believed to have had mental problems died in the street of Voinjama. Health authorities took specimen of the dead man and sent to Monrovia for testing.

Also, a lady in her earlier 30s died following brief illness. Her death was preceded by vomiting, according to eye witnesses. The county health team took specimen of the deceased and conducted the burial.

Meanwhile, the county health team says it is continuing follow-up on contacts associated with the two confirmed COVID-19 cases in Lofa County. 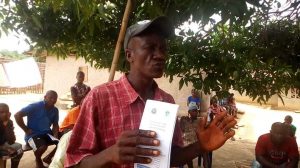 The Joint security of Gbarpolu County on Monday, May 25, conducted an awareness meeting in Gbarqueta, Bopolu District.

The awareness outreach was triggered by rumors that people in the town were not adhering to health protocols, according to the Police Commander Varmah Dixon.

During the meeting, Inspector Dixon encouraged people community members to get use to the measures aimed at preventing the spread of COVID-19.

Town chief Tarnue Sumo pledged his town’s willingness to monitor and make sure people follow regulations in the fight against the pandemic.