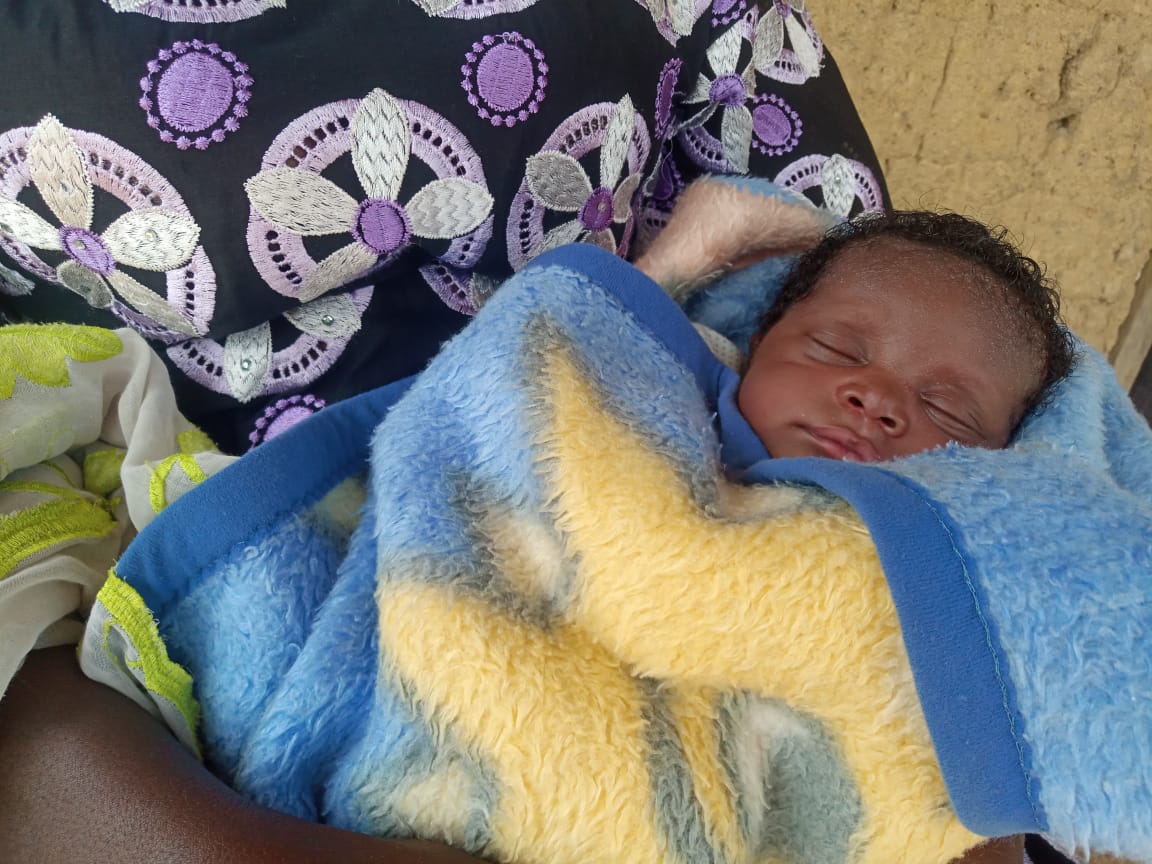 Voinjama, Lofa County – Fatu Kromah, a pregnant woman in her mid-thirties, never had the slightest of thought about a dreadful May 4, 2020, when she walked unaided to the Tellewoyan Memorial Hospital.

The pregnant Fatu was in labor pain – a recurrent agony preganant women endure.

Community members who had seen Fatu early that Monday recalled that she was very lively – moving from one neighbor’s house to another just before the pain struck.

But those were Fatu’s last moments with her family and neighbors. She would move on to Tellewoyan Hospital for delivery but never return alive.

Doctors at the facility tried all they could to resuscitate her but she succumbed to death on her third pound of blood infusion.

Asatu Sheriff, in-law of the deceased and current caretaker of little Maselah, stood by the theater’s door in ire.

“After she was delivered, we jokingly told her that this should be your last child, but she was no longer talking,” recalled Asatu in tears. “The doctors tried by all means, but the blood could not stop flowing.”

Asatu is a subsistence farmer who depends on the meager proceeds from rice farm. Raising money to regularly buy milk and other essential items for little Maselah is now a serious challenge for her.

“It’s not really easy on me. I just pray God that government and humanitarian people and organizations can come in to assist me,” Asatu pleaded. “To even get food to eat is not easy, where I am going to be getting money from to be buying milk for this child?” 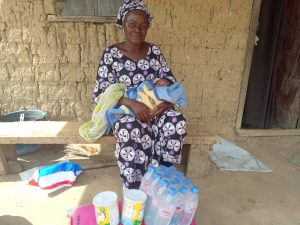 Asatu Sheriff, in-law of the deceased and current caretaker of little Maselah, sit outside of her home with the child after reciving a small donation from a local organization | photo by: Arthur Kowah

Musa Saryon, father of the child and husband to the deceased is unemployed. He now has five children to care for.

Saryon is a substitute commercial driver. He fills in for a friend who came to Voinjama from Monrovia with a vehicle but is stranded due to the State of Emergency declared by the president.

Musa uses this as an opportunity to drive his friend’s pick-up around Voinjama, conveying marketeers from nearby towns.

He gets “small cash” from the fares, which he uses to buy food for his family.

But life is still “very tough”, Musa says, adding that the already hard economy has been exacerbated by the coronavirus pandemic. He laments that he’s unable to convey the regular number of passengers due to health regulations imposed against COVID-19, a situation that also affects his daily income bcause many marketers now prefer to trek.

Saryon’s wife helped buttress his efforts by selling food items in the local market. Now, her demise has left a void, he said.

“The small profits she used to collect from her market, even though it wasn’t plenty, could add up to anything I got for us to take care of the home,” he said as he broke down in tears during an interview with LocalVoicesLiberia. “I loved her so much and will miss her; we can’t question Allah for what has happened”.

Meanwhile, a local nongovernmental organization based in the county, Caring Family Concern for Orphans Initiative has identified with Mr. Saryon and his family.

The organization donated a 25kg bag of rice, two cans of milk and a sachet of mineral water. The group said the gesture is to help cater for little Maselah, who is now 3 weeks old.

Mr. Aaron P. F. Ballah, who heads the organization, said they observed that the child was being fed with ordinary water which creates health concerns. He added that the situation prompted their initial intervention because the “the child’s life matters to us”.

However, it is not clear if the organization will regularly continue the gesture.