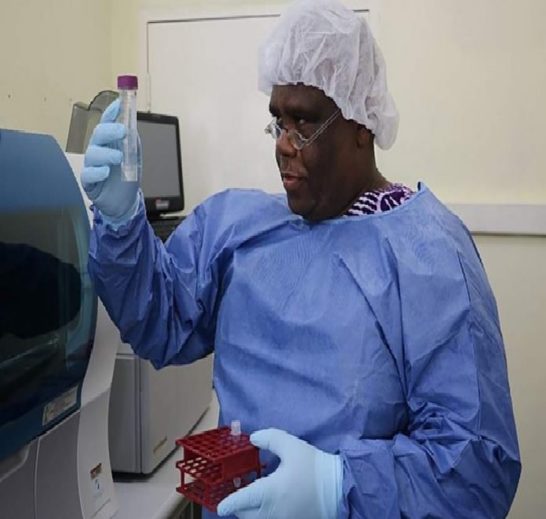 Monrovia – Liberia’s health authorities have drawn a correlation of how the country was made prepared far before the deadly Coronavirus outbreak, saying lessons learned from the Ebola Virus Disease (EVD) encounter in 2014 have adequately informed the Country’s preparedness measures to respond to the novel COVID-19 outbreak from EVD.

The Director General of the National Public Health Institute of Liberia (NPHIL), Dr. Mosoka Fallah, and Montserrado County Health Officer (CHO) Dr. Yatta Wapoe told this reporter that lessons learned from the Ebola that is now been utilized provides caution to be prepare at all times, considering that no one knows when another outbreak will emerge.

Both health practitioners drew a correlation of what works well from the Ebola fight during the COVID-19 intervention and the drawbacks at the EVD in 2014.

The NPHIL boss said messaging during the Ebola fight in 2014 was not a good message, citing for instance, that the people would die whenever they encountered Ebola, which he indicated was not helpful to the fight.

Dr. Fallah admitted that said messaging was intimidating, and scaring away people from going for treatment, whenever they were sick. “The people were shying away from medical treatments for fear that they could be tested positive of the Ebola and die,” the NPHIL boss said.

Comparing the two major outbreaks, Dr. Fallah said during the Ebola fight, there was a call-center such as 4455 numbers which is also used during the Coronavirus fight now to enlighten health authorities to collect a patient from homes.

Dr. Fallah further disclosed that Liberia put in place epidemic preparedness mechanism after the Ebola Virus Disease and noted that the country’s preparedness in fighting pandemics is strong and working effectively to meet the needs of the residents of Montserrado County, and the country at large.

According to him, one of the major epidemic preparedness institutions in place is the National Public Health Institute of Liberia which was established just after the Ebola fight.

Inclusive in the lessons learned from the Ebola fight that is applicable to the current COVID-19 intervention, Dr. Fallah said, concerns treating patients and tracing contacts of confirmed infected cases in various communities.

As a means of maintaining the preparedness, he noted the NPHIL activated 93 surveillance officers deployed in communities daily, searching for diseases, while over 300 persons were trained as public health workforce just to be tracking common diseases.

Liberian health professional pointed out in additional to the level preparedness mechanism put in place, the health authorities of the country also started a good laboratory that is currently active, “realizing that without good Lab, it could been difficult to fight the outbreaks of pandemics.”

Meanwhile, Dr. Fallah asserted that they did not wait for the outbreak before preparing for it; rather the health authorities instituted several measures at the Roberts International Airport (RIA) that could contain or curb the virus.

The NPHIL Boss revealed that the entire government started to do her very best since January to ensure that the Coronavirus did not enter the country, adding that all segments of the society were also involved.

On their efforts at preventing COVID-19 from entering Liberia, Dr. Fallah explained that from January to the time Liberia discovered her first case, all visitors from China and Europe were tracked at the airport and a protocol team was established.

“Officers were assigned to ensure that travellers were complying with health screening at the airport, nurses were available for hand-washing and everyone was there trying their best to prevent the virus from entering in the country.

Also speaking to this reporter on the extent to which the Ebola experiencing is impacting the present COVID-19 fight, Montserrado County Health Officer (CHO), Dr. Yatta Wapoe said the Ebola Virus Disease (EVD) informed the Country’s preparedness measures or response to this new Covid-19 outbreak from Lessons Learned from the EVD.

The Montserrado County CHO indicated important lessons learned from the EVD fight include contact tracing, active case finding, community engagement and risk communication, as well as isolation of infected cases and high-risk contacts.  “These were all important factors considered in our Epidemic Preparedness and Response plan,” she said.

As Country, Dr. Wapoe acknowledged community involvement as the key in the control of all diseases, especially during outbreak of diseases.

She said lessons learned from the Ebola Virus disease outbreak placed the Liberian health authorities in a better position to respond adequately to this new COVID-19 pandemic. She added that the government experienced first-hand damaging effect the virus had on the already fragile health system.

“Most importantly, it helped us to respond promptly during the preparedness phase; and as it relates to the health care system, we ensure the safety of our staff so that the number of health care workers infections are minimized.”