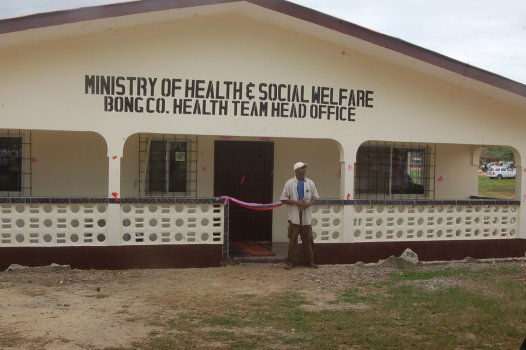 Gbarnga – Bong County has recorded its third COVID-19 death. This comes less than 48 hours after the second person died of the virus in the county.

The third patient, according to Bong County Health Officer Dr. Adolphus Yeiah, is a 49-year-old man who died at the Phebe Hospital this week.

Dr. Yeiah continued, “The man in person, according to report had an underlying health issues and was traveling to Monrovia from Ganta where he had fallen sick and rushed to the Phebe Hospital but he later met his demise”.

His specimen was immediately taken to Monrovia and was proven positive at the reference lab of the National Public Health Institute of Liberia, the CHO added.

He said the new case has no known connections to the first and second confirmed cases of the COVID-19 in the county, as they are from separate locations.

On June 4,  Bong County recorded its first confirmed case of the COVID-19. The patient was a 52 years old man who died at his home in the Millionaire Quarter community after his specimen was taken to Monrovia and tested positive for COVID-19.

On Monday June 8, the County confirmed its second confirmed case. The patient is a 65-year-old man, who also died Sunday at the hospital while his specimen was collected for testing and proven positive.

Dr. Yeiah told reporters that the Bong County Health Team is currently working to reactivate an isolation center used during the Ebola outbreak at Phebe Hospital.

The local health team is also finalizing arrangements with the Health Ministry and the National Public Health Institute of Liberia to establish a COVID-19 testing center in the county.

“We have moved two beds there to start with. We don’t have much, but the little we have, we will start with it. If we have any case that we suspect or we confirm, we will be keeping them there and treating them,” Dr. Yeiah revealed.

Meanwhile, he’s calling on people of the county to strictly adhere to health protocols in order to limit the spread or the virus in the county.

Dr. Yeiah said it is important that people continue to practice the preventive measures “because even if there is one case, everyone is still at some risk”.