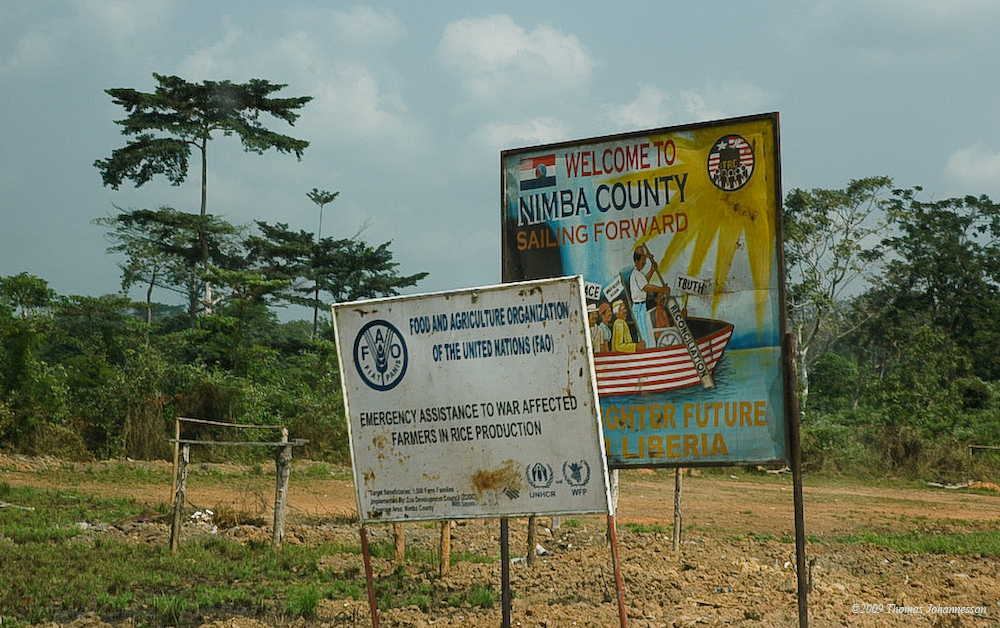 Nimba County – Since Journalist Jeremiah Gayflor of Voice of Tappita – located in lower Nimba County – recovered from COVID-19, many people in the county have expressed denial about the existence of the virus.

The situation has increased the need for more effective public awareness about the virus in the county, which the county has been struggling with since the outbreak began.

In April, Gayflor tested positive for COVID-19 at the Jackson F. Doe Memorial Referral Hospital, in Tappita. He was later transferred to the 14 Military Hospital near Monrovia, where he stayed for over two weeks before being discharged. Before he was released, the journalist tested negative twice, proving that he had recovered.

Soon, the crowd became disorderly – ransacking a local guest house, which is being rented by the government of Liberia and partners as a quarantine center. The situation prompted several persons in quarantine to flee.

That incident has ever since heightened the level of denial amongst people in the county.

In another incident, the son of a woman who was infected with COVID-19 and later died, vowed to file a lawsuit against the E & J Medical Center in Ganta City, and the Nimba County Health Team for exposing his family to the coronavirus disease.

Mr. Bill Laywehyee of Ganta City argued that his mother did not die from COVID-19, as was suggested by the county health team in its report.

After his mother’s death, the hospital released the corpse to the family for burial and while the body was being prepared for interment, the county health team then informed the family that she died from COVID-19. The family saw the situation as a dishonoring of the legacy of their mother, and made their discontent public.

Laywehyee originally planned to file a US$14 million lawsuit against the hospital and the county health authority, but he has since discontinued his efforts, based on the intervention of some prominent residents of the county.

During the mediation, Dr. Phillip Sarh, County Health Officer, asked the family to “forgive and forget anything that went wrong”.

After weeks of apology, the Laywehyee family then accepted the apology and waived all expenses they had incurred during the situation.

However, there still remains increasing denial about COVID-19 amongst people across Nimba county.

Many people are refusing to abide by health measures, including social distancing, hand washing, and wearing nose masks while amongst others.

Before government relaxed some of the restrictions, by informing that places of worship could resume worship service with 25 percent of members at a time, several churches in the county were already violating the social distancing regulations by holding worship services.

Some people say the denial syndrome is based on conflicting information citizens say they frequently receive from health authorities in the county.

“We are not disputing the existence of the virus or violating, but the way the virus situation in this county is being handled is [deplorable],” said Kou Suah, a market seller in the community of Flumpa, in Nimba County.

“Today this person died in the hospital, tomorrow the person was positive,” Suah explains. “Why the person was not tested when he or she was alive, [instead of] after death?”

John Dahn, Town Chief of Flumpa, says he also does not understand the facts behind the death of COVID-19 victims.

“When Ebola was killing all over, some of us were not there, but our children used to called us and inform us. But this one is hard to say, especially the argument associated with the death of victims,” he said.

As of June 10, 2020 Nimba County has recorded eight confirmed cases of COVID-19, with four deaths and two recoveries so far. The county recorded its latest confirmed case on June 8, amid calls for increased sensitization about the pandemic.

Paye Gbaintor, a community lead total sanitation (CLTS) officer for Lower Nimba County, now serves on the COVID-19 awareness team in Tappita District. He says that, based on the waves of denial in the county, the team is doing more awareness to respond to rumors and misinformation about the virus.

“We have set up sub-awareness groups that are currently working,” he said, “and results coming up are fine.”