Students of the Zwedru Multilateral High, Tubman Wilson Institute, Suah Memorial Institute and the Child Friendly High School in Zwedru have all benefited from COVID-19 support.

Presenting the items to the female students, Jewel Star Fish Foundation Monitoring and Evaluation officer, PK Yonpon, said the Foundation is targeting less fortunate schoolgirls during the pandemic. Already, the Foundation sponsors girls from Grade 7 through college or university.

Receiving the materials on behalf of her colleagues, student Veronica Dorbor of the Zwedru Multilateral High school, thanked the Foundation for thinking about them.

She described the donation as timely and promised that they will do more in their academic performance when school resumes. 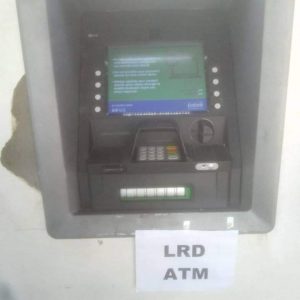 Before the ATM was installed, many people in Pleebo, Maryland Count would spend up to a week going in the banking halls before withdrawing from their bank account

Before the installation of the ATM, people in that part of the country decried the poor banking system that constrained people to spent four to five days before accessing cash.

Speaking to LocalVoicesLiberia, Ecobank’s Pleebo Branch Manager, Moibah Barwoh said the quick service teller machine enables customers of the bank to get quick access to their salaries and do other transactions.

Meanwhile, customers who witnessed the installation of the ATM said it will be useful during this period of COVID-19 as people are cautioned against assembling – something that usually happens in banking halls.

Health authorities in Margibi County have expressed serious concern that the public is ignoring health protocols meant to prevent the spread of COVID-19.

It has been noted that social distancing, the wearing of nose masks and regular hand washing are being gravely ignored by locals.

According to the Community Health Service Director of the County Health Team, James  Varnie, the CHT is mobilizing resources to strengthen its social mobilization.

This will ensure those in the public continuously practice health protocols in order to keep safe, Varnie told LocalVoicesLiberia.

Margibi County has the second highest infection rate in the country with 30 confirmed cases and one death. 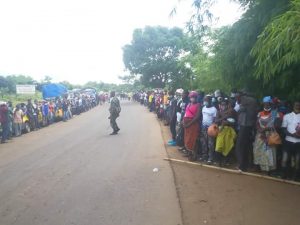 Soldiers of the Armed Forces of Liberia have been deployed at the Po River bridge to restrict the movement of people since President Weah declared the State of Emergency.

Bomi County Health officer and head of the county’s COVID-19 Emergency Response Task Force, Dr. Augustus Quaih, has expressed dissatisfaction over the manner in which he was allegedly treated by Captain Dolo of the Armed Forces of Liberia and his men assigned at the Po River Bridge in Bomi County.

In his explanation during a regular task force meeting on Tuesday, June 16, Dr. Quiah said he was accused of using fake COVID-19 response sticker by the soldiers and was detained at the checkpoint.

“I identified myself to him as the CHO of Bomi and that I was coming to attend a task force meeting to take care of the case that was confirmed positive and the sicker am using was issued by MoH (Ministry of Health) transport department, but Captain Dolo ordered his men in action with their guns to intimidate me from going,” Dr. Quiah narrated.

He added that after he made series of calls, he was then granted passage by the AFL Captain and his men.

Responding to Dr. Quaih’s allegation, the Captain said he was working in line with a mandate that all authorized vehicles should travel with original COVID-19 sticker and was simply doing his job.

It appeared that the meeting did not resolve the concerns of CHO as the issue ended in deadlock.

Lofa County: Help From the Diaspora 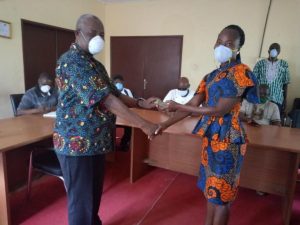 Mrs. Pendorah Zayzay (left) presents the cash for the repair of the X-ray machine to Cllr. Robert Koryon Borlay, Borad Chair of the to the Tellewoyan Memorial Hospital

Voinjama District Global Citizens Association headquartered in the United States of America with sub-branches in several other countries has donated US$2,000 to the Tellewoyan Memorial Hospital, which is the major government-run referral hospital in the county.

The money is to help the hospital repair the only X-ray machine which has been damaged for several months now.

The situation of the damaged X-ray machine has compelled locals to seek X-ray services in neighboring Guinea – something health workers say exposes them to the risk of contracting COVID-19.

The cash was presented on June 16 by the group’s county coordinator, Mrs. Pendorah Zayzay.

Accepting the donation, the Board Chair of the hospital, Cllr. Robert Koryon Borlay, said the gesture is very timely.

The donation comes barely two months after the same association donated US$1,350 worth of hand washing buckets and other sanitary materials to the county’s COVID-19 task force to boost its fight against the pandemic.

At the same time, the task force has also posted 30 banners in various community.  The banners are carrying messages about preventing the spread of COVID-19.

According to Millias Z Sheriff, who is the Financial Secretary on the task force, the banners and barrels were placed at strategic places in communities across the county.