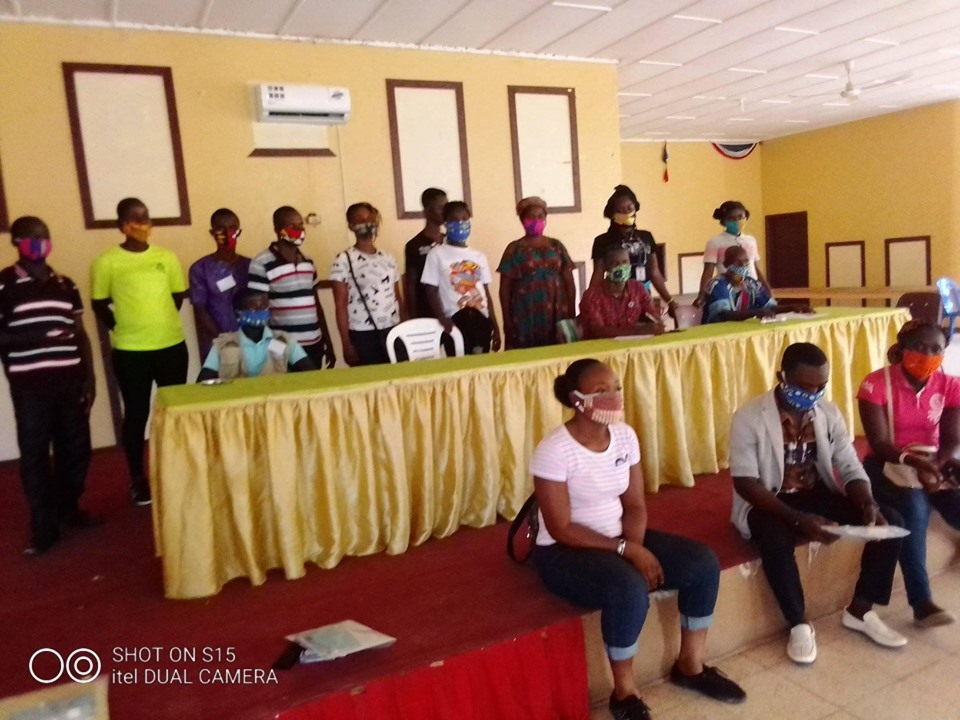 The two days session, which started on Monday June 8, and ended Tuesday  June 9, was held at the Zwedru city hall with participants drawn from Peace FM in Toe B’hai District, Flash FM, Smile FM and Top FM of Zwedru.

Liberia’s Female Journalists Association president, Siatta Scott Johnson, said the training was a Spotlight Initiative support aimed at empowering media practitioners with knowledge and skills to report in a gender sensitive manner and to have more information on how to report on SGBV in order to curb violence against women and girls in Liberia.

Spotlight Initiative is a global multi-year partnership between the European Union and the United Nations. In Liberia, the Initiative seeks to eliminate all forms of violence against women by 2030.

“The reason why these five counties have been selected to roll out the project was at a result of a survey conducted in 2018 by the European Union and other partners on the high rates of SBV and SGBV cases”.

She urged participants to make use of training by reporting accurate information when reporting on SGBV issues in the county.

Speaking on behalf of the participants, Tina Zulu a female journalist of Flash FM Community radio in Zwedru, thanked the lead facilitators and organizer for the training.

“We learned many important topics like the Liberian Domestic Relations Law, New Rape Law, techniques in investigative reporting, and was mixed with COVID-19 prevention,” Ms. Zulu told LocalVoicesLiberia after the training. .

Meanwhile, female Journalists in Grand Gedeh are expected to be recruited on the Spotlight Initiative Support project to report about violence against women and girls especially during the COVID-19 pandemic.