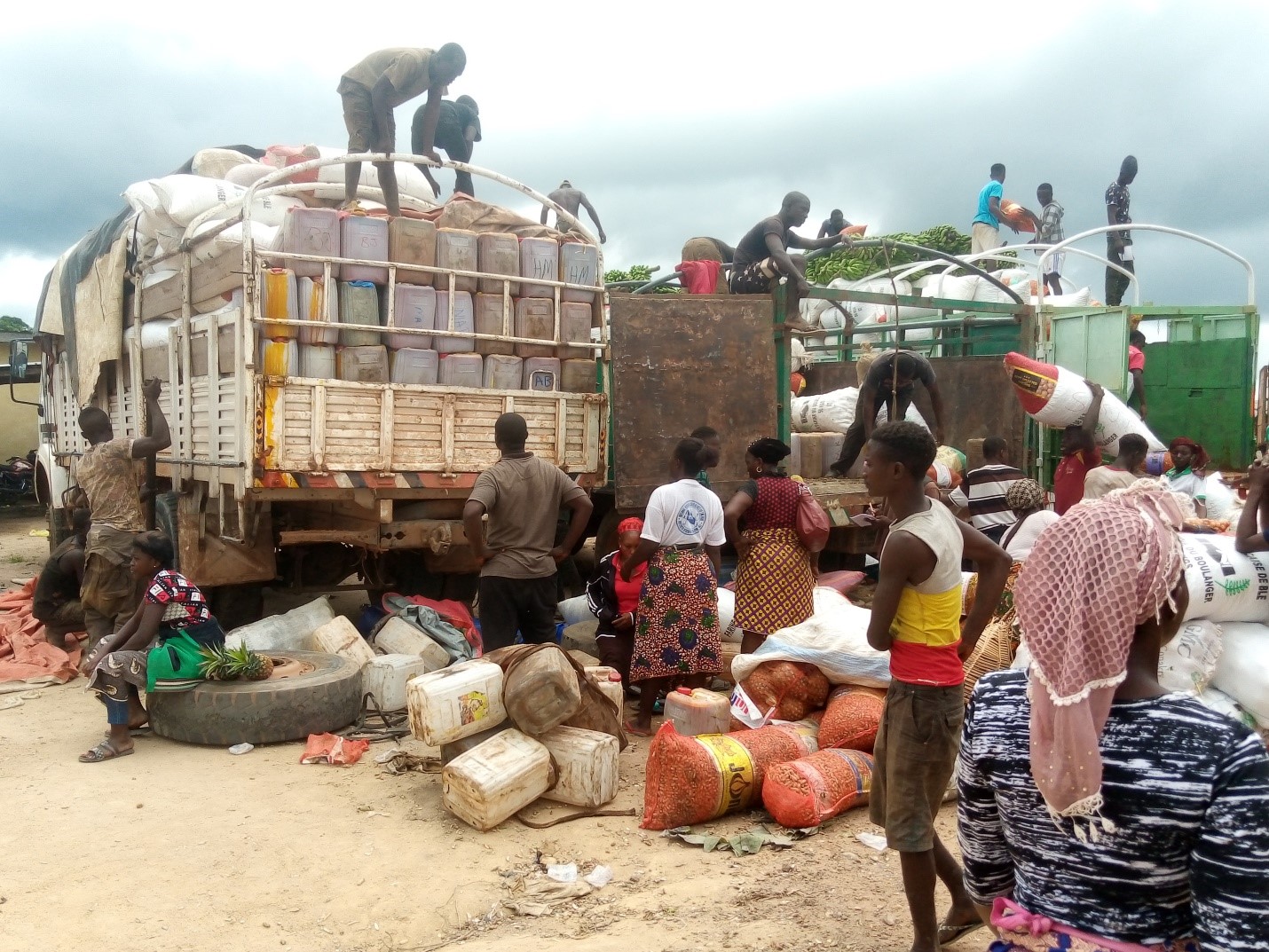 Voinjama, Lofa County – On April 10, 2020, the government of Liberia declared a state of emergency to curb the spread of the novel coronavirus in the country.

The measures put in place as part of the state of emergency included restrictions on the movement of people in and out of counties with confirmed cases, a curfew which stopped people from being out after 3 pm, and a ban on all social gatherings of more than 10 people – resulting in schools being closed and entertainment centers shut down.

These measures altered the daily activities of people in Lofa County – a county that was hit hard by the Ebola epidemic between 2014-2016.

Unlike during Ebola, however, COVID-19 restrictions have led to serious impacts on people’s daily lives in the county, including their economic and social activities.

John Ballayan is a farmer and resident of Voinjama City, Lofa County. He says, “it is very hard to observe all the health regulations”.

“This is not a rich society where in many cases people are sometimes very independent and have almost everything to their need, but here in Lofa, we depend on each other for just everything,” said Ballayan, a father of four children.

“We ride crowded vehicles to go places, and attend crowded markets – not because we don’t believe that the Coronavirus exists and is spread by coughing, shaking hands and touching, we believe it! But that’s just the way of life.  So, social distancing is just not possible in Lofa.”

Mr. Ballayan said his children are decrying the closure of schools and continue to ask about the resumption of classes.

“I feel so sorry for my kids who are so passionate about [going back to] school,” he said, adding that he and his family also struggled to deal with the 3 PM curfew.

“It was not easy at first when the security forces were forcing us to go indoors while the sun was still up and shining. It was a complete hell, but we thank God that government has begun lifting some of the restrictions that will allow us to go about our normal activities.”

Another resident of Voinjama, Kolu Zaizay said the COVID-19 measures are “just terrible”, as she recounts how the restrictions are gravely impacting her business- buying and selling farm produce.

She said travel restrictions placed on the movement of people between counties has caused her business to collapse. Since the restrictions began, Kolu was unable to make weekly trips to Monrovia, as she stayed in the county and struggled to abide by the social distancing protocol.

“I tried to keep that portion of the measures, but it was not possible as I had to ride on a motorbike with three people just to go out to find food for my family – or I will have to pay triple the cost to ride a bike if I chose to ride with only the rider,” she explained.

Commenting on the prolonged closure of schools, the mother of four said her children are “desperate to go back to school”.

“Look at my four children and see how desperate they want to go back to school. I am too embarrassed right now,” she said with a grim face.

“More painfully, my little sister who is just 14 years is pregnant from one of her classmates, and has since left the house and followed the boyfriend to his village. This COVID-19 has broken my life, as my little sister’s future is uncertain in the village when she gives birth.” 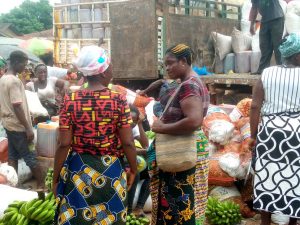 Voinjama Friday market where social distancing is just not holding – local farmers continue to troop to the market with their produce for business | Photo By: Kolubah B. Akoi

Like Kolu and Mr. Ballayan, many people in the county’s capital share similar experience about the new pandemic.

During the Ebola outbreak, many lives were loss, children made orphans and businesses collapsed. Yet, over time, the people of Lofa had crawled back to recovery, following the devastating impact of the Ebola epidemic.

District Four Representative (Voinjama District), Mariamu Fofama, puts the total Ebola deaths in the county at 273 – but others say the number of deaths was underreported, because many families buried their dead in secret and did not report to the health authorities.

According to Francis Duoko, Data Clerk of the County Health Team, there were 396 Ebola deaths in the county.

Five years after the Ebola outbreak in Lofa, people in the county have put behind them the devastating impact of the epidemic. Since the outbreak of COVID-19 began in Liberia, Lofa County has recorded 21 confirmed cases and four deaths so far.

As the government relaxes some of its restrictions on the movement of people and goods, and has moved the curfew from 6pm to 9pm and then back to 6 pm, many people in the county are regaining confidence that the battle against the pandemic is yielding positive results.

Local farmers have begun returning to the county’s capital to trade farm produce, and marketers are keen on making some trips to Monrovia with their goods.

But some farmers have expressed concerns that they are at a disadvantage, as the prices of farm produce continues to decline.

William Tamba Kamba, Lofa County Superintendent, said he is “very confident” that the county will soon be declared COVID-19 free, adding that the local task force is continuing massive awareness campaigns, to spread information about preventive measures to protect against COVID-19, amidst ongoing denial by some residents.

However, he is worried that there might be a repeat of denial amongst locals, like what happened during the Ebola outbreak