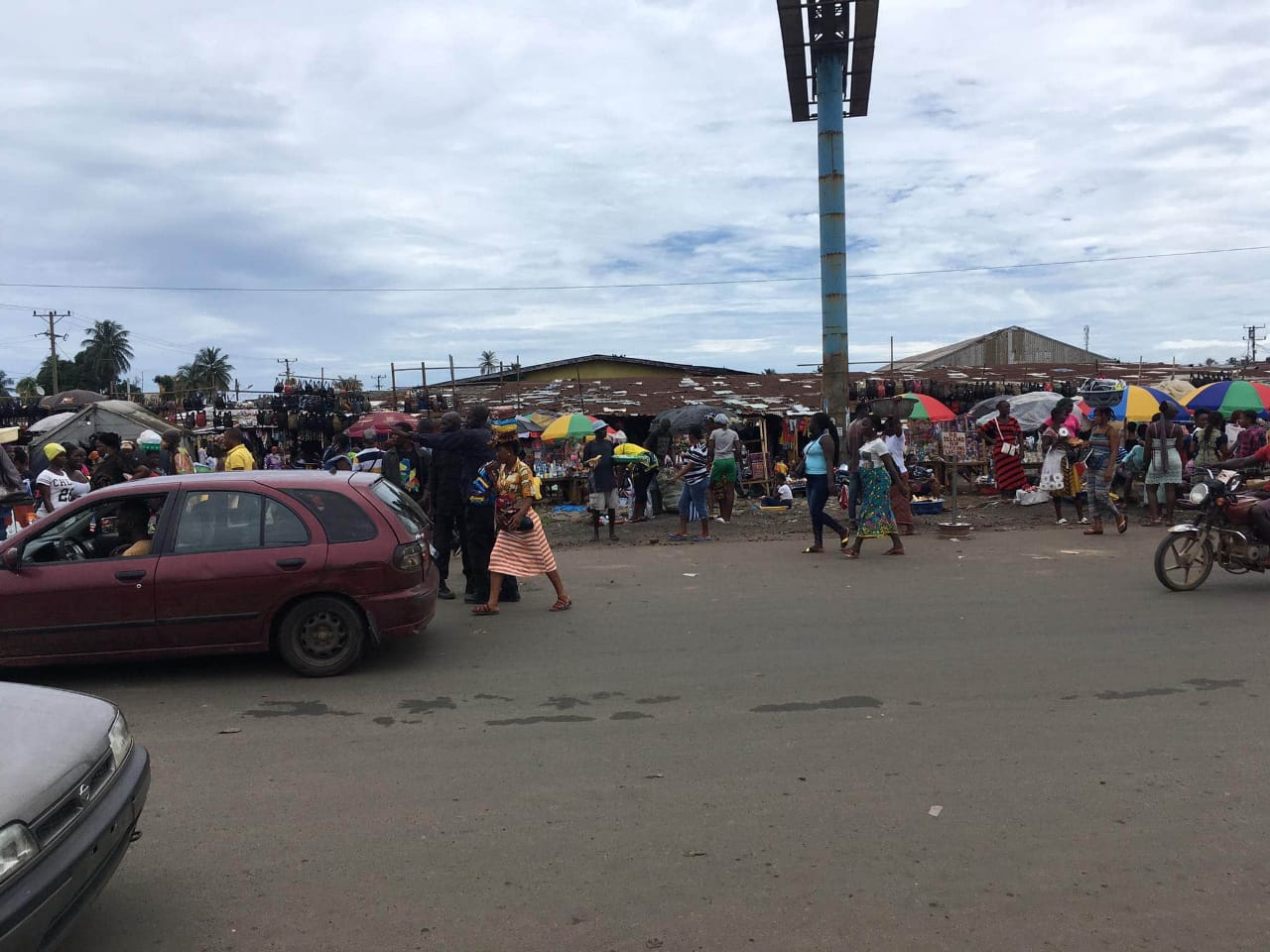 Monrovia – Some Liberians are becoming very wary and edgy as the government relaxes regulations meant to curb the spread of COVID-19.

Among those expressing concerns are business owners who are worried that uncontrollable crowds of people, who ignore health regulations regarding social distancing and wearing of face masks in public spaces, are causing the country’s infec  tion rate to rise.

Some of these businesspeople had predicted that reopening the country would cause a spike in the number of cases – a situation that Liberia is currently faced with. Before the government adjusted the curfew, cases were relatively low.

The Government announced the state of emergency on April 10th, at a time when the National Public Health Institute of Liberia (NPHIL) had only recorded 37 confirmed cases – including 29 active cases, five deaths and three recoveries.

Originally, the curfew hours were from 6 am to 3 pm – and the country was experiencing a slow increase in the number of confirmed cases. On May 22, the curfew was further adjusted from 6am to 6pm.

By early June, NPHIL’s updates showed a total of 321 confirmed cases – including 181 active cases and 175 recoveries.

Despite the high economic returns that many had anticipated would come with the reopening of the economy, members of the Liberian business community greeted the news doubtfully.

According to them, while it is true that they want the country to re-open, they still believe that the enforcement of health protocols and the guidelines regarding movement of people must be seriously considered and observed.

They said too many times they have observed that people are finding it difficult to adhere to health protocols, something they blame state security for enforcing.

With the lifting of restrictions – like the reopening of worship centers, the reduction of curfew hours and the unregulated commercial activities – Liberians have seen a rise in the number of confirmed cases.

Speaking to LocalVoicesLiberia in Duala, one of Liberia’s largest markets, Kollie Gaygay, a local businessman dealing in electronic appliances, called on the government to act carefully.

“We can’t continue to be on a lockdown, we agree but we can’t also just open the country without properly adhering to preventive health measures,” he said.

He said although many people want to provide for their families, it is also important to avoid risking people’s lives.

“Of course we want to survive, but we can’t continue to engage customers unsafely and be vulnerable to the virus. Now many shops and customers are not keeping and playing safe. No wonder why the cases continue to increase on a daily basis,” Mr. Kollie said. 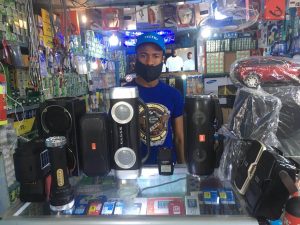 Electronics dealer, Kollie Gaygay, says the government must be very careful with reopening the country especially as the COVID-19 infections rate is increasing | Photo By Chris Kieh

Kollie’s concern is based on the number of new confirmed cases Liberia has recorded in the last couple of weeks.

Liberia now has 1056 confirmed cases, with 543 of this number being active cases. The number of cases before relaxing restrictions was at 650, accounting for a period of three months – March, April, and May.

Despite the response efforts to break the transmission of the virus, the infection rate is increasing. As of July 14, Liberia recorded 43 new cases – the highest recorded in a single day since the outbreak began in the country.

Upon hearing this grim statistic, the head of the Duala Businesswomen Network, based in Duala Market, said cases are increasing because people are refusing to adhere to recommended health measures.

Madam Siah Tamba said there could only be a better business climate if customers and business owners are well and healthy. She also cautioned members of her organization to continue adhering to the health measures.

“My people, I want you to know that Covid-19 is real and has not left us yet, the cases are increasing and we are not winning the war against the killer virus. Please my people, do not mind the government decision to relax some restrictions and make yourself vulnerable,” she said during an interview.

Madam Tamba has also called on the government to be robust about the fight against the pandemic so that the country can return to normalcy.

“We don’t want a halfway approach in the fight, but rather a holistic approach so we can be freeto sell our goods in a peaceful and safe atmosphere,” added another petty trader also in Duala, only identified as T. Girl. 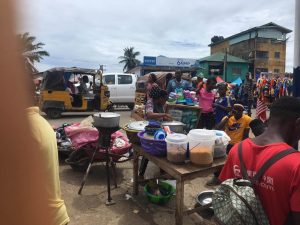 Commercial activities in Duala Market has continue without regard for the coronavirus preventive measures | Photo By: Chris Kieh

Experts have equally warned that opening of the county without any properly medical approach will sink the country into a deeper mess, thereby exposing citizens to the virus.

“It will be unwise to just open the country without planning on mass testing. The hot zones remain volatile so government must ensure that stringent measures be put in place before attempting to relax the restrictions,” says Dr. Chris Dougbah Nyan, a Liberian biomedical research scientist based in the United States.

The government of Liberia is now at the verge of becoming rigid against members of the public who are in constant violation of established health protocols, especially the compulsory wearing of masks in public places.

Dr. Mosoks Fallah, Director General of NPHIL, says the Incident Management System is working with multiple institutions including businesses, commercial drivers, and the national police to enforce mask wearing as a way of curbing the surge in cases.

Dr. Fallah told Spoon FM on July 14 that the IMS legal team has written the Minister of Justice to obtain the requisite legal authorities to carry out arrests and fine violators of the health protocols.

He said when the request is endorsed by the Minister, IMS agents will begin to shut down supermarkets, shops and other businesses that are violating the health protocols while vehicles will be impounded when passengers are not wearing masks.

Dr. Fallah added that the IMS has resolved to become stiffer and stringent to ensure success against COVID-19.