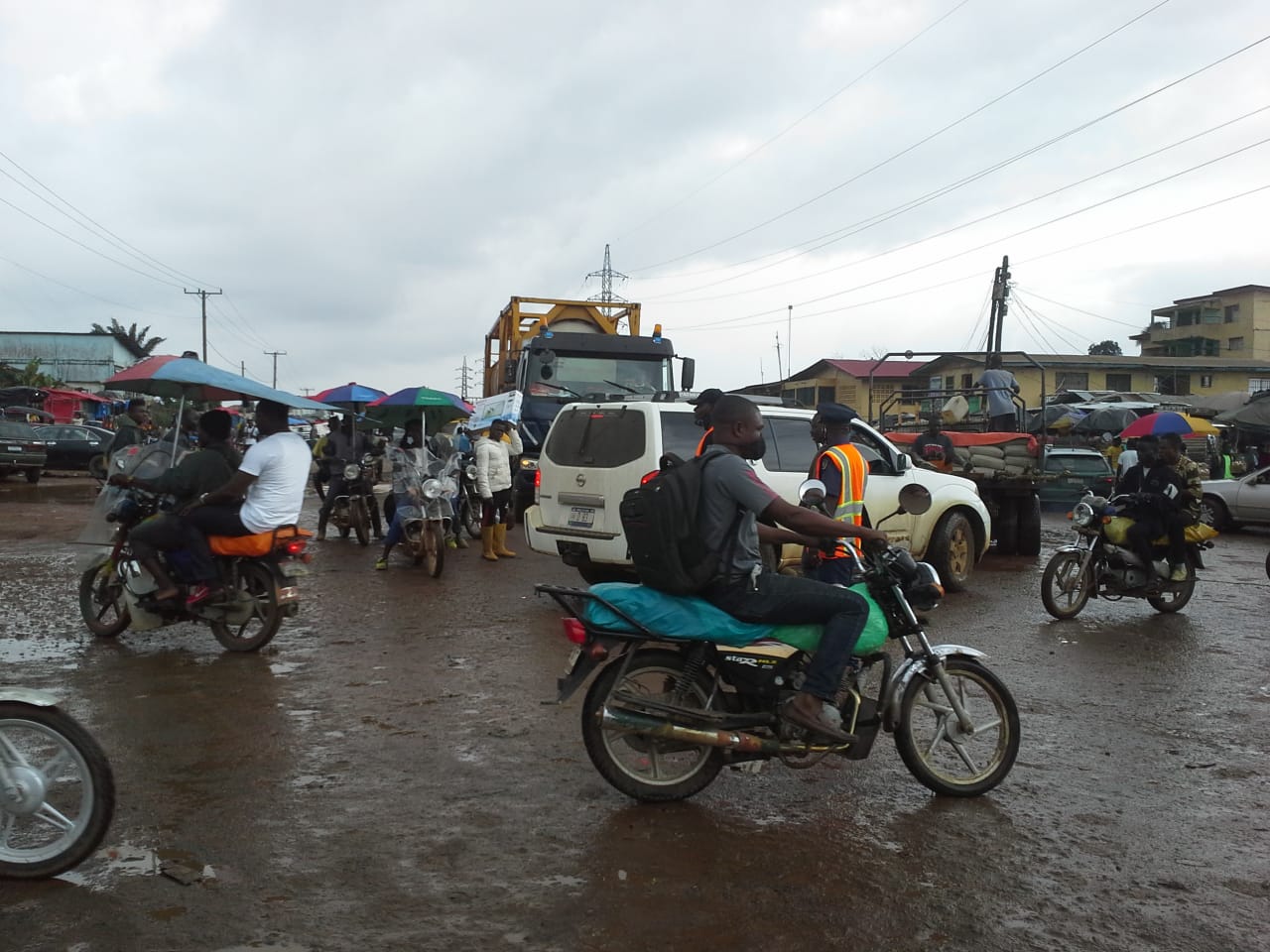 Paynesville, Montserrado County – Parker Paint junction — about a stone throw away from the commercial district of Red Light in Paynesville — is becoming a no-go zone for pedestrians and commuters who do not wear face covering or mask.

Police at this major junction, which connects with the highway to Margibi, Bong and Nimba Counties, often stop commuters and pedestrians from crossing the checkpoint if they are not wearing face covering.

Moses Kekula, a taxi driver, told LocalVoicesLiberia that drivers carrying passengers who are not wearing face mask are not allowed to pass through the junction.

“The police will stop the car and demand us to wear mask; if we don’t have it on us, we’re forced to buy it,” explains Kekula.

“I always cautioned passengers to put on their nose masks before reaching Parker’s Paint junction and if they refuse, I put them down to avoid problems with the police.”

Another driver, who identifies himself as only Mohammed, said that whenever he reaches Soul Clinic junction – which is located few stretch away from the checkpoint – he orders his bus conductor to ensure that every passenger on the bus is wearing a nose mask.

“Only Parker’s Paint Junction police can really give us hard time on this road,” Mohammed said, adding that the police at the junction are very uncompromising with the adherence to the wearing of face mask.

For Emmanuel, a motorbike taxi rider, he has lost many customers at the junction because they were not wearing nose mask.

But he further expressed that he abides by the wearing mask regulation “because prevention is better than cure”. 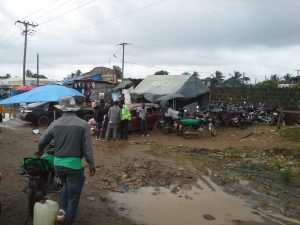 Motorists are stopped from crossing the Parker Paint junction in Paynesville if their passengers are not wearing face covering or mask . Some vehicles are impounded by the police | Photo By Aria Deemie

A woman who claims to be a resident of the FDA community – several miles away from the Parker Paint junction – explains that she always travel with a mask while using the Parker’s Paint route to avoid embarrassment from the police.

Musu, who also sells at the Red Light market, said whenever she forgets her mask at home, she buys one before reaching the police check point.

“Drivers are scare of the police so they put us down before reaching them if we don’t have on our masks,” she said. “They act like only Parker’s Paint junction have the virus.”

According to Police Superintendent Jacob Moses Gandyu, who heads the police depot in the area, enforcing the preventive measures is a very tedious task.

Dealing with people from different religious backgrounds and with different beliefs has not been easy but they have made it an obligation to work tirelessly to ensure that people abide by health protocols.

“We can put an end to this virus if we work with one another for everyone’s safety and urged the citizens to comply with the set standards and follow the rules put into place at the checkpoint to prevent them and others from catching the virus,” the Police officer said.

In June, the Liberian Government launched a mask for all campaign at the Ministerial Complex. The Ministry of Health and National Public Health Institutes of Liberia (NPHIL) and other government agencies stressed the “no mask no service” protocol.

At the launch, the NPHIL Director General Dr. Mosoka Fallah urged Liberians to take the wearing of face masks very seriously especially at the time when the number of confirmed cases are increasing.

Also speaking at the launch, the Ministry of Transport’s Director for Operations, Lawenzo Beyan promised to work with the related transport unions to ensure the mandate is upheld.