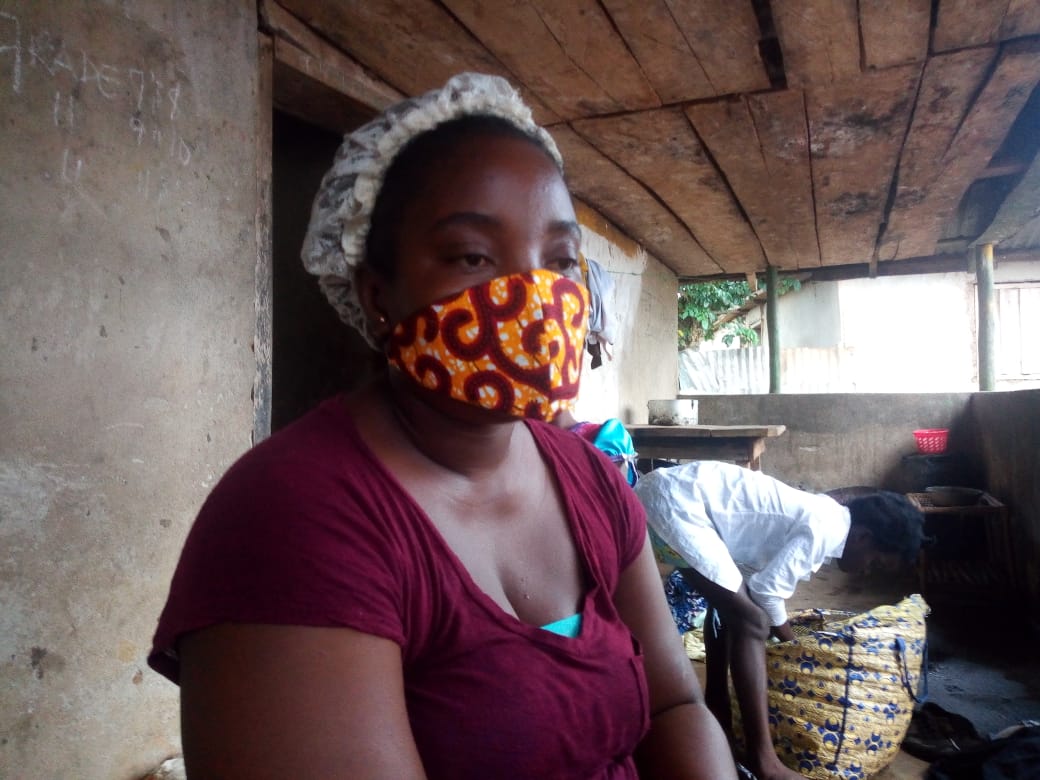 Gbarpolu County – Since the outbreak of the coronavirus pandemic in Liberia, everyone who has contracted the virus and recovered has a story to tell.

Those stories are of fear, pain, uncertainty, and sometimes hope. While some are unwilling to share their story with the media for fear of being stigmatized, others say it will help curb misinformation and rumors and boost the response efforts against the pandemic.

In Gbarpolu County, three patients, who have recovered and were recently released from the COVID-19 treatment center, have agreed to share their respective experiences with LocalVoicesLiberia.

Alexander Kesselle Brown, Ketina Tiaklan, and Dominic Vartiker were released from the treatment center on July 23. They are optimistic that telling their stories will help curb the wave of denials by many people in rural Liberia.

Brown, 40, who lives in the Sawmill community, recalls how he contracted COVID-19.

“For me, I was not sick. I was not even showing any signs of coronavirus. But because my boss treated a patient, who later came down with the virus, my specimen was collected, tested and my test result came positive,” explains Brown.

“I was upset and said to myself that my days on earth are all over. I have lived in terrible fear that I have never experienced before but thank God I was well taken care of and now I am well and back.” 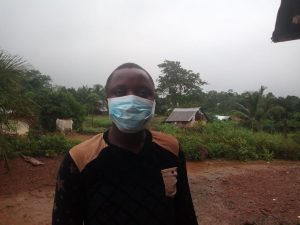 Alexander Kesselle Brown works at a health facility in Gbarpolu County, where he contracted the virus | Photo By: Henry Gboluma, Jr.

He thanked health workers at the COVID-19 treatment facility for caring for him during his isolation and treatment.

For Ketina Tiaklan, a 33-year old businesswoman who contracted the virus from her partner, before her specimen was collected for testing she was showing all the signs and symptoms of the virus.

“I came down with a strong headache, pain in my neck, lack of taste and could hardly smell anything around me,” said the mother of two, who spouse is a health worker.

“My 11-year-old daughter and I were confirmed positive and they took us to Bomi County where we remain and recovered”. 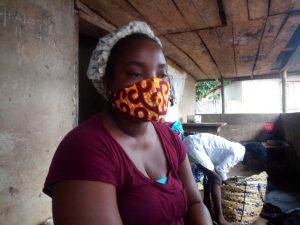 Ketina Tiaklan, a 33-year old businesswoman , says she and her 11-year-old daughter were tested positive for COVID-19, but they have now recovered | Photo By: Henry Gboluma, Jr.

She urged others to be “very careful and prevent themselves from contracting the virus” because of the uncertainties associated with the characteristics of the virus. But she was quick to stress that chances of recovery are very high once a person is tested early, isolated and treated.

“When I began to recover, I said to myself ‘there is hope that we can get well from coronavirus.’ It is not impossible. Not even a death sentence,” she said.

Dominic Vartiker, a health worker who has also recovered from COVID-19, said he became overwhelmed with fear when he was first taken to the treatment center after he tested positive.

But as time went by, he became confident that he would recover. He was later tested twice after 14 days and the results proved negative and then he was released. 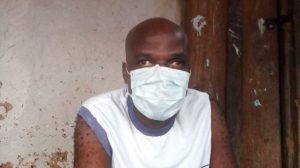 Dominic Vartiker works as a vacinator at a health facility in Gbarpolu County | Photo By: Henry Gboluma, Jr.

Since the outbreak in Liberia, there have been a mixture of fear and denial. And with no accurate known treatment or vaccine for COVID-19, many people are afraid that contracting the virus means a death sentence.

Liberia’s Ministry of Health have asked the public to follow COVID-19 preventive measures and said that it is providing symptomatic care for COVID-19 patients at treatment facilities in the absence of scientifically approved medicine or treatment.

Some have even misconstrued that COVID-19’s fatality rate is similar to Ebola, which infected over 10,500 people and killed more than 4,000 people in Liberia between 2014 and 2015.

On the other hand, COVID-19, which has infected 1,207 people in Liberia has caused the death of 77 with 691 persons recovering as of August 1, 2020, according to the National Public Health Institute of Liberia.