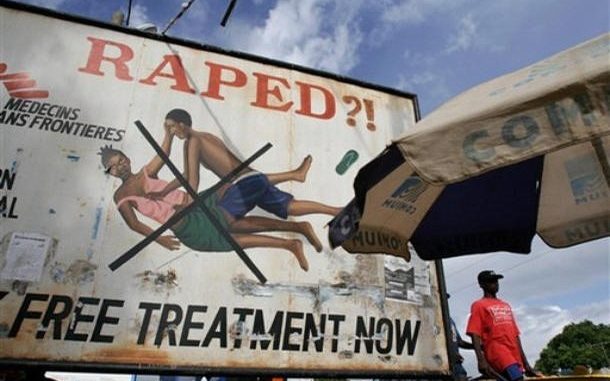 Monrovia – Data seen by Joy FM suggests that there is a sharp increase in the number of sexual and gender-based violence (SGBV) cases in Liberia during the first half of 2020.

Earlier this year, Liberia recorded its first case of COVID-19 on March 16 – when the Executive Director of the Environmental Protection Agency (EPA), Mr. Nathaniel Blama, tested positive for the illness upon his arrival from a high-level international conference in Switzerland.

Since then, Liberia has been dealing with the threat of COVID-19 – while at the same time, there are also increasing concerns about a surge in SGBV cases amid the global pandemic.

Statistics released by the Ministry of Gender, Children and Social Protection (MoGCSP), the Association of Female Lawyers of Liberia (AFELL), and the Liberia National Police (LNP) suggest a rapidly increasing rate of SGBV cases reported since the outbreak began.

Among the many cases officially reported was a case involving a-15-year-old girl who was allegedly raped by her stepfather. News of the rape went viral on social media, and mainstream media has also been reporting on her ordeal.

According to the country’s Gender Minister, Williametta Saydee-Tarr, there were more than 600 rape cases, and an additional 79 cases of sexual assault reported in Liberia between January to May 2020.

Also included in the overall number of rape cases are a total of 43 cases of gang rape, according to the Gender Minister.

“This represents the entire country, but there are more cases to report by our social workers across the country,” Minister Tarr said.

Speaking specifically about the rape of a 15-year-old girl by her stepfather in Lofa County, the Minister stated that the alleged perpetrator was immediately arrested, following a tip-off from a whistleblower.

“The stepfather was trying to run away, but thank God for another whistleblower who informed us about this, and the father was apprehended. When I say we got involved, I mean our social workers, myself, everybody hands on deck, 102 and the police director. Before you knew it he was apprehended,” the Minister stated. “And he came in and confessed. It was not a situation where the perpetrator will say I didn’t do it. He makes it easier, and so justice will be served for the little girl.” 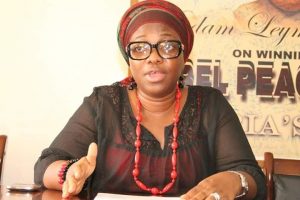 Gender Minister, Williametta Saydee-Tarr says despite the alarming cases of SGBV, much has been done by the government and its partners to remedy the situation

Despite the alarming cases of SGBV, the Gender Minister reckons that much has been done by government and partners to remedy the situation.

She revealed that the Ministry has improved reporting of such cases by creating a hotline, as means of receiving information from the community.

She furthered that the Ministry has also strengthened its collaboration with other government agencies, including the Police and Ministry of Justice as well as health facilities.

“We were warned that we have to pay attention to issues within the community that will be arising on sexual and gender-based violence. We were warned as countries where the cases might go up because in cases where there are wars or pandemic, women and children are the most affected,” she said.

“Right away President Weah in his own wisdom created the all women girls pillar – specifically, it shows that we were looking at response in a gender sensitive manner.”

Minister Tarr-Saydee added that the pillar also includes other actors such as UN Women, UNFPA, UNDPA and Civil Society Organizations, who are working together to strengthen the national response against SGBV during the pandemic.

Corroborating the Gender Minister’s report, Liberia National Police spokesman, H. Moses Carter said there have been more incidents of SGBV during the period of the pandemic than before the outbreak.

He stated that over 50 SGBV cases are currently being investigated by the police or sent to court, stressing that, “Before the lockdown the numbers were not as high.”

Carter named public awareness as the main effort by the police in addressing the issue of SGBV across the country.

“That’s why we are doing more public awareness on SGBV urging men, women, girls, and boys to desist from engaging in acts that are undermining the protection of juveniles, protection of women and children. So, these are some of the education we are currently carrying out. We have a team that is going around the country and making sure we can provide some education,” he said.

The Association of Female Lawyers of Liberia (AFELL) is one of the many organizations working towards achieving gender equity and equality through the protection of all sexes. According to AFELL’s leadership, the organization is concerned that access to justice during the pandemic is a challenge for many SGBV victims.

Cllr. Vivian Neal, President of AFELL, says accessing justice amid the pandemic remains a serious challenge for the government and its partners due to adjustments made in the justice system, as a result of the health crisis.

“It’s actually a challenge when it comes to access to justice, because most of the cases should be going through jury trial and jury trial has been suspended in order to observe the health protocols and decongest the prison so it’s a challenge,” Cllr. Neal said.

“Lots of cases just emerging, and we wonder why? Either because people are staying home, and they are locked down with their abusers – that could be one of the factors – but government is doing everything to have those people arrested.”

Despite the challenges, Cllr. Neal says AFELL has made “great effort in addressing the menace by working collaboratively with key stakeholders including government line ministries and agencies.

“We been having series of meetings with the Ministry of Gender and we are trying to strategize on how to give out awareness to reach out to the masses, to be able to take preventive measures with respect to [stopping] sexual gender-based violence. Basically, that is some of the things we are doing,” she added.